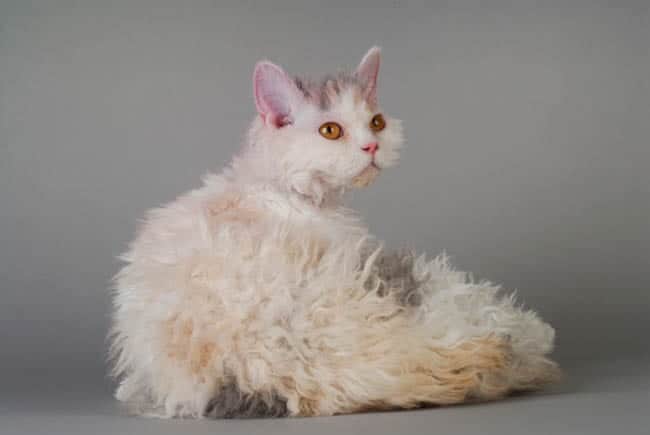 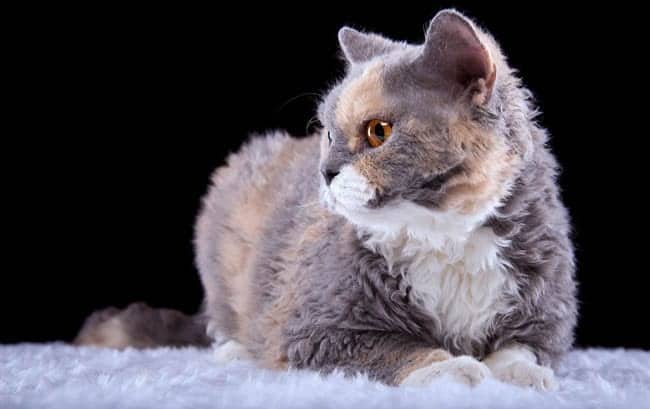 The Selkirk Rex is a curly-coated breed of cat, which originated in Sheridan, Montana as a result of a single kitten who was born with a long, curly coat.

The breed is known for its laid-back and calm personality; they are extremely sociable and thrive on human company. The Selkirk Rex makes a great family pet due to their easy nature. 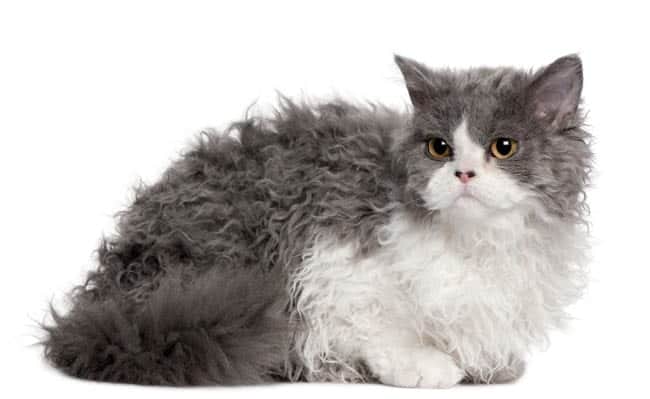 As far as cat breeds go, the Selkirk Rex is a relative newcomer to the cat fancy. The breed originated in Sheridan, Montana. In 1987 a kitten with a curly coat was born to a litter of otherwise normal kittens. The mother, along with her babies, had been taken to an animal shelter in Wyoming.

The kitten was originally named Curly-Q found a home but was returned because she cried too much. This time, Peggy Voorhees of the Bozeman Humane Society in Wyoming took the unusual kitten to a Persian breeder by the name of Jeri Newman. At 14 months, this girl, who was now named Miss De Pesto, was mated to a black Persian called Photo Finish. The resulting litter of six kittens contained three curly-coated kittens and three straight-haired kittens. Of the three curly-coated kittens, one was a black and white male (Noface Oscar Kowalski), one tortoiseshell female and one black female. The following year, Oscar was bred back to his mother, and four kittens were born, three curly-coated, one with straight hair.

Outcrossing is still permitted to advance the breed; current outcrosses are the Persian, Exotics and British Shorthair.

It is said the name came from the Selkirk Mountains in Wyoming, but there are no such mountains there, the breed gets its name from the surname of Jeri’s stepfather.

The breed achieved championship status with the Cat Fanciers Association in 2000. 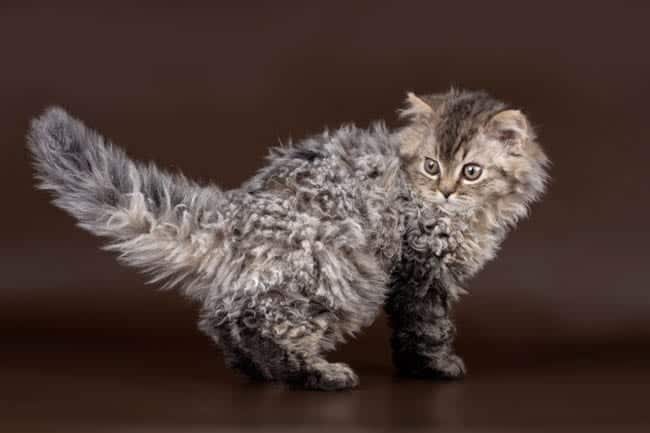 Unlike other rex breeds, the gene responsible for the curly coat is dominant. The coat can come in long or short hair. Kittens are born with curls, which disappear around six months and then reappear when the kittens are around ten months old. The whiskers are also curly.

The Selkirk Rex comes in all colours and patterns; there is also a straight-haired variety, which is usually cheaper than the curly-coated cats.

The body is muscular and stocky with heavy bones; the legs are a medium length and paws are round.

The head is large and round with a short muzzle. 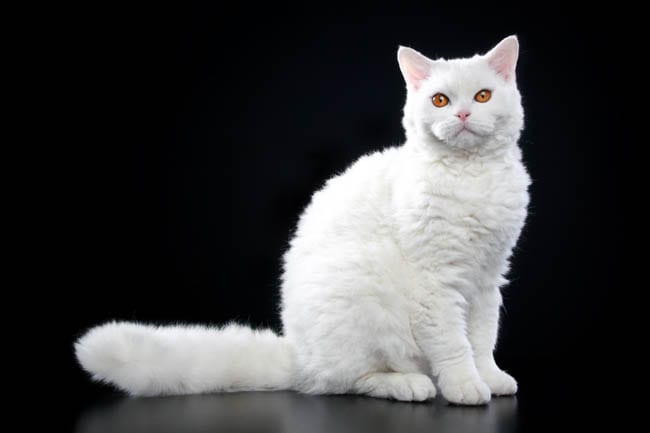 The Selkirk Rex is a laid-back breed of cat, similar to that of their Persian and British ancestors. That doesn’t inhibit their playful nature, though. They do love a game but are not highly active like some other breeds can be.

An extremely sociable breed who gets along with everyone, including children and pets, Selkirk Rexes are extremely affectionate and love to sleep on human laps.

Words used to describe the breed include patient, tolerant, affectionate and playful.

Despite the appearance of the coat, it requires little maintenance. A gentle weekly groom should be enough to keep it in good condition.