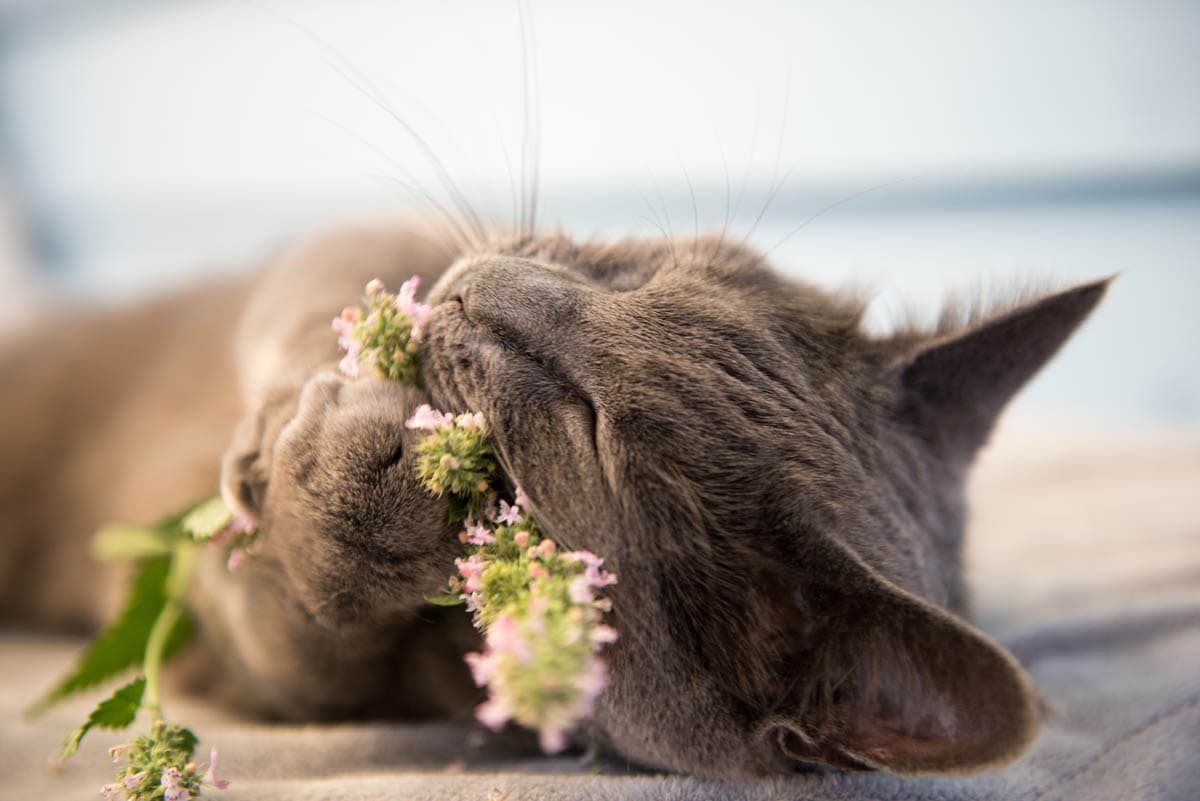 Catnip (Nepeta cataria) and silver vine (Actinidia polygama) are well known for their effects on cats. New research has found a link between these plants and a protective effect on these plants. Led by Masao Miyazaki, a biochemist and veterinary scientist at Japan’s Iwate University, researchers extracted the chemical responsible for the high in silver vine (known as matatabi in Japan), a potent iridoid known as nepetalactol which has a similar structure to nepetalactone in catnip. Iridoids are secondary metabolite which are small molecules produced by an organism not necessary for growth, development or reproduction.

Nepetalactol was found to activate the cat’s opioid receptors which induce a high similar to that of human opioid medications (morphine, oxycodone etc). Cats who showed a response to nepetalactol were administered naloxone, an antagonist of μ-opioid receptors, and showed a reduced response. This demonstrated that the μ-opioid system is involved.

It has long been known that nepetalactol in catnip is also an effective mosquito repellent and during trials, researchers compared the number of mosquitoes (A. albopictus) which landed on the heads of anesthetised cats treated with nepetalactol compared to cats who were not. The cats covered in nepetalactol attracted significantly fewer mosquitoes than the untreated cats. Therefore, cats are not only exposing themselves to these plants to feel good, but nepetalactone and nepetalactol also confer a protective effect by repelling mosquitoes.

What all of this means

Animals engage in behaviours that feel good, which includes quenching a thirst, eating, mating, toileting, and avoid situations that feel bad (running away when the cat carrier comes out because they know it means a trip to the veterinarian or chewing on a spiky plant). Rodents have a natural aversion to the smell of cat urine, which is founded on the principle of self-preservation. Interestingly, when infected with Toxoplasma Gondii, rodents become attracted to cat urine, which increases the rodent’s risk of predation by cats.

The high experienced by cats to catnip and silver vine may not be critical for the cat but it definitely has its benefits. Mosquitoes can transmit heartworm to cats, therefore catnip and silver vine offer more than a ten minute high, rubbing on these plants protects them from mosquito bites. Also, cats are ambush predators, they sit and wait for the right moment to catch their prey. Mosquitoes buzzing around their head can be a distraction and an annoyance, therefore a  dose of insect repellant before a hunt provides additional benefits.

Effects on other animals

Domestic dogs and laboratory mice were also exposed to nepetalactol in the above research all animals showed no interest.

Similarly, humans don’t enjoy the benefits of catnip or silver vine, however, catnip tea is said to have a calming effect on the body. A word of warning, catnip is also a known uterine stimulant and therefore should not be avoided during pregnancy.