The American Shorthair is a breed descended from European cats, brought to North America by early settlers to keep rodents and vermin away from food stores.

The American Shorthair (ASH) is descended from European shorthaired cats who arrived in North America via early voyagers and explorers. Records suggest that cats were brought to the United States on the Mayflower in 1620.  Cats were popular on ships to keep vermin down and protect cargo from damage.  Once in America, these cats remaining close to their humans, acting as efficient pest controllers on farms. Cats could be found wherever settlements occurred. Unlike today’s pampered felines, these cats would have remained predominately outside, adapting to the often harsh climate by developing a thick, plush coat.

By the 1800s, these cats were known as “shorthairs” and later “domestic shorthairs”. The name was changed to American Shorthair in the 1960s.

In the early 1900s, these cats began appearing at cat shows. Breeders began to selectively breed the American Shorthair, choosing the finest examples of the breed they could. An orange tabby by the name of Champion Belle of Bradford arrived in the United States and was to become the first Domestic Shorthair to be registered. Then in 1904, a male smoke by the name of Buster Brown was the first American born cat to become registered.  Jane Cathcart owned both Champion Belle of Bradford and Buster Brown. 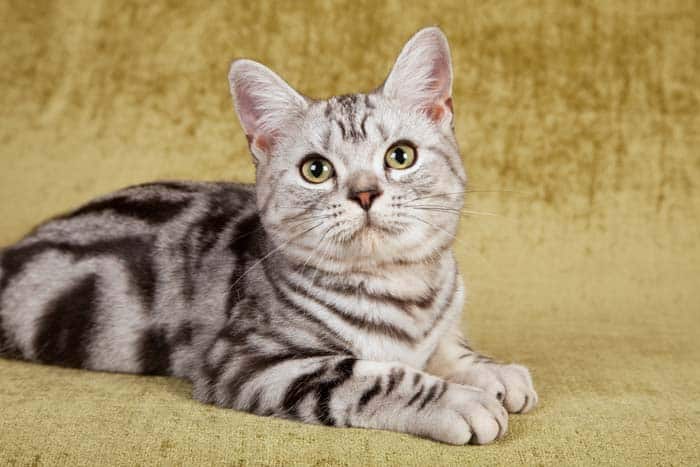 There is nothing extreme about this breed. They are a medium to large cat who is muscular and well boned. The body is slightly longer than the tail. The chest is deep and broad, chest well developed.

Males are typically larger than females.

Round, the nose is average length with a slight break. Wide-set round eyes which range in colour from copper to green.

The coat is short, thick and glossy. It may feel somewhat harsh depending on the time of year. The coat comes in 80 colours, colour combinations, and patterns.

American Shorthairs are an independent breed they like to be around you, but not on you or in your face constantly. A perfect companion for the family who enjoys the company of a cat who likes to be around, but not constantly needing attention. Females are more active than their male counterparts.

This is a breed who gets along well with children and adults alike. 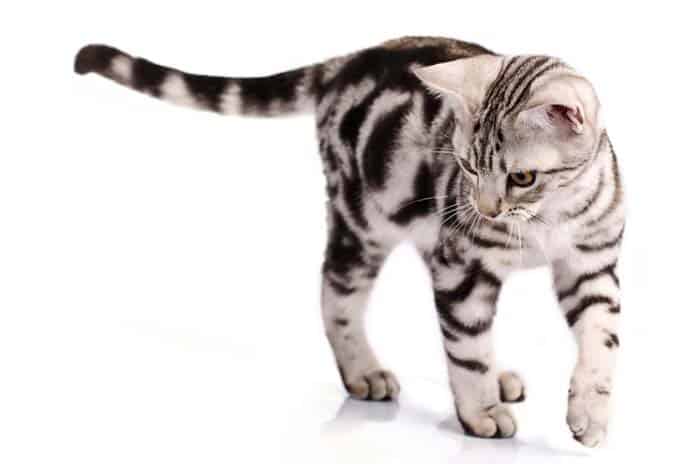 Clean the teeth daily with a cat toothbrush and toothpaste, or feed raw chicken necks/chunks of beef two to three times a week.

Annual veterinary visits are a must, increasing to twice a year from seven years of age so that any health problems can be picked up quickly. 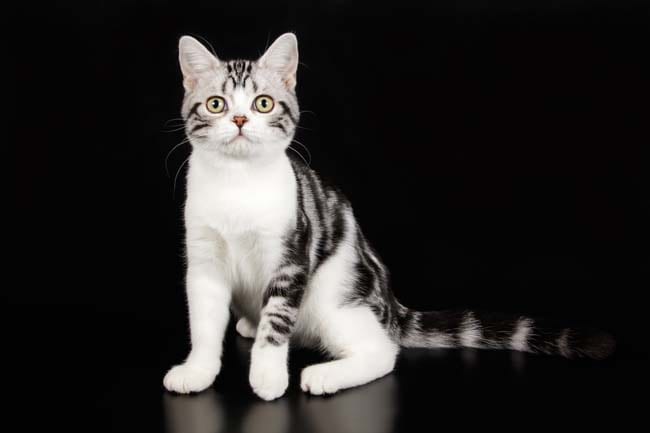