Another relative newcomer to the cat fancy is the Australian Mist. Developed by Dr Truda Straede of Nintu Cattery. It began in 1977, when Dr Straede wanted to develop an Australian cat with the characteristics of both the Burmese and the Abyssinian, also incorporating the domestic shorthair into the mix. A breeding plan was submitted to the Royal Agricultural Society of NSW Cat Control (now the NSW Cat Fanciers Association). The first generation was accepted on the experimental breeding register in 1980 and the first litter of fourth-generation cats was registered in April of 1986.

The Burmese were used for their laid-back nature and dilute colours, the Abyssinians for their ticking and the domestics for their spots and vigour. The gene pool of over 30 cats consisted of half Burmese, quarter Abyssinian and quarter domestic. Australian Mists were originally called the Spotted Mist, which fit the breed of the time, however, the name was changed to the Australian Mist when the marbled pattern was introduced in 1998. 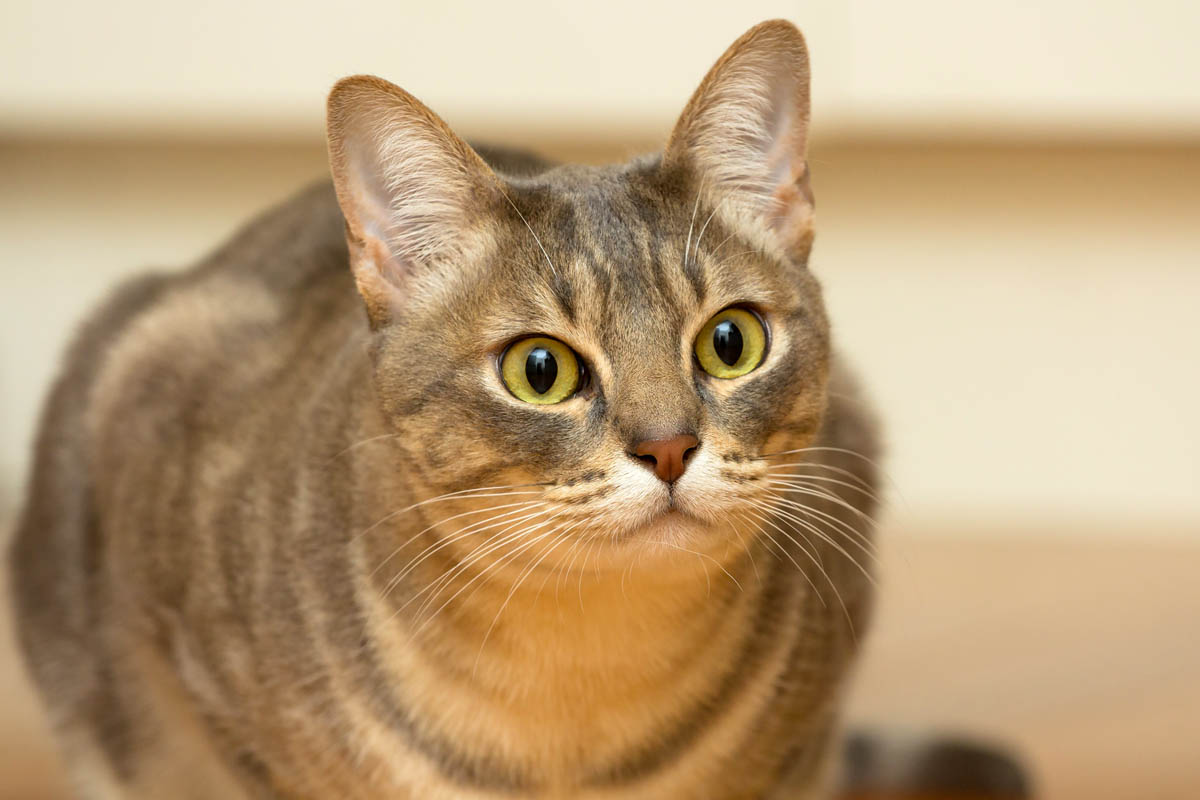 The Australian Mist is a medium-sized and well-proportioned breed with no extreme features.

The slightly round head is large, the nose has a slight dip with no break, large green eyes, medium to large ears, wide at the base, firm chin and strong whisker pads.

A short coat that has spots or marbles. The Australian Mist comes in seven colours, peach; brown; blue; chocolate; lilac; caramel and gold.

The Australian Mist is an extremely friendly, playful and outgoing cat. It gets along well with people, including children and other pets, making it the perfect family pet.

They thrive on human companionship and like to be near their human family all the time. Due to their nature, they make the perfect indoor pet.