The British Longhair is a medium to large semi-longhaired cat who originated from Britain and is essentially a British Shorthair with longer fur. 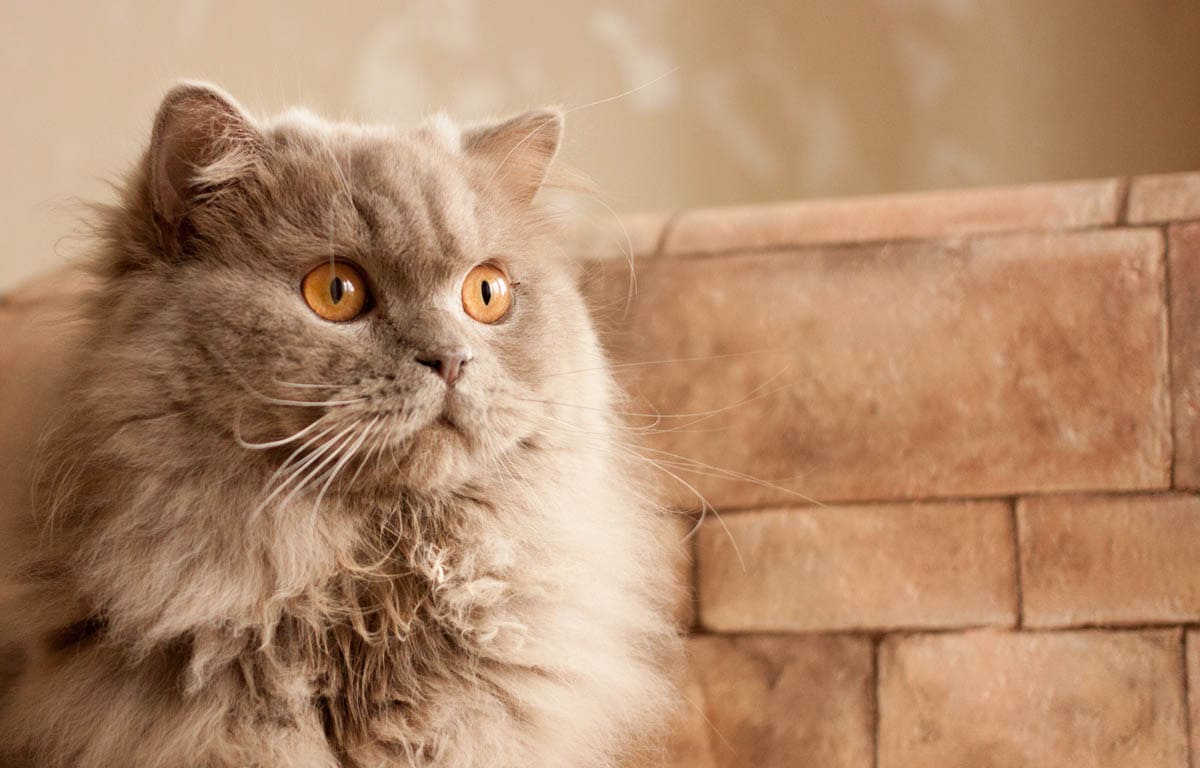 Romans brought cats from Egypt to Greece and throughout the Roman Empire, and from there, there are two possible theories as to how the British Shorthair evolved.

The British lines were almost lost after World War II and breeders crossed domestic shorthairs with Russian Blues and Persians to re-establish the breed and longhaired kittens would occasionally be born, these kittens were referred to as British Shorthair Variants and sold off as pets.

There is scant information on who was responsible for going forward with these longhaired offspring, but we do know that the British Longhair obtained championship status with The International Cat Association (TICA) in May 2009, which is recognised with FIFe and is in the stages of recognition with the GCCF.

The British Longhair is a large and powerfully built cobby breed with substantial boning and firm muscles. Broad shoulders, well-rounded chest and a level back.

The head is large and well-rounded with broad, wide cheekbones, a round forehead which leads to a short, straight nose, round chubby cheeks and prominent rounded whisker pads. Medium-sized wide-set ears are broad at the base and slightly rounded at the tip.

British Longhairs have large, round eyes which are set wide apart. Accepted eye colours are green, brown, copper and blue in pointed cats.

The coat is dense and semi-long. A ruff around the neck, ear tufts and britches on the hind legs are desirable. All coat colours and patterns are accepted although blue is the most recognised colour. Accepted colours include self (solid), tabby (spotted, mackerel, classic and ticked), tortoiseshell, bi-colour, smoke, tipped, colourpoint and colourpoint and white.

The British Longhair is a laid back, gentle and affectionate breed. They enjoy attention but are not as demanding as other breeds can be. Males in particular welcome attention from everyone, females can be more reserved. Brits like to be near you, but are not a lap cat, preferring to sit close by.

Generally a chilled breed, but playful without being over-active. They get along well with children and other pets, as long as they are not rowdy and their space is respected. British Longhairs are content to spend time on their own as long as they are provided with an enriching environment to keep them occupied between naps.

The British Longhair is easy to care for but will benefit from a daily groom to keep the coat tangle-free.

All cats should see a veterinarian once a year for a health check. Talk to your veterinarian about the most suitable vaccination schedule for your cat as this can vary from council to council as well as the cat’s risk factors.

Regularly treat the cat for internal worms and external fleas. Even indoor cats can get fleas and worms.

Dental care is important for all cats, brush the teeth once a day with a cat toothbrush and toothpaste.

Provide an enriching environment with cat trees, perches and a variety of toys.

British Longhairs can be prone to weight gain, and it is important to keep an eye on portion size and maintain daily exercise with play therapy.

British Longhairs are an overall healthy breed of cat but may carry a small number of inherited diseases due to their British Shorthair/Persian background.

Always buy from a reputable and registered breeder who DNA checks their cats to eliminate inherited diseases in their lines.