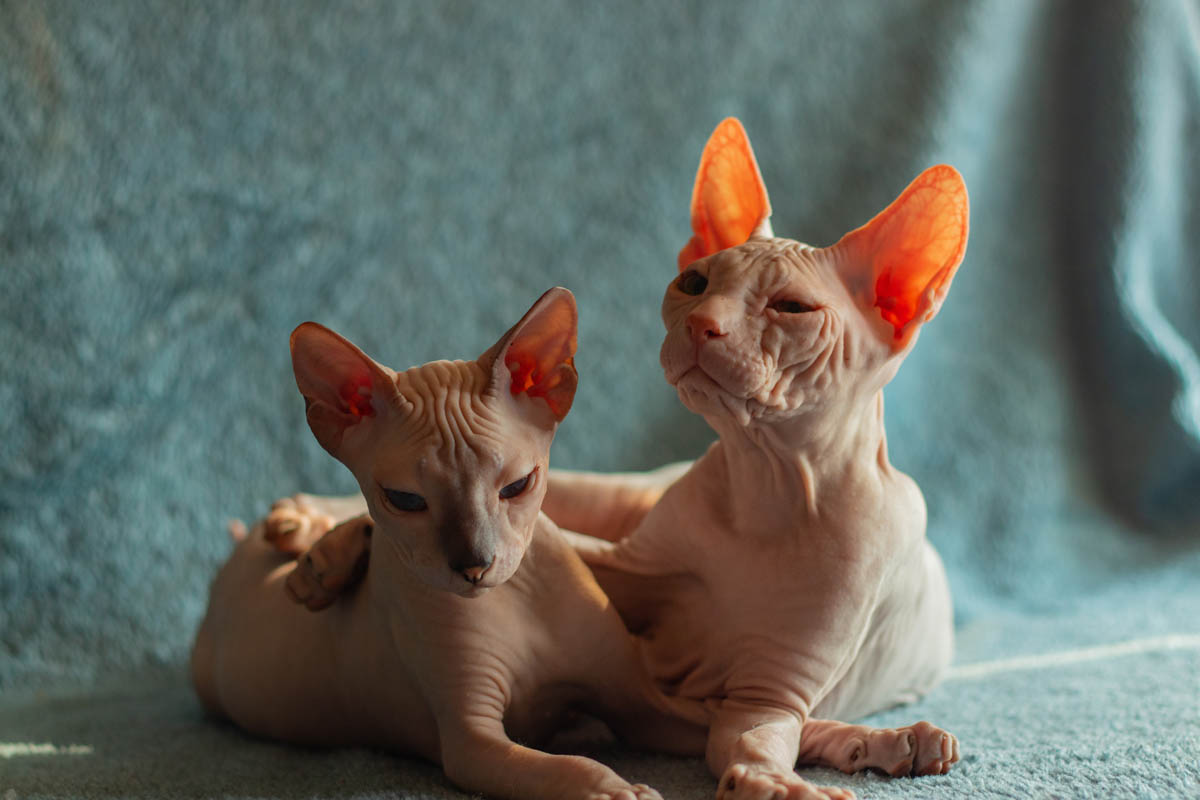 Any cat with fur is capable of shedding; there are several breeds of cat who shed less due to the type of coat they have.

All of the cats listed in this article are still capable of causing allergies to sufferers. The protein responsible for allergies is known as Fel D1 and is shed by the sebaceous glands and in the saliva and urine. Fel D1 is found on cat dander, which is minute particles of dead skin which your cat is continually shedding. Even cats with a small amount of fur or fuzz will drop skin particles and a small amount of fur although it is likely to be less than normal coated short and long-haired breeds of cat.

The most well known of the Rex cats are the Devon Rex and the Cornish Rex. Both of these breeds originated from spontaneous mutations around the same time in the late 1940s and 1950s. The Rex cats are known for their short, wavy/curly coat. The Devon Rex has all three types of hair (guard/top, awn/middle, and down/undercoat). However, the Cornish Rex only has awn and down hair, making it incredibly soft to the touch.

Other rex breeds include the LaPerm, German Rex, and the Selkirk Rex. 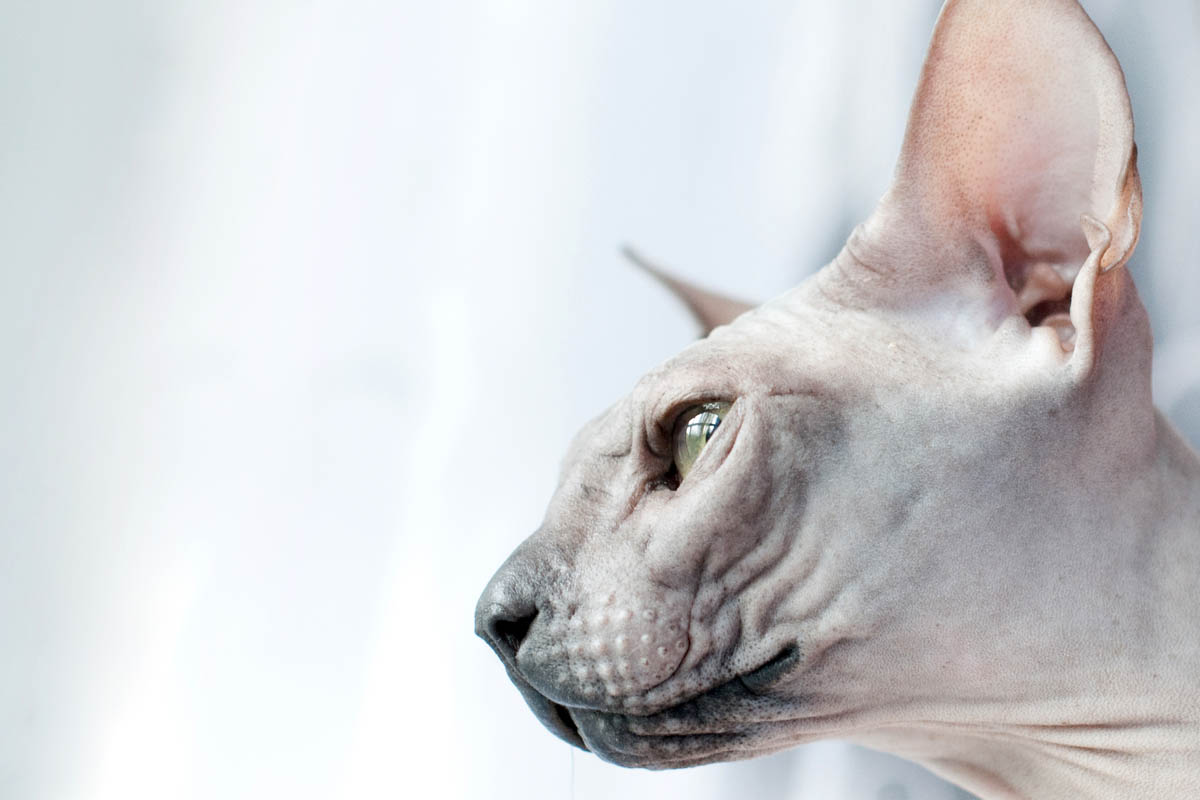 There are several breeds of hairless cats, the Sphynx is the most recognised. These cats do have a small amount of peach fuzz on their bodies.

The Sphynx cat originally originated from a barn cat in Canada in 1966. However, the breed status was revoked in the early 1970s due to concerns about the fertility of the breed. The Sphynx as we know it today descended from four cats in the United States.

Other hairless breeds of cat include the Don Sphynx (also known as the Donskoy) and the Peterbald. The Don Sphynx originates from Russia where a blue tortoiseshell kitten was discovered in 1987. At a few months old, this kitten (named Varvara) lost her coat, which never grew back. The same thing happened to several kittens in a litter Varvara delivered and selective breeding commenced to create the new breed. 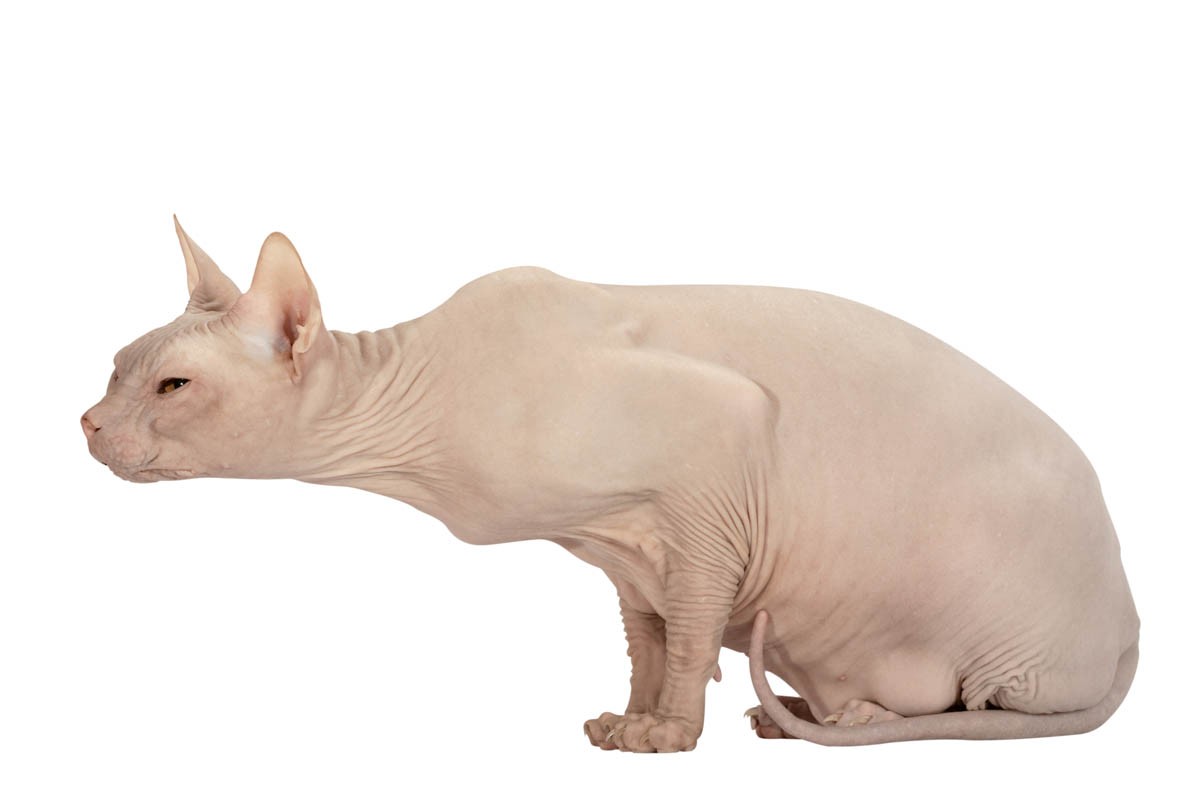 The Peterbald is a close relative to the Don Sphynx when in 1994 a mating between a Don Sphynx and an Oriental cat occurred.

The Bengal cat is a domesticated cat breed created from hybrids of domestic cats, the Asian leopard cat. It is said that due to its Asian Leopard cat ancestry and pelt-like coat, the Bengal does not shed much.

Feed a premium-quality diet. Higher quality food benefits your cat in so many ways, including coat condition.