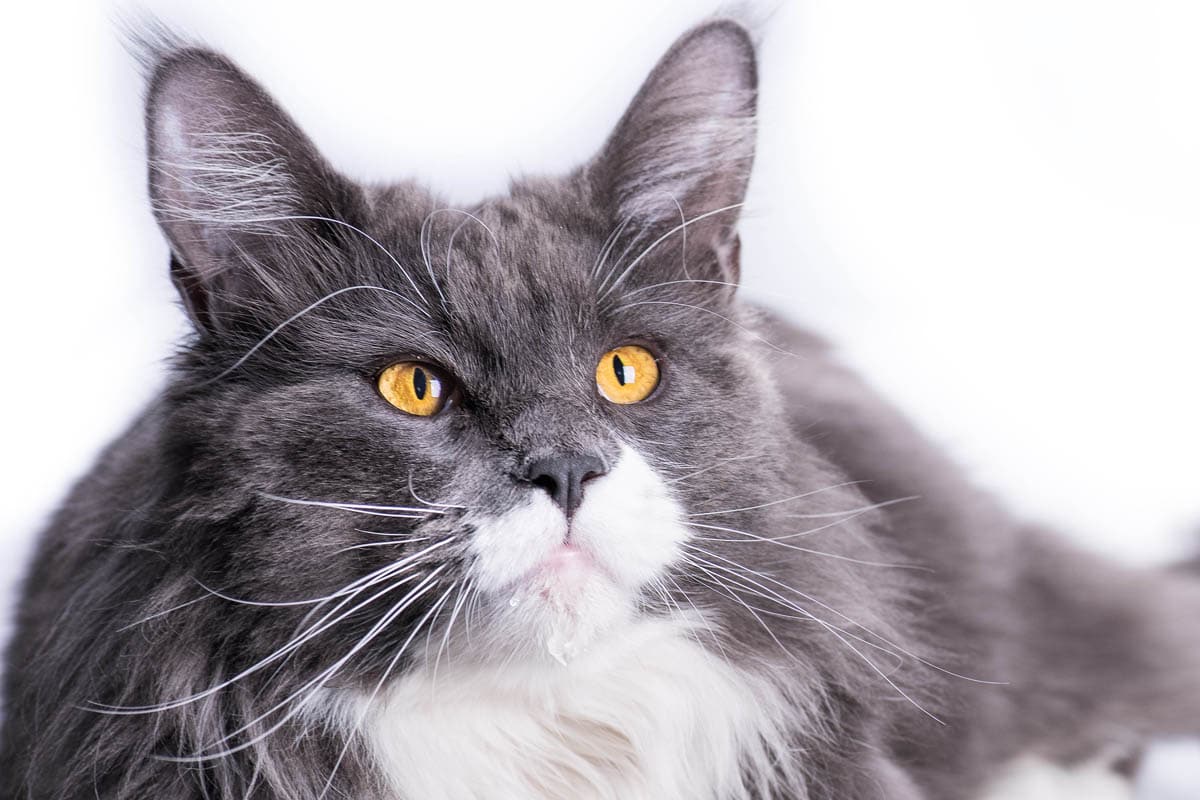 About: Cyanosis is the bluish discolouration of the skin and mucous membranes due to low levels of oxygen in the blood. It is a symptom of an underlying disorder and not a disease in itself.

Symptoms: Can vary depending on the underlying cause but may include blue-tinged skin, gums and tongue, lethargy, loss of appetite, exercise intolerance, difficulty breathing and open-mouthed breathing.

Treatment: Depends on the underlying cause but may include surgery, remove of fluid from the pleural space, gastric decontamination if the cat has ingested poison, medications, antibiotics or antifungals, and supportive care such as fluids and oxygen therapy.


Cyanosis is the visible blueness to the skin and mucous membranes which is due to hypoxia (low levels of oxygen in the blood). It is not a disease itself but a sign of an underlying disorder that has resulted in low blood oxygen saturation which leads to increased levels of deoxygenated hemoglobin in the bloodstream.

Cyanosis occurs either as a result of the heart not working effectively enough to circulate blood around the body, the lungs not being able to deliver oxygen to the blood or ingestion of certain toxins which leads to the abnormal form of hemoglobin which is unable to bond to oxygen properly.

There are two types of cyanosis, central and peripheral.


Symptoms may vary depending on the underlying cause.

Peripheral cyanosis will reveal the blue-tinged skin of the affected area. This can often be hard to see on cats due to their fur and often pigmented paw pads.

Generalised symptoms of cyanosis may include:

Symptoms associated with breathing difficulty or lack of oxygen:


Your veterinarian will perform a complete physical examination of your cat and obtain a medical history from you which will include underlying conditions of your cat, other symptoms you may have noticed, any medications or poisons your cat could have consumed. He will listen to the cat’s heart and lungs and will need to perform some diagnostic tests including:


Most importantly, treat the underlying cause as well as relieving symptoms. Most cyanotic cats are very sick and will need to be placed in an oxygen tent until he is more stable.

Also, supportive care may be required such as fluid therapy and nutritional support as well as painkillers if necessary. A blood transfusion may be necessary.