The majority of mine have really enjoyed the wand-type toy with a feather on the end. You can swish it on the ground for them to stalk and pounce and then you can throw it in the air for the cat to attack. A similar toy is a peacock feather used a similar way. 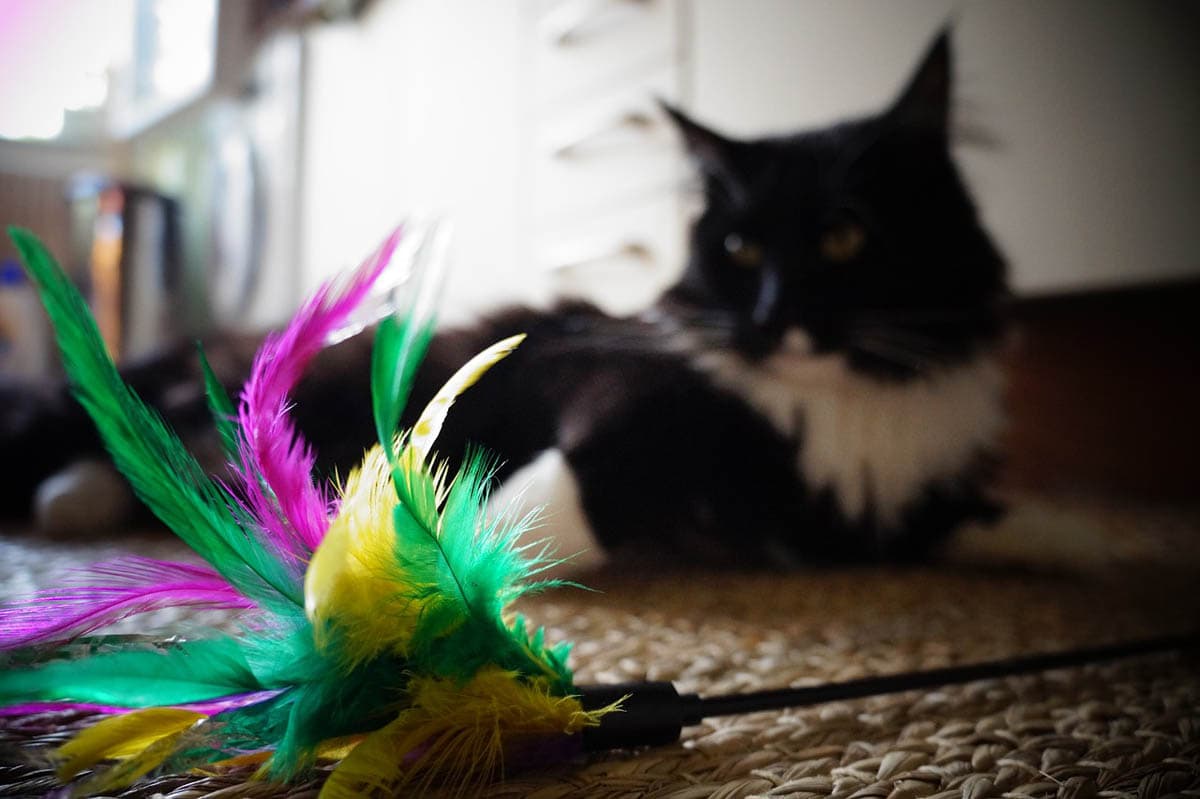 The next type of toy that cats love is the laser pointer. Point it on the ground or the wall and watch your cat run and pounce. Just be careful not to point it in the kitty’s eyes. Extended play with a laser toy can be frustrating to cats as they don’t have the reward of finally capturing the target, so they are best used for a short period at the start of playtime. 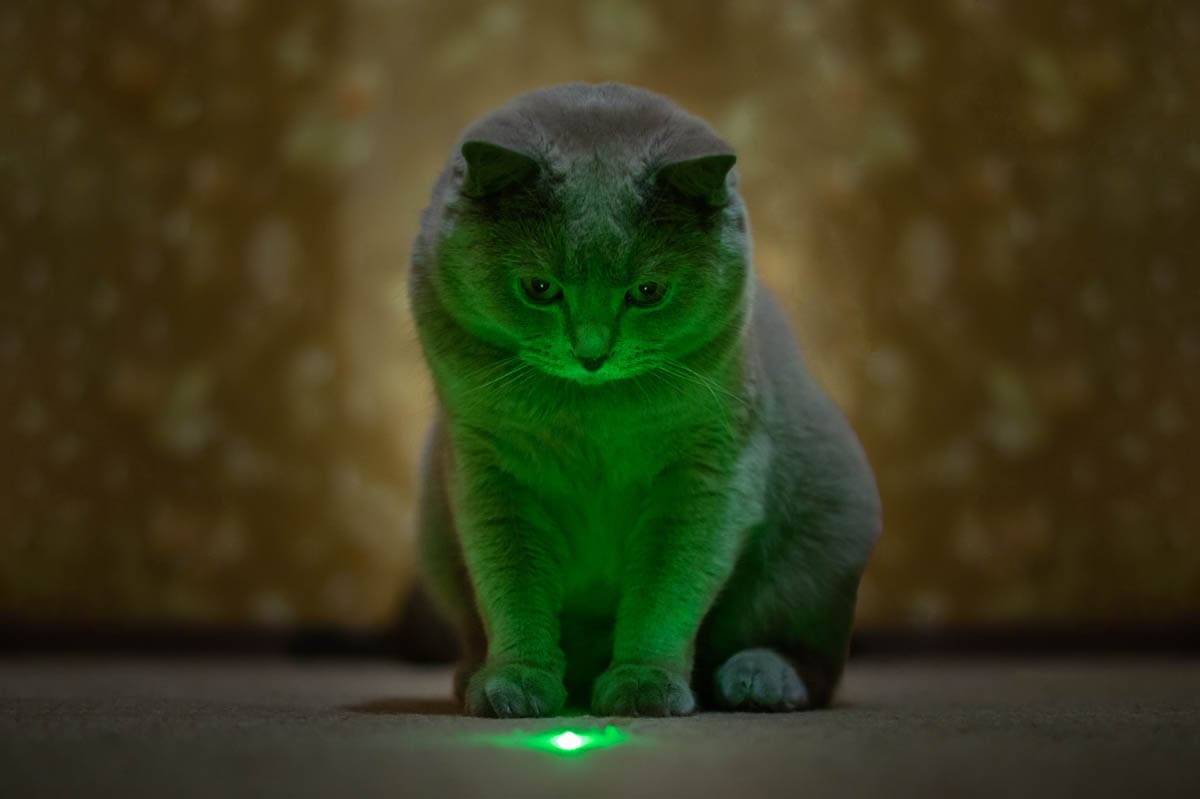 Cats can’t seem to resist playing in cardboard boxes and large paper bags (never use plastic). I had a friend who would stick together several boxes with holes in them for the cats to play in. They seemed to have hours of fun playing and hiding in them.

Toys in which you can hide food treats are popular with cats. These are less interactive than other toys but are a good idea if you have a cat who is up all night or when you are out for long stretches of time. They provide your cat with the challenge of working to get the food reward and keep him occupied.

Some cats go crazy for catnip, others seem immune to it. Most toys come in the form of a mouse or similar. Pick it up, throw it, let your cat maul it, repeat.

Similar to the catnip toy, minus the high. Some cats go absolutely crazy for toy mice. Stalking, batting, picking up and throwing into the air, chasing again. Lots of fun.