The Khao Manee is a rare, natural breed of cat from Thailand with a stunning white coat and blue, gold or odd-eyes (blue and green or yellow). Several other breeds have originated from Thailand including the Siamese, Burmese and Korat. 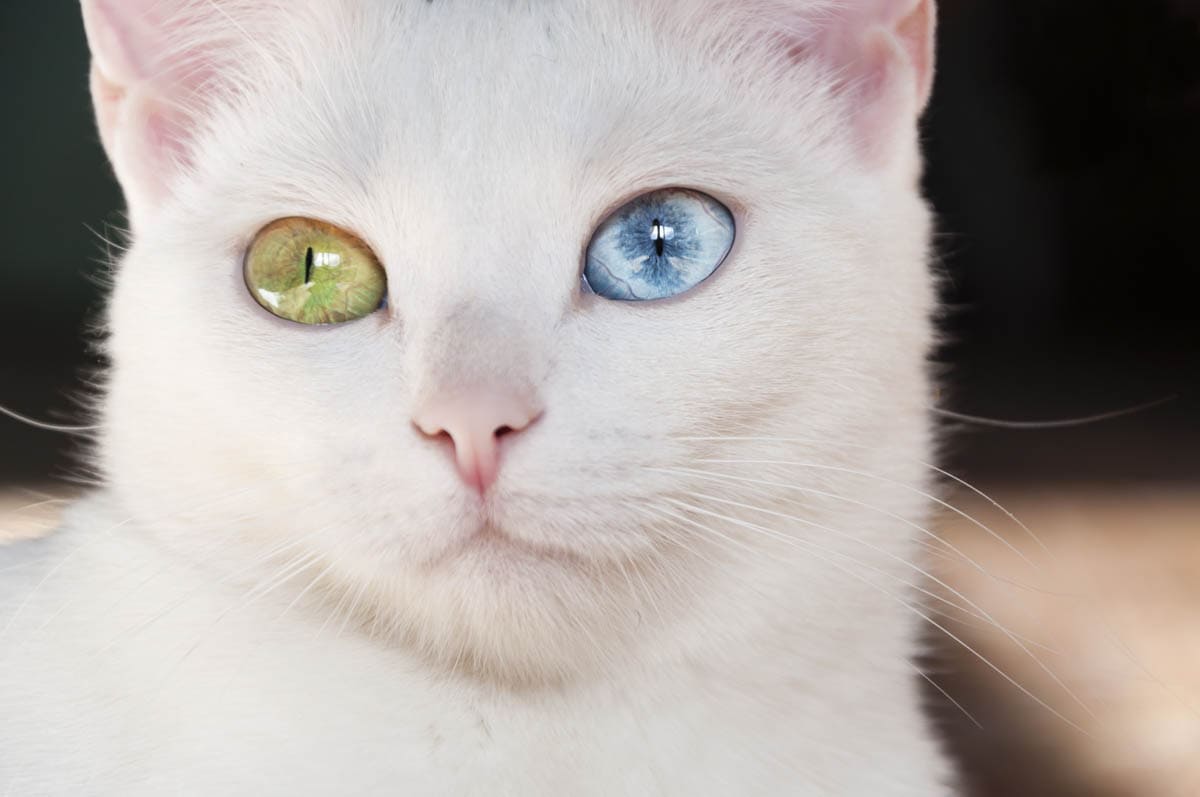 Martin Clutterbuck describes the Khao Manee description in his book The Legend of Siamese Cats:

Completely white, eyes of clear mercury, this cat if in any house, brings long life and title, material wealth coming in with no decrease will be entertained with all things in happiness.

As of 2007, the Khao Manee has begun the new breed application process in TICA and was promoted to Advanced New Breed in 2013.

GCCF granted the Khao Manee Exhibition Only status in 2010.

CFA placed the Khao Manee in Miscellaneous Class in 2018, which is their starting point for new breed recognition and the breed to be exhibited at shows and provides judges with the opportunity to examine the cats and plan a breed standard.

Interesting fact: The name diamond eye comes from the unusual starburst pattern around the pupils of the eyes which resembles that of a diamond cut.

The Khao Manee is a medium-sized cat with a white short and close-lying coat that is smooth and has very little undercoat. As with most Thai cat breeds, the Khao Maneeis a semi-foreign type; lithe and athletic with medium boning. Males are slightly heavier than females.

Head: Modified wedge, with high cheekbones and a straight nose. Ears are large and wide at the base.

The Khao Manee is a curious, active, playful and outgoing cat. They need to interact with their human family and do not like to be left on their own long.

Is my cat a Khao Manee?

Unless the cat was purchased from a Khao Manee breeder and can trace the cat’s origins back to Thailand, then it is unlikely. White cats (even white cats with odd eyes) are found throughout the world. Some purebred cats do find their way to shelters, but with only a handful of breeders (at best) the chances of such a rare breed (outside of Thailand) turning up in a shelter would be extremely unlikely. As far as I am aware, there are no Khao Manee breeders or Khao Manee cats in Australia.

Most white cats with blue, gold or odd eyes are domestic shorthairs, which makes them no less special.