The LaPerm is a unique looking cat with a coat of ringlets or curls which came about as a spontaneous mutation in a kitten born in 1982. 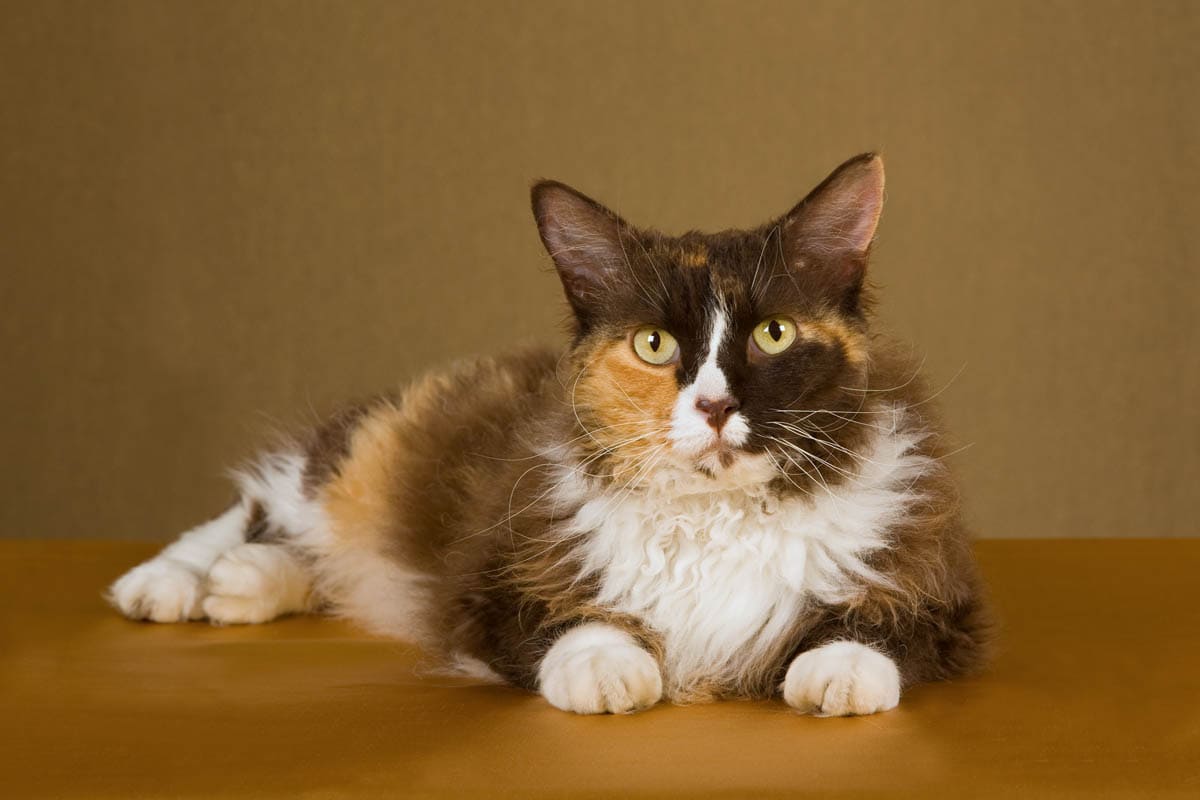 Also known as the Dalles LaPerm, the LaPerm history begins on a cherry farm in Dalles, Oregon belonging to Linda and Richard Koehl. In 1982 a tabby barn cat named Speedy gave birth to a litter of six kittens. One of these kittens was born completely bald, but when her fur grew in, it had a curly appearance. Not only did Curly have an unusual coat, but she also had the appearance of other types of Rex cats. Curly also had an unusually sweet nature.

The kitten, now named Curly lived on the farm and went on to have a litter of five males, all kittens in this litter were born bald but grew the same curly coat as their mother within a few weeks. These five boys went on to mate with local cats, including the neighbour’s black cat, who also produced a litter of five curly-coated kittens. 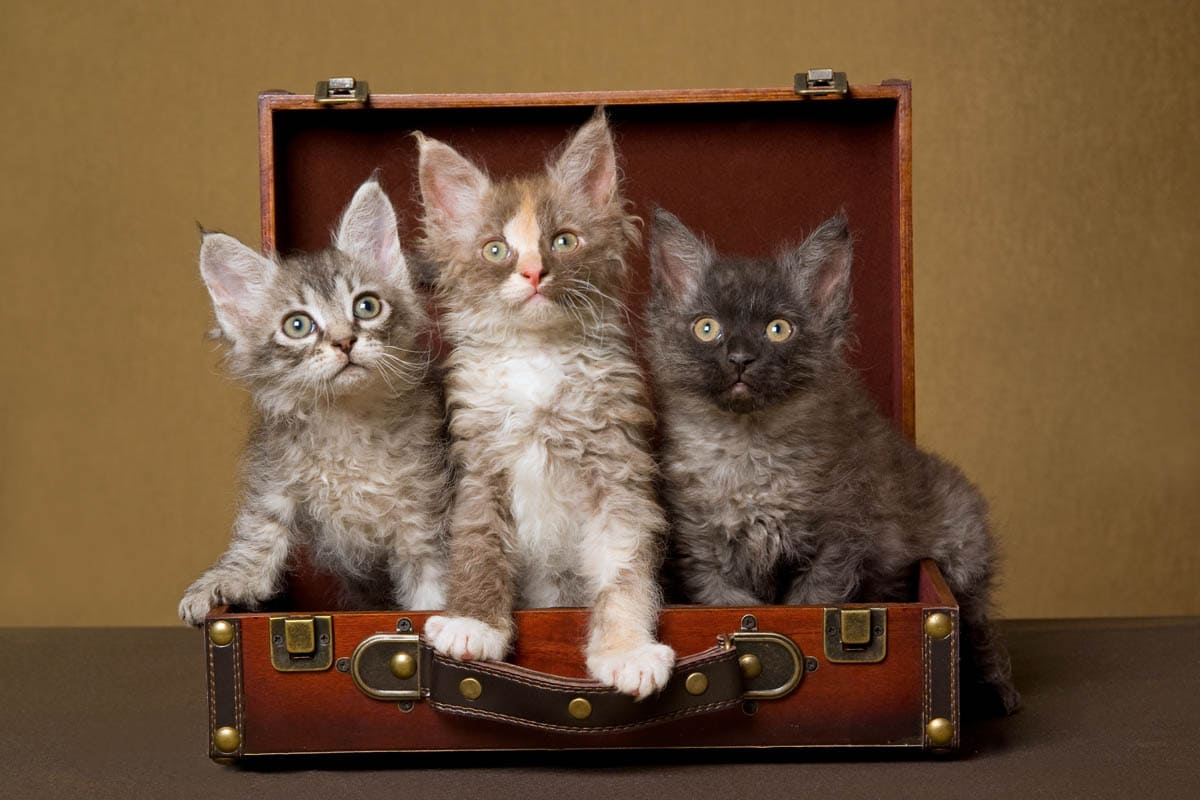 At this time, the Koehl’s did not attempt to intervene with nature, and just let these cats do what cats do best and expand their feline family. It was not long before there were several curly-coated cats. Eventually, Linda began to research this unusual trait and found out it was due to a dominant rex gene. The Devon and Cornish Rex genes are recessive, but the LaPerm rex gene is dominant, which means that only one parent needs to carry the gene to pass it on to its offspring. Linda decided to establish a breeding programme and establish the LaPerm as a new breed of cat. 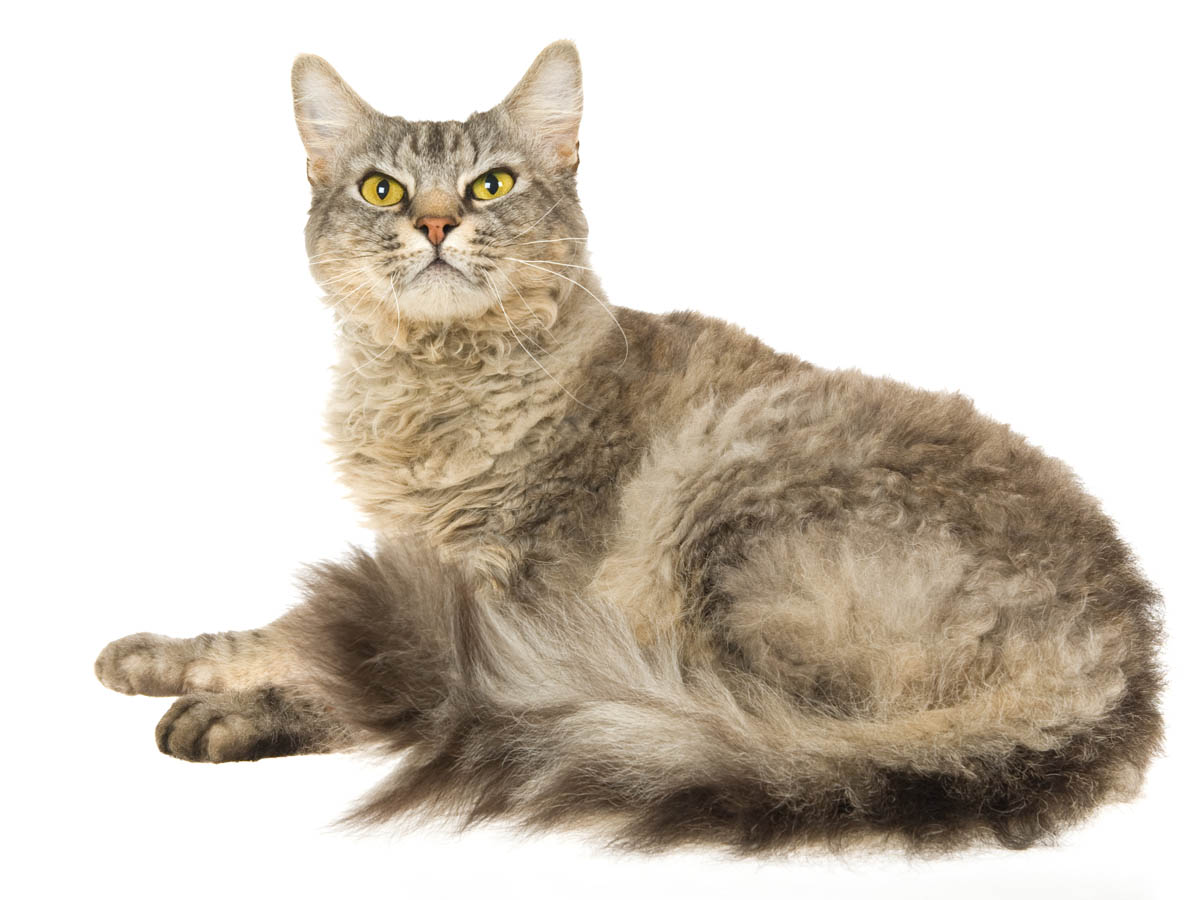 The coat of the LaPerm stands away from the body and can be curly, wavy or rippled, long or short. It is incredibly soft to the touch. The whiskers are also curly. They come in every colour and pattern imaginable.  It can take three years for the coat to mature.

The LaPerm is a medium-sized cat of moderate foreign type. The legs are long; the hind legs may be slightly longer than the front legs, paws are round. The cat is well muscled and surprisingly heavy when picked up.

The head is a modified wedge that is longer than it is wide, with large, almond-shaped eyes. The ears continue the modified wedge shape and are medium to large. The nose is long and straight. 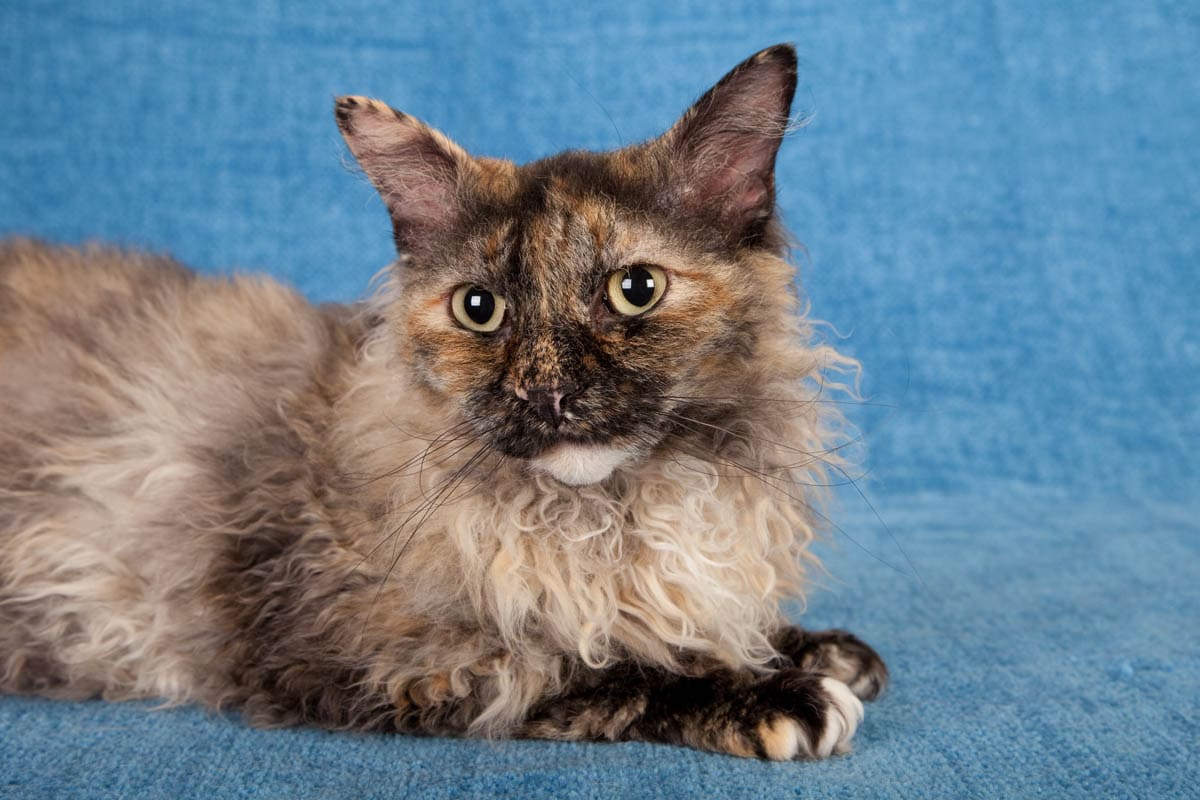 The LaPerm is gentle, sweet, loving, loyal and affectionate.

They are an intelligent and active breed of cat but are also happy to be a lap cat when given the opportunity. They are dog-like and like to be close to their human companions at all times.

The LaPerm gets along well with people, including children and other pets and make an exceptional family pet.