Myelodysplasia syndrome (MDS) is a group of blood diseases arising from dysfunction from the hematopoietic stem cells which start to produce abnormal immature myeloid cells.

The disease causes cytopenias (cytopenia is the medical term for a reduction in any of the three types of blood cells) in the peripheral blood and dysplastic changes in the bone marrow cells.

For cats with myelodysplasia, the myeloid cells start to produce abnormal immature blasts, which are unable to mature and develop as normal blood cells should, or, if specialised blood cells are made, they die shortly before or after leaving the bone marrow. 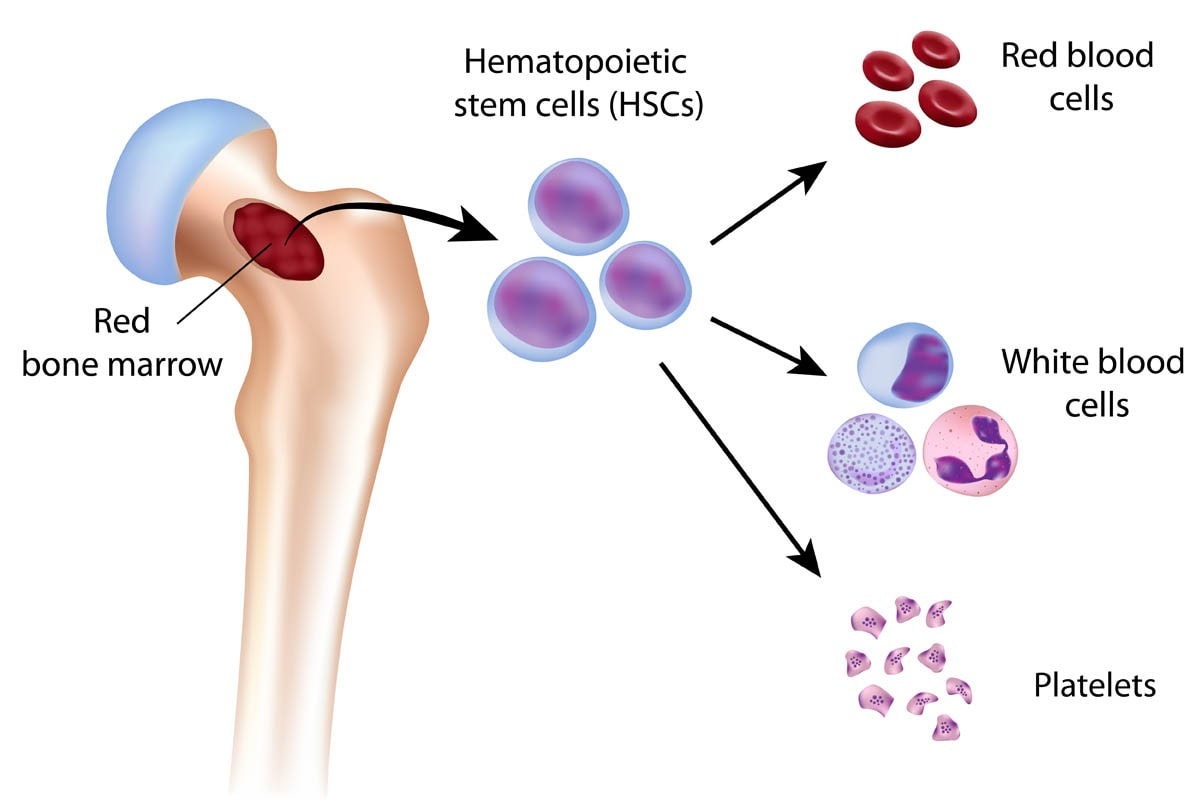 Below is a very basic description of the development of blood cells, which is known as hematopoiesis.

Hematopoietic stem cell > Abnormal immature myeloid cells can crowd out normal stem cells as they are often no longer able to move onto the next step and differentiate into red, white blood cells and platelets, or they do become immature specialised cells but are abnormal > Specialised cells (red, white cells or platelets) aren’t produced, or are produced but are abnormal and die shortly before or after being released into the bloodstream

Usually, the percentage of myeloid cells in the bone marrow is between 2-3%, cats with myelodysplasia often (but not always) have a much higher number of abnormal immature myeloid cells. Once that number goes over 20%, the disease has progressed to acute myeloid leukemia (AML). That is why myelodysplasia is sometimes referred to as preleukemia.

Myelodysplasia can involve one cell line, for example, red blood cell only, or multiple cell lines. Erythrocytes (red blood cells) are the most common cell involved.

Refractory cytopenia with unilineage dysplasia (RCUD) means that your cat has low numbers of one type of blood cell. For example:

Refractory cytopenia with multilineage dysplasia (RCMD) means that more than one type of blood cell is affected.

There are no age or gender predilections with this myelodysplasia, Persians, and Birmans appear to be slightly over-represented. Cats with feline immunodeficiency disease and feline leukemia are at a higher risk of developing myelodysplasia. It may be primary or secondary.

Symptoms depend on the affected cell line(s), but may include:

If more than one cell line is affected, your cat will experience a combination of the above symptoms.

Your veterinarian will perform a complete physical examination of your cat and obtain a medical history from you including any drug therapies your cat has received.

Baseline tests: Biochemical profile, complete blood count, and urinalysis. These can help to show how your cat’s organs are functioning if an infection is present and give a count of the types of blood cells, which will reveal anemia, leukopenia, thrombocytopenia or a combination. There may also be abnormally formed cells in the blood. These will give your veterinarian a preliminary diagnosis.

As there are many causes of anemia, leukopenia, and thrombocytopenia, he will need to perform some additional tests to narrow down the cause.

Blood smears: To examine the morphology (shape and structure) of the circulating blood cells.

The veterinarian may also recommend a feline leukemia virus and feline immunodeficiency virus test as a large number of cats with myelodysplasia are infected with these viruses.

Treatment depends on the type of myelodysplasia and the severity of the condition.

There are three possible outcomes in cats who have myelodysplasia;