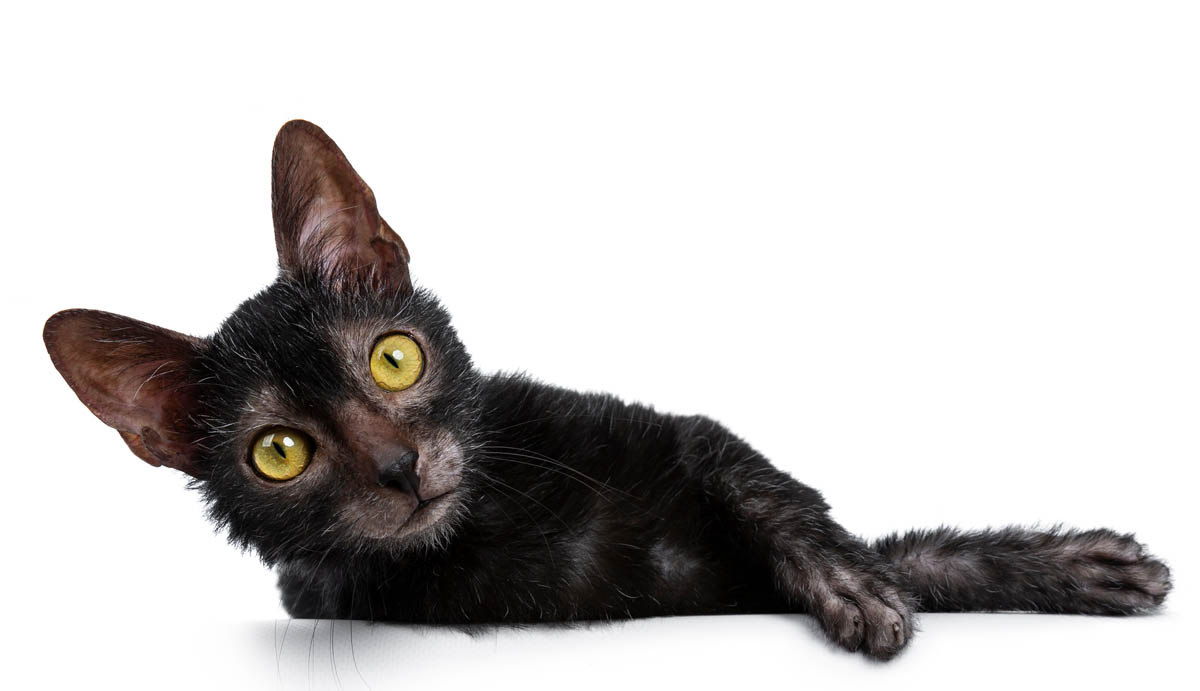 The Lykoi is a unique breed with the look of a werewolf. Named and co-founded by cat breeder Patti Thomas, the Lykoi is the result of selective breeding of several domestic cats who were born with a mutation that made their fur unique.

The first pair (Silver Lining Wolfie and Ray of Hope) were born in 2010 to a black domestic cat (Eve Havah). The two cats were found in a rescue centre, Patti Thomas, a cat breeder in Virginia, acquired them as it was thought they may carry the same mutation as the Devon and Sphynx. Dr Lesley Lyons of UC Davies, California performed genetic tests, and it was determined that the Lykoi did not carry the same gene as the Sphynx or Devon Rex.

Patti entered a contract with veterinarian Dr Johnny Gobble and his wife, Brittany to co-own the cats and establish them as a new breed. The Gobbles adopted two additional cats (Hillbilly Moonshine and Opossum Roadkill) with the same unusual coat in Tennessee. It is these cats who founded the Lykoi breed. To prove it was the same gene, the Gobbles bred two of the unrelated cats, and on 14th September 2011, the first Lykoi to Lykoi kitten was born.

The gene responsible is recessive, which means the kittens need to receive a copy from each parent. From time to time, similar cats appear in feral cat populations and have been added to the gene pool. Outcrossing to black domestics ensures a wide and diverse gene pool.

The name Lykoi is a play on the Greek word lýkos, which means wolf.

The Gobbles’ wanted to make sure these cats were healthy. Seven Lykoi cats were presented to a veterinary practice where their hair, skin, whiskers (vibrissae) claws and teeth were evaluated and skin biopsy samples obtained. The same evaluations and biopsies were also obtained from seven control domestic shorthairs from shelters.

What was found was that Lykois have a decreased number of hair follicles and hair shafts compared to the control cats, and the hair follicles which were present lack the necessary components to form hair and the follicles which can produce hair are unable to maintain the hair. The coat lacks an undercoat and Lykois can shed their entire coat at times. There is a hairless mask that connects the nose, muzzle, eyes and ears giving them the classic werewolf appearance.

The Lykoi is the only cat who has a roan coat (roan also occurs in horses and cattle). This unusual pattern consists of white (amelanistic) hairs intermixed with another colour, the ideal coat is a 50% mix of each colour. The Lykoi comes in several coat colours, however, black roan is the most recognised colour.

Kittens are born black (or another solid colour), but the coat falls out within a few weeks and is replaced by the roan coat. The amount of coverage can vary from cat to cat as well as the hair cycle. There is a minimal undercoat, and longer guard hairs cover the body, which feels soft to the touch.

The amount of hair can range from completely hairless to an almost full coat, however, all Lykois have a minimal to non-existent undercoat.

Words used to describe the Lykoi include intelligent, playful, inquisitive and loyal. Lykois love to be near their human family and get along well with children and other pets.

The breed has a strong prey drive from their feral origins, but are also very dog-like in personality and will wag their tails when they are excited.

They like to be with their human family and don’t do well if left on their own for long periods of time.

The sparse coat of the Lykoi means they are at increased risk from the sun and must be indoor cats. If they do go outside, provide adequate shelter.

The lack of an undercoat makes the Lykoi vulnerable to cold.

Debris can accumulate on the face, claws and feet, possibly due to increased sebaceous gland production. 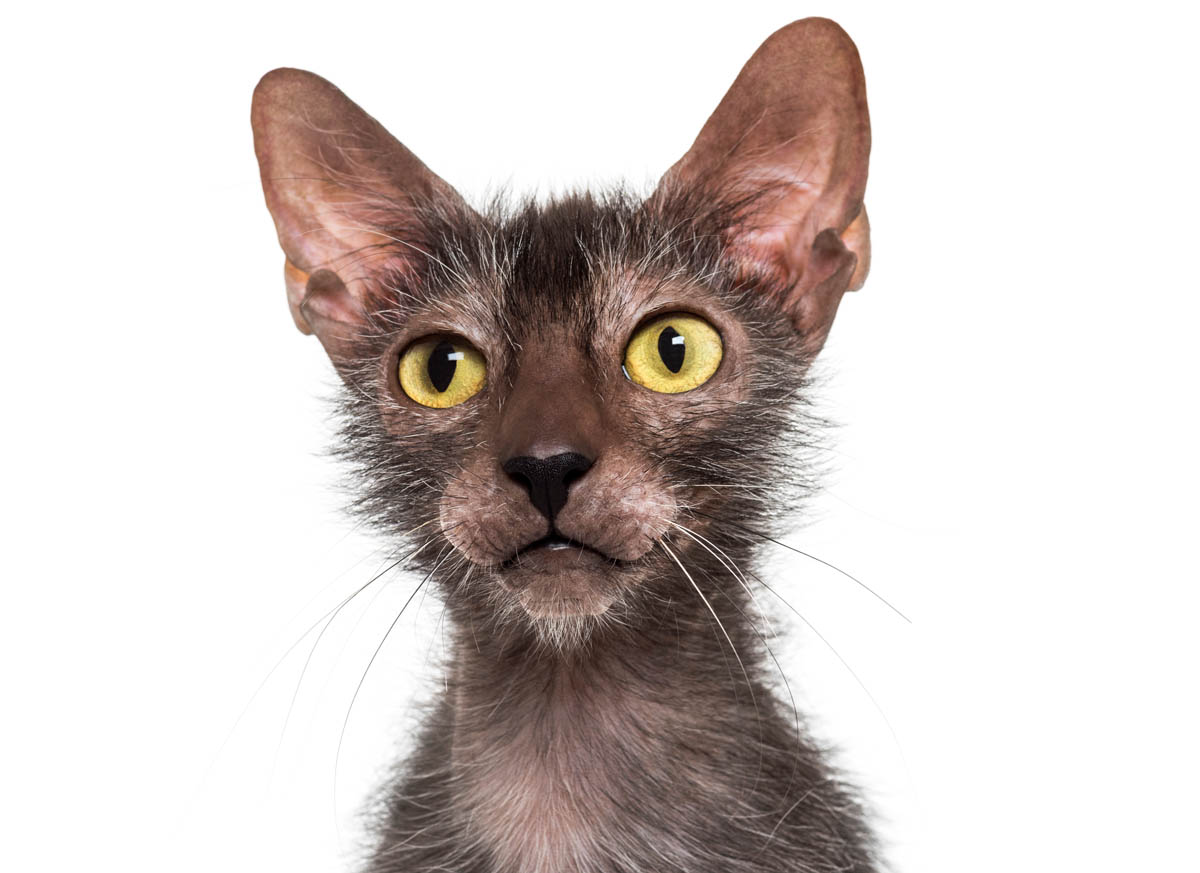