What is a polydactyl cat?

Also known as Hemingway cats, boxing cats, cardi or mitten cats, polydactyl cats have a congenital abnormality that results in additional toes. There is considerable variation from cat to cat in the number and formation of extra digits.

What is the normal number of toes on a cat?

Eighteen toes are the normal number for cats. Five on each front paw, four on each rear paw. Polydactyly is relatively common in many domestic cats, and indeed some large species of cats.

The main polydactyl cat trait is dominant in action with variable expression – effects ranging from enlargement of the inside digit to extra toes on each foot or only the front feet. There may be other polydactyls that appear in different gene populations that autosomal recessive.

Polydactyly is relatively common in domestic cats, and indeed some large species of cats. Two breeds of cat sometimes affected are the Maine Coon and the Pixiebob. Breeders have worked hard to breed out polydactyly in Maine Coons and kittens with the condition are on the decline as a result. Polydactyly is accepted in the Pixiebob breed standard and they are allowed to be exhibited at cat shows.

As you can see from the image below, the extra paws make the paw look considerably larger than that of a normal toed cat. 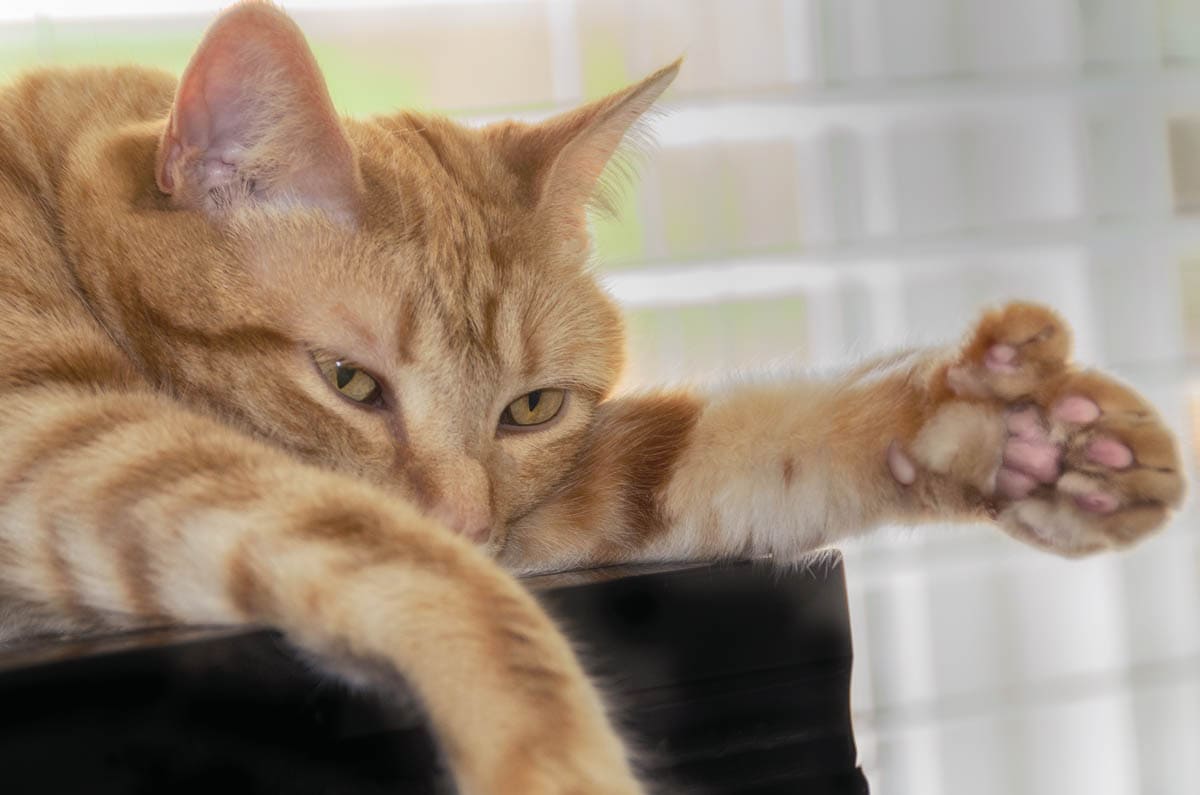 First noted in 1868, we do not know the history of polydactyly. It is common among cats along the northeastern part of the US, especially the Boston area. Polydactyl cats also inhabit South West England, which has caused speculation that the cats came over to the US on ships and formed a colony there. Or that polydactyl cats brought over from the UK mated with polydactyl cats in the US.

It is a generally harmless condition although in some cases the claws can grow and shed abnormally. Also, the position of the additional toes can make your cat more prone to catching the claws on furniture etc. If the claws become torn, an infection can take hold. Extra toes occur on the front feet more often than the back, although it is possible for all four paws to have additional toes. If extra toes are on the rear paws, the forepaws will also be affected.

Sailors considered polydactyl cats to be lucky and in Norway, they were called Ships Cats.

Ernest Hemingway was a lover of polydactyl cats, and his former home in Key West, Florida has become a museum that houses 40 plus cats, many of who are descendants of a white cat named Snowball owned by Ernest. Approximately half of these cats are polydactyls.

Not really, just make sure that you trim the claws regularly (check them once a week) to prevent any problems developing such as ingrown claws or infection.