The Tonkinese is a cross between a Siamese and Burmese and carries the best of both breeds. They are active without being over the top, extremely curious, and very loving.

Tonkinese colours include seal, chocolate, blue and lilac along with three coat types:

Originally called the Golden Siamese, the Tonkinese is a hybrid created by crossing Burmese with Siamese cats. While the modern Tonkinese is a man-made breed originating in America, there is evidence that it has been in the West for quite some time prior. Mr Young of Harrogate is said to have brought a Copper cat to England. This cat is described as a “chocolate variety of the royal Siamese cat, rich chocolate or seal, with a darker face, ears, and tail; the legs are a shade darker which intensifies towards the feet”. 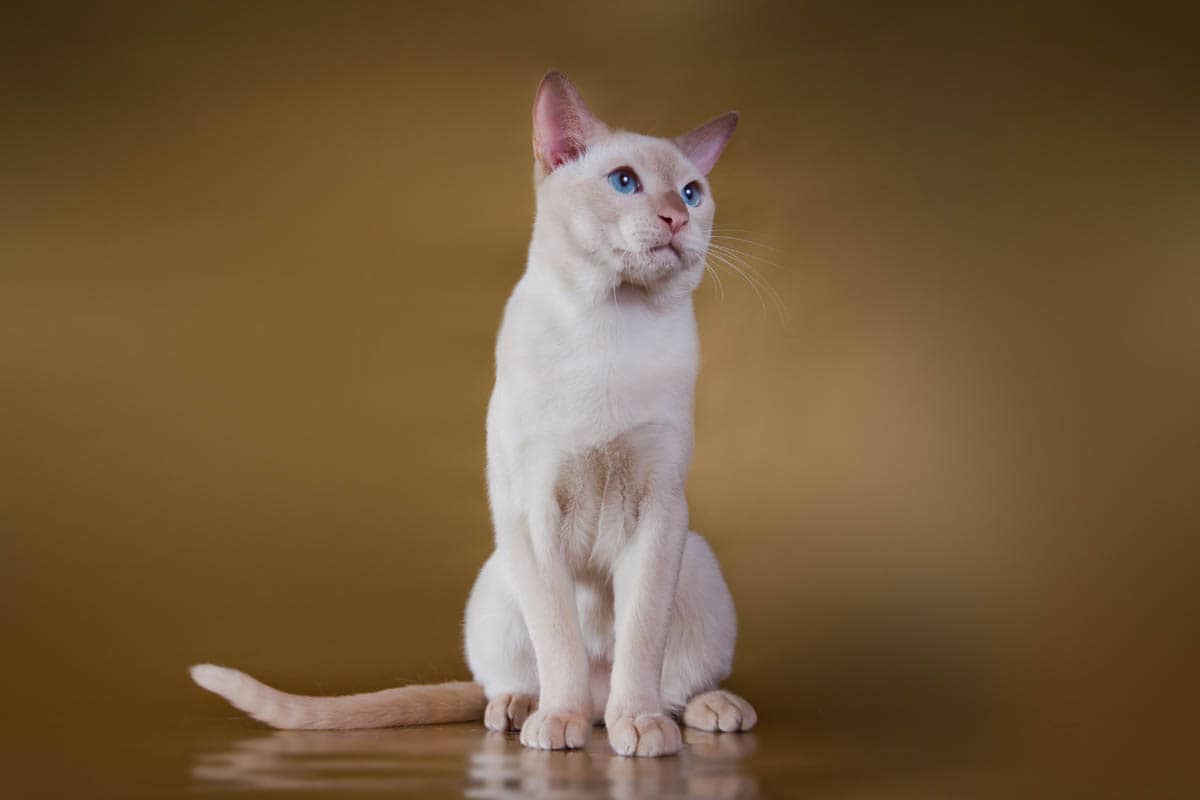 In 1930, Dr Robert Thompson imported the now-famous Wong Mau, who went on to become the matriarch of the Burmese. Wong Mau is the first known Tonkinese.

A Burmese breeder by the name of Milan Greer of New York decided to cross a Siamese to a Burmese to determine if the offspring would breed true. Greer mated Anyo, his male Burmese to a chocolate-point Siamese who belonged to breeders Genevieve Gibson and Helen Arthur. Five generations were produced from the resulting offspring, proving to Greer that they did indeed breed true. Once confirmed, he stopped breeding these Golden Siamese and went back to his Burmese, however, these Golden Siamese had already proven extremely popular.

Then in the 1960s, a Canadian breeder by the name of Margaret Conroy crossed a seal-point Siamese to a brown Burmese. She was trying to produce a cat that had the best traits of both breeds. It is Margaret who wrote the first breed standard for the Tonkinese and registered them with the Canadian Cat Association (CCA), which is why you may often read that the breed originated in Canada. While not technically correct, Canada was the first country to register the breed.

Edith Lux is the breeder credited with changing the name from Golden Siamese to Tonkinese. Its name comes from the Gulf of Tonkin, which is close to Burmese and Thai (Siamese) territories.

The Tonkinese is a medium-sized cat with a lean but muscular body. The legs are long and slim, and the hind legs are slightly longer than the front legs.

The wedge-shaped head has the appearance of an equilateral triangle. The muzzle is blunt, and there is a slight nose break. The ears are oval and reasonably large. Eyes are almond-shaped, blue or aquamarine.

The coat is short and close-lying. It feels silky and soft. The colours are midway between the Siamese and the Burmese, they have clear points, but the body is darker than that of the Siamese. It can come in three patterns:

The colours are referred to as mink, and the four basic colours are; Seal, Chocolate, Blue, and Lilac.

The genes responsible are incomplete dominant, that is they carry both the genes for the Siamese (cs) and the Burmese (cb). So a Tonkinese genetically is cs/cb (we inherit one gene from each parent). Neither the cs (Siamese) or the cb (Burmese) is dominant over the other, hence the term “incomplete dominant”. The first generation of a Siamese/Burmese crossing will produce Tonkinese kittens (cs/cb), if those kittens are mated, the offspring may be Siamese (cs/cs), Siamese (cb/cb) or Tonkinese (cs/cb). So, if you mated a Tonkinese to a Tonkinese, you would typically expect to get 50% Tonkinese, 25% Burmese and 25% Siamese.

As with most breeds, the male Tonkinese is usually larger than the female. 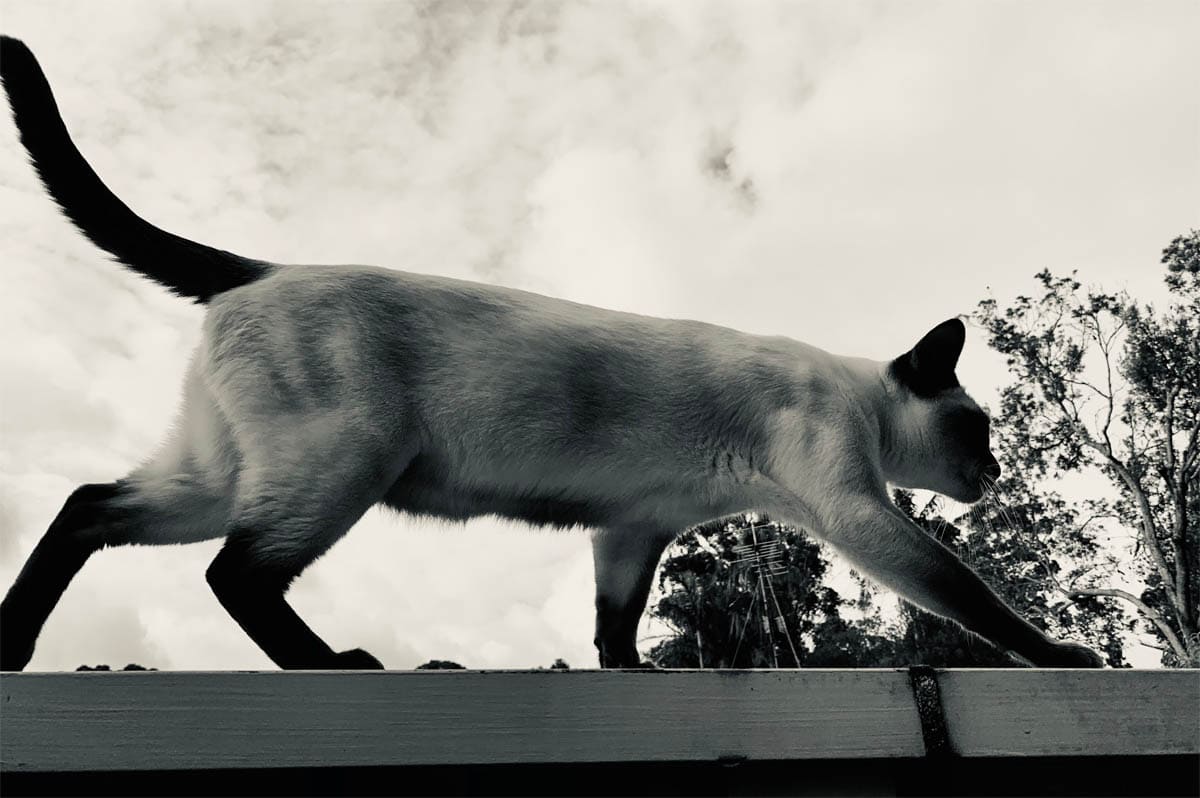 The Tonkinese is an intelligent breed of cat who is active, playful, mischievous, friendly, and loyal. They are people-oriented and don’t like to spend long periods on their own.

They get along with people, children, and other pets. Due to their intelligence, they can be taught to do tricks such as play fetch, and many are happy to walk on a lead outdoors.

Tonkinese can be talkers, but not as much as their Siamese cousins with a sweet and quiet voice.

The Tonkinese is a healthy breed with no known genetic health problems.