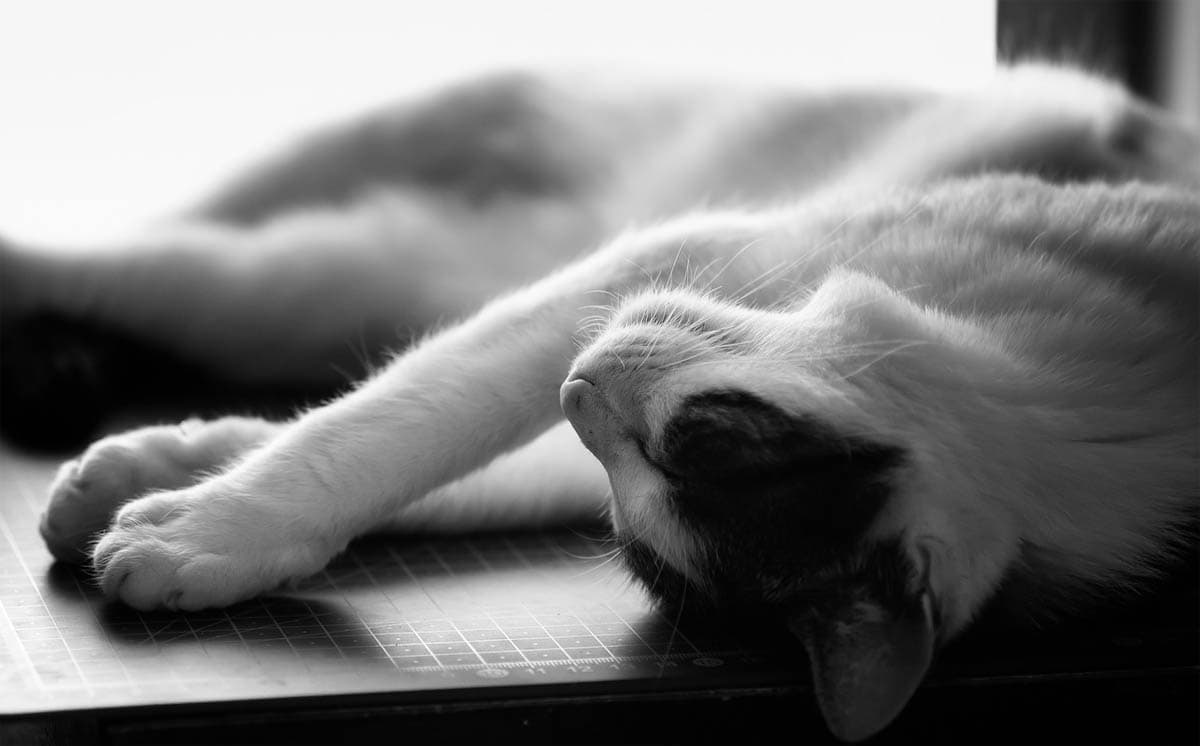 Over the counter drug poisoning is one of the most common types of poisoning to occur in cats and dogs.

We all want what is best for our cats and don’t want to see them in pain. It is easy to assume if a medication is safe for people (and children), then it is safe for cats. Unfortunately, that is not the case. Cats are not small humans or dogs; they have an altered metabolism and are unable to process many over the counter medications.

UDP-glucuronosyltransferase 1-6 (UGT1A6) is an enzyme produced by the liver and encoded by a gene of the same name. UGT1A6 evolved to help detoxify plant-based toxins (phytoalexins) by a process called glucuronidation.

As cats evolved, mutations occurred on this gene to the point where it only produces a minute amount of UGT1A6 compared to other animals (and people). As a cat’s diet is primarily carnivorous, it did not need UGT1A6 to help it detoxify plant-based toxins. Mutations of this gene had no impact on the survival of the cat species. One study lead by Michael Court in 1997 found 18 species of cat, from cheetahs to lions, which suggests that the mutations occurred in the common ancestor.

Symptoms of pain in cats


Cats hide signs of pain, as a survival mechanism, a weak or sick cat in the wild is easy prey for larger animals. Subtle clues can include the following:

What over the counter drugs are toxic to cats?

Aspirin causes inflammation, bleeding, ulceration and perforation of the stomach, bone marrow toxicity, metabolic acidosis and damage to the kidneys and liver.

Symptoms begin within 3-6 hours of ingestion, but may be slower to occur if lower doses are given over some time. The first signs of aspirin toxicity include loss of appetite and vomiting.

Some veterinarians do prescribe aspirin to cats, but at a much lower dose, and less frequently than in other animals. If your cat is put on aspirin, close veterinary monitoring will be necessary.

The drug inhibits the synthesis of prostaglandin. Prostaglandin helps to protect the lining of the stomach from acid, regulates blood flow and glomerular filtration rate in the kidneys. When ingestion of ibuprofen occurs, the reduction of prostaglandin results in stomach ulceration and in severe cases, stomach perforation and acute kidney failure.

The medication can cause a life-threatening condition known as methemoglobinemia (metHb) which is an increase in the production of methemoglobin, a form of hemoglobin that is unable to function as an oxygen carrier, resulting in a lack of oxygen to the organs and tissues.

Toxic levels of waste products of metabolism (known as metabolites) build-up, causing liver failure. In addition to liver damage and methemoglobinemia, Heinz body anemia can also develop. This is a condition in which Heinz bodies destroy red blood cells.

How to manage pain in a cat

Pain can be divided into chronic (or long-standing), such as arthritis, or acute, a broken leg or pancreatitis. A cat in acute pain is a medical emergency, and veterinary attention is essential to treat both the underlying cause as well as relieve pain. Analgesics (pain killers) safe for cats can be administered, but these are prescription-only medication, so only a veterinarian is authorised to prescribe them.

Medical management by a veterinarian is also necessary to treat chronic pain. As well as analgesics, nutriceuticals (any food component used for medicinal purposes) and lifestyle modification can help to relieve discomfort. This can include ramps to help cats climb, litter trays with low sides, and ensuring litter trays and food bowls are easy to access without the need to climb stairs. Provide comfortable bedding and ensure it is in a draft-free area.

There are several analgesics veterinarians can prescribe for a cat in pain which include:

2 thoughts on “Cat Pain Relief-What Painkillers Can I Give My Cat?”