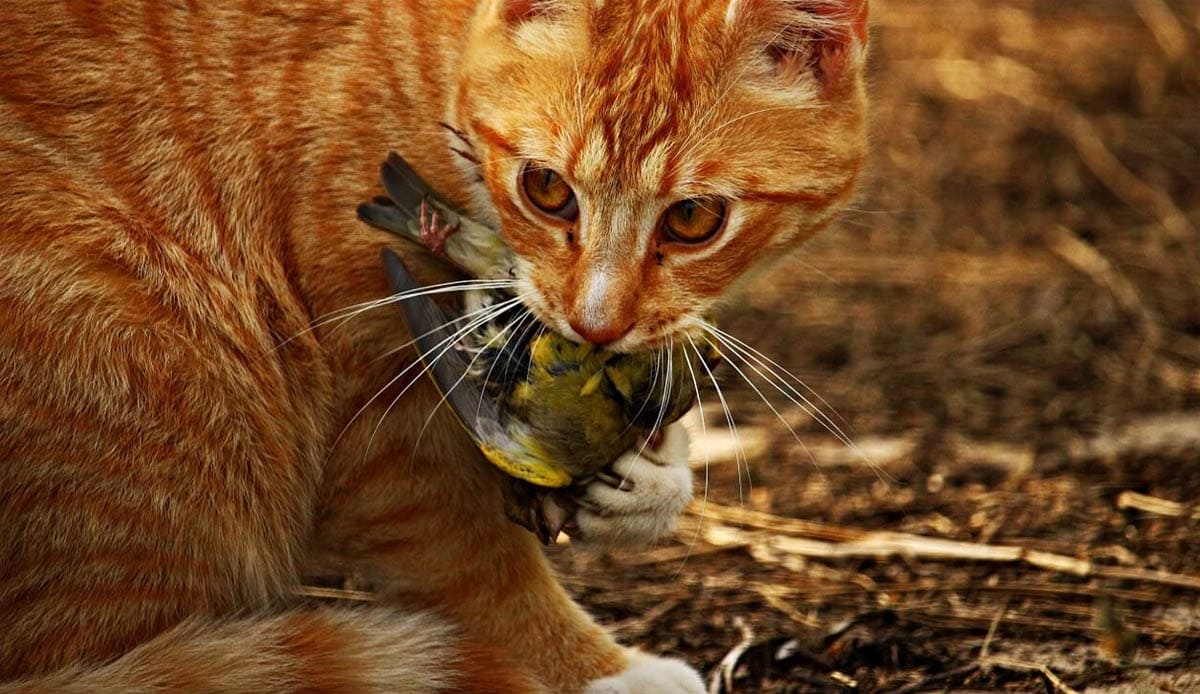 Ironically, the trait which leads to humans domesticating cats is now one which most cat owners dislike. Cats have first domesticated almost 10,000 years ago. They played an important symbiotic role in protecting stored grains from mice.

They are teaching us

Why do cats torment their prey?

We have already covered the fact that mother cats teach their young to kill. There is another reason domestic cats engage in this behaviour, Desmond Morris notes in his book ‘Cat World, A Feline Encyclopedia’ that cats in the wild are less likely to engage in a prolonged attack than our pet cats. This is because our cats are well fed and not hungry enough to immediately need to eat their catch, however, they still have the hunting instinct. Therefore they play with their prey before killing to prolong the experience.

Cats may also prolong the kill to avoid injury. Weakening and stunning it by batting it around until it is safe to inflict that final fatal bite. If the animal isn’t sufficiently subdued, there is a risk your cat will be injured. Particularly with larger and stronger catches.

Should I let my cat hunt?

Many people turn a blind eye to their cat hunting, after all, they’re just doing what they’re good at. There are several good reasons why your cat should not hunt.

What should you do if your cat brings home an injured animal?

How to stop cats hunting

The only way to completely eliminate hunting behaviour in cats is to keep them indoors. However, there are ways to reduce a cat’s hunting success.