Also known as hypoadrenocorticism, Addison’s disease is an endocrine disorder, characterised by inadequate production of the steroid hormones cortisol and aldosterone,  due to the destruction of the outer layers of the adrenal gland.

What is the adrenal gland? 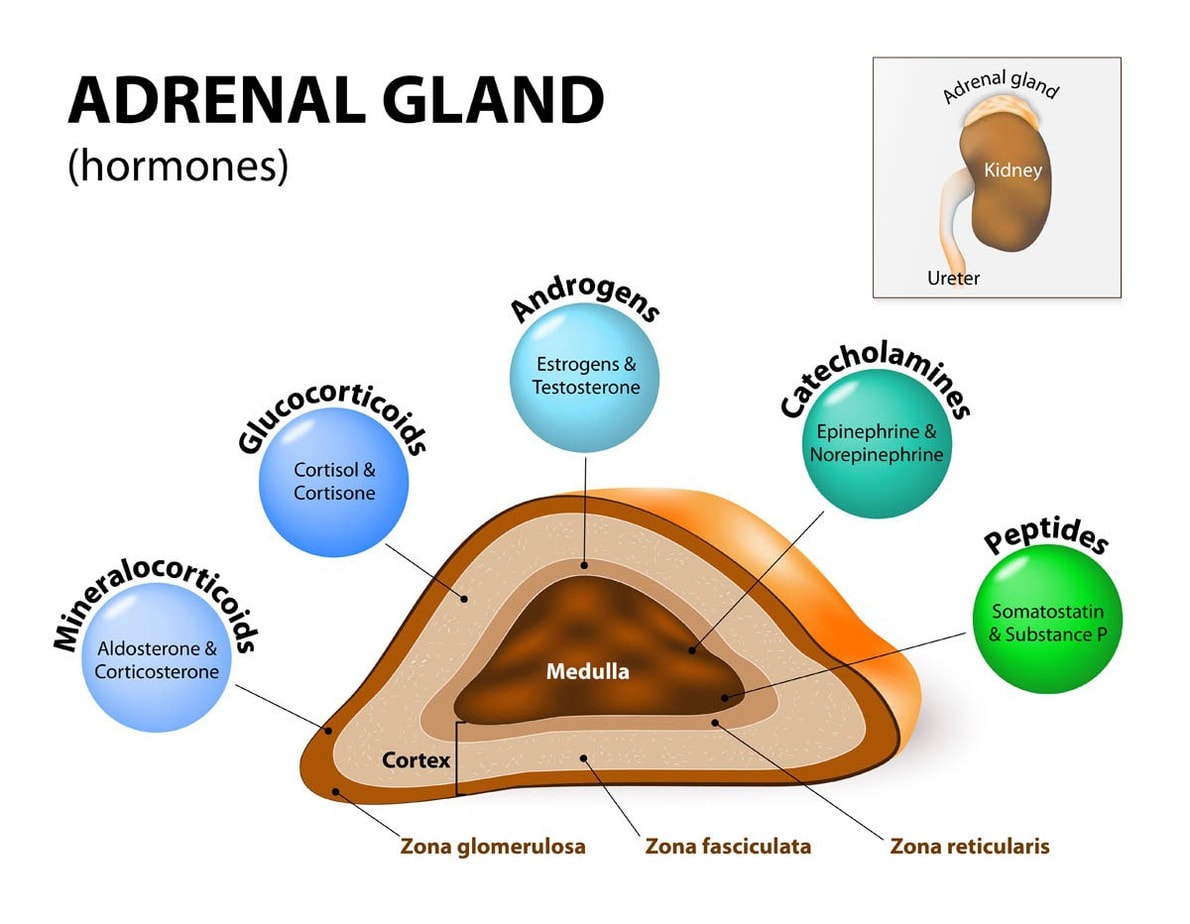 The adrenal glands (also known as suprarenal glands) are two triangular-shaped glands located above the kidneys and are responsible for the production of a number of important hormones. Each gland has an outer adrenal cortex and an inner medulla.

The most common cause of Addison’s disease is believed to be due to immune-mediated destruction of the adrenal gland cells. Less common causes include cancer and long-term glucocorticoid withdrawal, trauma, infection and internal bleeding.

There is no breed or sex predilection.

Hyponatremia: Occurs in cats with Addison’s disease due to by increased release of antidiuretic hormone (ADH) which results in water retention and a reduction in the plasma sodium concentration. Sodium is responsible for muscle and nerve function.

Without treatment,  Addisonian crisis (also known as adrenal crisis or acute adrenal insufficiency) can occur, where the cat collapses in a state of shock due to an acute deficiency of the hormone cortisol. This condition has a high mortality rate and is a medical emergency requiring immediate veterinary treatment.

Addison’s disease has many symptoms similar to other disorders, so diagnosis can sometimes be difficult. Your veterinarian will perform a physical examination and obtain a medical history from you. The exam may reveal a slow pulse, irregular heartbeat and signs of dehydration.