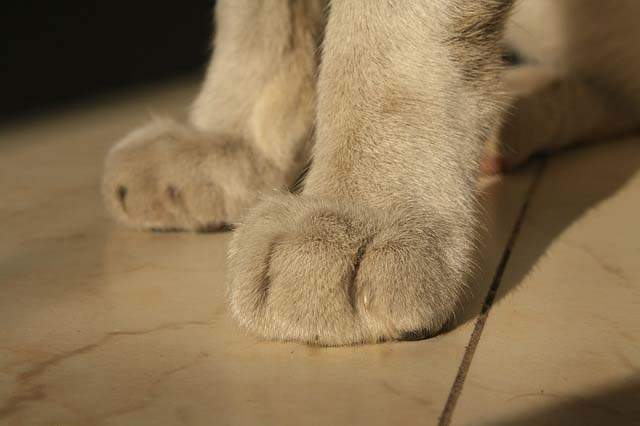 Limping is a common symptom and can affect the front or the hind limbs. It can be acute (sudden onset) or chronic (slow and progressive). The location, accompanying symptoms and age of the cat can all give the veterinarian a clue as to the probable cause.

Causes of limping in cats

Osteoarthritis is a condition characterised by the breakdown of the joints and surrounding tissues. It is under-diagnosed in cats who often put stiffness down to normal aging. 60% of cats over 6 and 90% of cats over 12 show signs of arthritis.

Cancer is the uncontrolled growth of cells within the body and can affect any body system or cell line. The most common cause of cancer affecting the limbs is osteosarcoma or bone cancer.

The legs and feet are at increased risk of injury which can occur if the cat lands badly, falls from a height, a deliberate trauma (kicked or hit) or is involved in a motor vehicle accident. Injuries can include:

An abscess is a walled-off collection of puss which is most commonly caused by a bite from another cat which introduces bacteria under the skin. The body attempts to contain the infection by walling off the area.

The cruciate ligaments are two fibrous bands which form an X shape in the knee; a rupture is a tear in one or both of the ligaments due to trauma, such as a sudden movement which twists the knee leading to hind-limb lameness.

An abnormality of the hip joint in which the hip socket doesn’t fully cover the ball at the end of the femur (thigh bone). Joint looseness (laxity) can lead to degenerative joint disease.

A condition in which the kneecap (patellar) moves (or dislocates) out of the trochlear groove, and moves to the inside (medial) or outside (lateral) of the knee joint (known as the stifle joint in cats).

Osteomyelitis is either inflammation or infection of the bone. Bacteria are the most common pathogen, although systemic fungal infections can also spread to the bones.

A painful inflammatory condition which affects one or more long bones of the cat’s legs. It occurs in young cats.

An inflammatory disease that affects the footpads of cats.

As cats age, their claws can become thickened, brittle and overgrown, and eventually curl in on themselves, cutting into the paw pad. The claws on the front feet are most commonly affected.

An underlying disease which can affect different body systems or the body as a whole. Common causes include:

The most apparent clinical sign is lamaness, additional symptoms may be present depending on the underlying cause.

Never treat a limping cat with human painkillers, which are toxic. If the cat appears otherwise well, wait and see. If after 24 hours there is no improvement, seek veterinary advice. Where an obvious injury or abnormality is present, immediate veterinary attention is necessary, otherwise.

The veterinarian will perform a complete physical examination and obtain a medical history from you. During the examination, they will carefully evaluate the limbs and feet, feeling for lumps, bumps, and abnormalities, check the cat’s range of motion and look for obvious signs of injury. Some causes, such as an abscess, claw or paw pad injury, and lacerations can be diagnosed during the examination. However, if a cause can not be determined, it will be necessary to perform tests, which may include:

The goal of treatment is to address the underlying cause as well as manage symptoms to reduce discomfort and avoid further damage. This may include surgery to repair abnormalities, remove foreign bodies, repair injuries or remove cancers. Cage rest or confine the cat to a small area to avoid additional trauma and medications including anti-inflammatories, corticosteroids and antibiotics.