How are some male cats calico or tortie?

Calico and tortie cats are almost always female, which we have covered in our article on calico cats. To recap, cats have 19 chromosome pairs, 18 autosomes and the sex chromosome pair of XX or XY. The chromosomes are located within the nucleus of every cell. Each chromosome is made up of matching pairs, which provides information from the mother and the father. Genes are located on the chromosomes and are tiny segments of DNA which act as a code that specifies the production of a protein, which do most of the work within the cells and are essential for the function and regulation of the body’s organs and tissues. 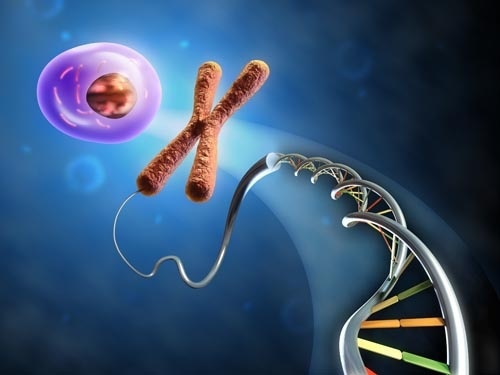 The female (XX) inherits one X chromosome from her mother and one from her father. As both X chromosomes within the cell cannot be expressed, one is inactivated in a process called lyonsation. This process is random. So, if she inherits the O gene from one parent and o (non-orange) from the other parent, she will be a random mix of orange and another colour (usually black). If she inherits the O gene from both parents, she will be ginger. The male will either be ginger or non-ginger, he cannot be a mixture of both like the female.

What is the chance of a male calico or tortie cat?

It has been widely reported that the University of Minnesota found the incidence of male torties or calicos is 1 in 3,000. This is the same statistic quoted Robinson’s Genetics for Cat Breeders and Veterinarians[1]. A search of the University of Minnesota website returned no information on calico males at all, however, one research paper discusses a survey of 4,598 male cats in the UK, 20 of whom were tortoiseshell, which makes a ratio of 1 in 229 or 0.43%.

Also known as XXY syndrome, Klinefelter syndrome occurs when the male is born with an extra X chromosome, so instead of being XY, he is XXY.

The disorder occurs due to a random error (nondisjunction) in cell division that happens during meiosis which is the division of parent cells to produce gametes (sex cells). The cells destined to be sperm or an egg undergo meiosis, in which the 38 chromosomes in the cell separate, and produce two new cells with 19 chromosomes each. Why 19 and not 38? Gametes only contain 19 chromosomes so that when during fertilisation, the two cells combine to make the correct 38 chromosomes. In some cases, the paired chromosomes fail to separate (disjoin) as they should and instead of each daughter cell receiving 19 chromosomes, it receives 38.

Instead of the sex cell being X or Y, it is XY (from the father) or XX (from the mother), if the defective sex cell contributes to a cat pregnancy, the resulting male offspring will be XXY instead of XY, having received an additional X chromosome.

The addition of the extra chromosome usually results in infertility in the male. 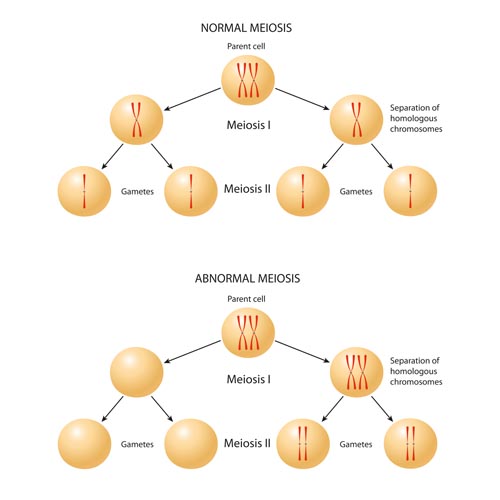 In a mosaic cat, all the cells come from one original embryo, but a mutation or abnormality occurs in a cell of the developing embryo resulting in a block or blocks of cells genetically different from the rest of the embryo. The embryo develops into a kitten with two distinct cell lines. So, the cat may be genetically red, but the distinct cell line may affect the hair and produce spots of black.

Another less common type of mosaicism occurs with somebody who has undergone a bone marrow transplant. The donor bone marrow produces blood cells which are a different cell line to the rest of the recipient’s body.

A chimera is an animal who is made up of two distinct cell lines which occur when two zygotes fuse together in early development. In human terms, think of non-identical twins who merge when they are only made up of a few cells and become one individual with cell lines belonging to each twin.

The fertility of the male calico or tortie depends on the underlying cause. Cats with Klinefelter syndrome are usually sterile. It may be possible for a fertile cat to exist if he is a mosaic or chimera if normal XY chromosomes occur in the testes.