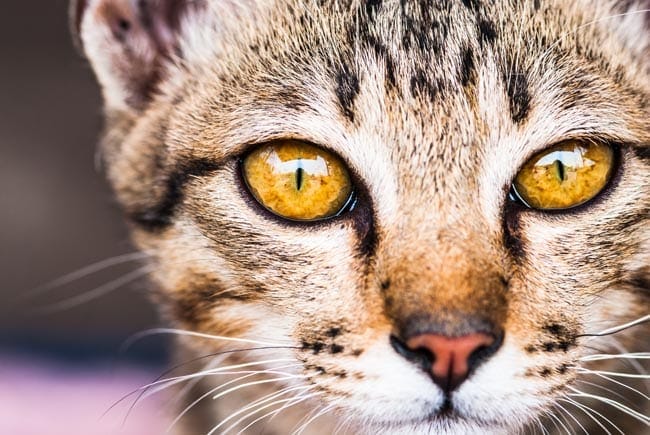 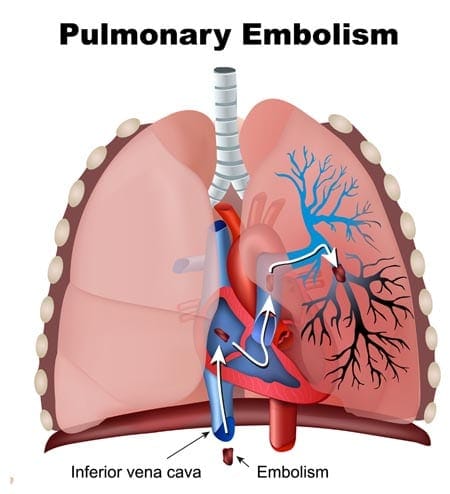 Pulmonary thromboembolism (PTE) is a blockage in the pulmonary artery or one of its branches in the lungs that is caused by an embolism, a substance which has travelled through the circulatory system from another part of the body.

It can occur in cats of all ages; however, it is seen most often in kittens and senior cats.

A thrombus is a blood clot which forms in a blood vessel; in some cases, a portion can break off. From there it and travels (embolise) through the circulatory system to another location causing a partial or full blockage of the affected vessel.

Normally, a blood clot should only occur when there is a break in a blood vessel wall which allows blood to escape. There are several functions which stem the loss of blood. This process is known as hemostasis.

Effects on the organs:

An embolus can affect many organs including the coronary artery supplying the heart (heart attack), the cerebral artery supplying the brain (stroke), renal arteries (kidneys), portal vein (liver), iliac supplying the hind legs (saddle thrombosis), eyes or intestines, this article relates to an embolus in the lungs. When this occurs, the flow of blood is reduced or completely blocked.

Other embolisms which can also occur in cats, such as gas, dead heartworm which has broken apart and travelled to the narrower arteries in the lungs, a gas bubble, a broken-off piece of tumour or a fat globule. This article will focus predominantly on a blood clot in the pulmonary arteries.

Most cats with pulmonary thromboembolism have an underlying medical condition which can result in a thrombus forming. There are three mechanisms which can lead to the inappropriate formation of a blood clot. This is known as Virchow’s triad.

Pulmonary embolisms are usually quick to develop. Symptoms can vary depending on how large the clot is as well as the location within the lungs.

Your veterinarian will perform a complete physical examination of your cat and obtain a medical history from you including underlying medical conditions your cat may have as well as symptoms you have noticed. During the exam, he may observe an increased respiratory and heart rate.

Sadly, pulmonary thromboembolism is very commonly fatal. Your veterinarian will do the best he can; however, the prognosis is not good.