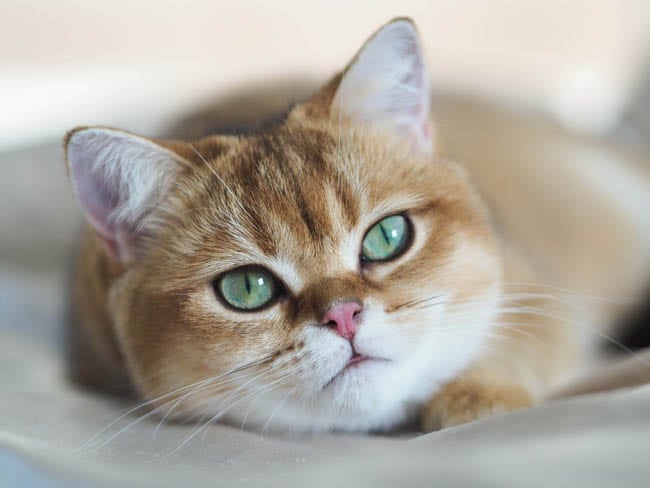 What are struvite stones?

Struvite stones are rock-hard minerals (uroliths) which form in the urinary bladder and are composed of magnesium, ammonium and phosphate. Struvite and calcium oxalate are the most common type of stones in cats. Less common stones include ammonium biurate, cystine and uric acid.

Struvite crystals develop in concentrated urine, once the urine becomes supersaturated, crystals aggregate to form stones. Once the stone is formed, it increases in size over weeks or months. Struvite stones can range in size from sand-like particles to over 1cm in diameter. Struvite crystals have a characteristic coffin-shape and can irritate the mucosal surface of the urinary tract leading to painful urination (dysuria). Larger crystals or stones can lodge in the narrow urethra, which transports urine from the bladder to the outside of the body. When this occurs, urine flow is blocked and toxins build up in the bloodstream (uremia) which are fatal if left untreated.

Crystals develop due to supersaturated urine and pH (more than 6.5–6.9) or urease producing bacteria. Stones can be sterile and infected. Infected stones are caused by bacteria which produce urease (Staphylococcus and Proteus species) which increase the concentration of ammonia in the urine, alter pH and alter the change in the ionisation state of phosphorus.

The veterinarian will perform a complete physical examination and obtain a medical history from you. They may be able to feel a thickened bladder wall during palpation.

Tests will be necessary to rule out diseases with similar clinical signs such as cystitis, tumour or a urinary tract infection and confirm a final diagnosis of struvite stones.

Urinalysis: A test of a sample of urine to look for the presence of crystals (crystalluria) and bacteria, as well as measure the concentration of the cat’s urine and its pH. Struvite stones are associated with alkaline urine.

Bacterial culture and sensitivity: A sample of urine is cultured to determine the strain of bacteria for cats with infective struvite stones as and which antibiotic is most effective.

Imaging studies: Radiographs or ultrasound to identify stones in the urinary bladder or urethra. While imaging can detect the presence of stones, it cannot identify the type of stone.

Stone analysis: A definitive diagnosis of struvite stones is made by quantitative mineral analysis of uroliths that have been voided or recovered from the urinary tract.

The goal of treatment is to dissolve stones as well as make changes to prevent stones re-forming.

These prescription-only diets work by acidifying the urine (pH to ≤6.3) and are magnesium-reduced. Diets are available as canned or dry formulations. Owner compliance is critical for the diet to succeed, cats on stone dissolving diets cannot have treats, table scraps, or any other type of food. It takes an average of six weeks for stones to dissolve. Introduce the new diet over a few days by gradually increasing the calculolytic diet and decreasing the cat’s normal food. Sudden switches to a new type of food can be met with refusal to eat.

Stone dissolving diets are not recommended for pregnant or growing cats. Cats with an underlying disease which is being managed with diet also make unsuitable candidates.

For cats already on a prescription diet to manage a disease, acidifying medications can be prescribed to dissolve the stones. The veterinarian can provide you with monitoring tests to make sure that the urine pH and concentration stay within a safe range.


We know that supersaturated urine promotes the formation of crystals and stones, therefore increasing the amount of water helps to dilute the urine. Canned stone dissolving diets are preferable to dry due to the higher water content, however, cats used to dry food may be reluctant to switch to canned. Pet owners can try adding some water to the dry. If the cat cannot be persuaded to eat the canned diet, feed dry and try to increase water consumption other ways (see next).

As noted above, increased water consumption dilutes the urine. Cats have evolved from desert-dwelling animals who obtained most of their water via their prey. Modern-day dry diets contain considerably less water and most cats don’t make up for this shortfall by increasing their water intake. Ways to encourage cats to drink more include placing water bowls throughout the house (this can be especially helpful for inactive and senior cats), making sure water bowls are thoroughly cleaned once a day, adding a little tuna juice to the water and using a water fountain.

If a bacterial infection is present, oral antibiotics will be prescribed along with the stone dissolving diet or medication. Antibiotic therapy will continue until the stones have been dissolved as bacteria may be released from the uroliths. The choice of antibiotic will be based on the results of the culture and sensitivity.


If stones are not dissolving, it may be possible that they are made up of struvite and surgical removal will be necessary. Surgery to remove a bladder stone is called a cystotomy. The cat is placed under anesthetic, and the surgeon opens up the bladder and removes the stones.

The stones will be sent to a laboratory for analysis to determine the type of stone involved.

The veterinarian will schedule a follow-up every four weeks to confirm the stones are dissolving. Regular check-ups will be recommended to check the urine or perform an ultrasound to ensure stones have not re-formed.