The cat’s paws are made up of the soft paw pads which act as a cushion for the load-bearing front and hind limbs, the toes (or digits) and claws which are made of a hard protein called keratin with the quick located inside the claw, that is made up of nerves and blood vessels.

Cats are quadrupeds and digitigrade which means they have four feet and walk on their toes without the heel touching the ground. When walking, they directly register by placing the rear foot directly in the spot the forefoot was. 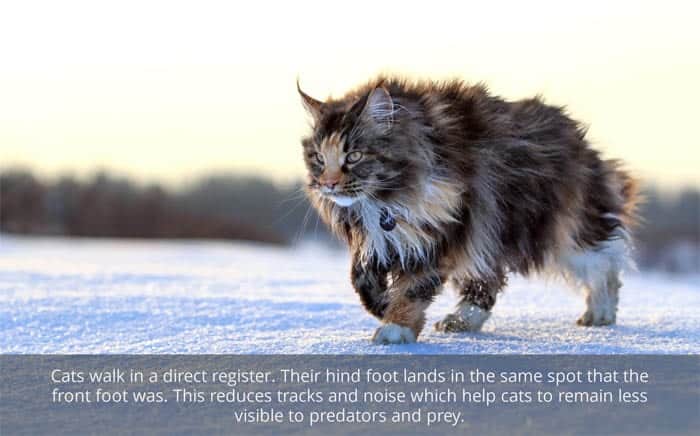 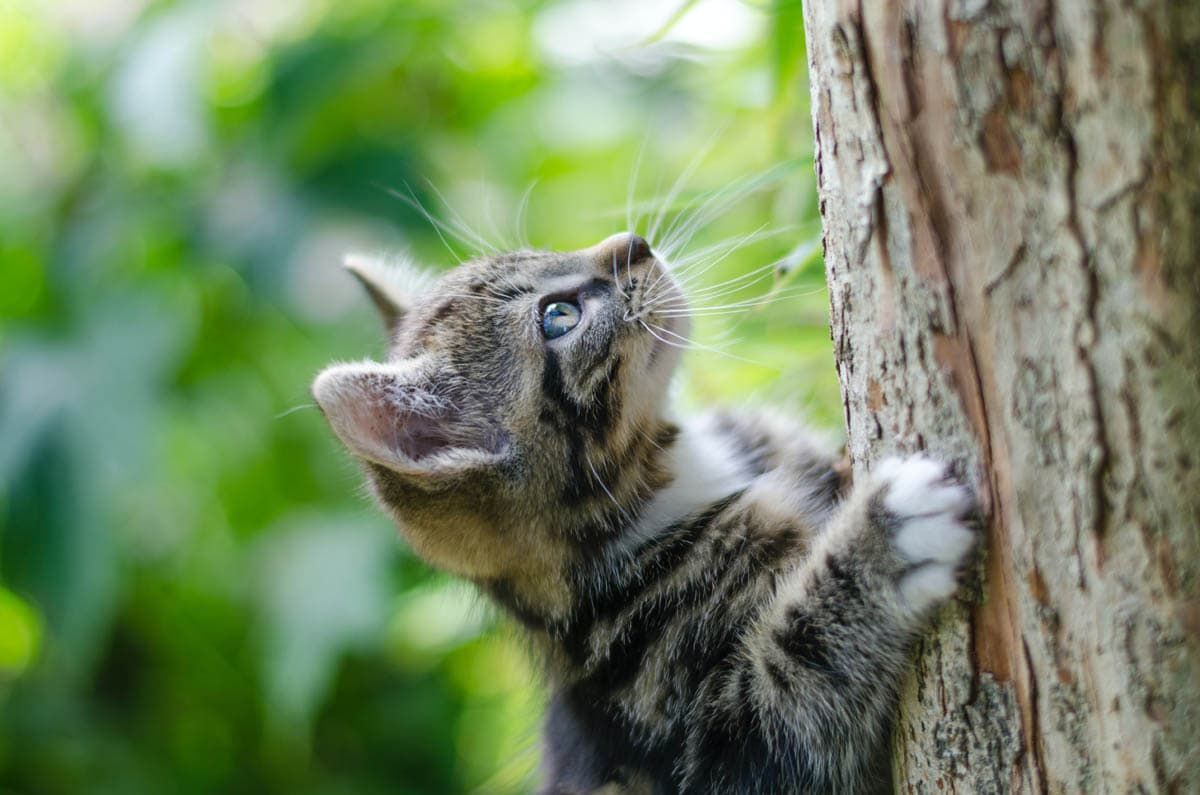 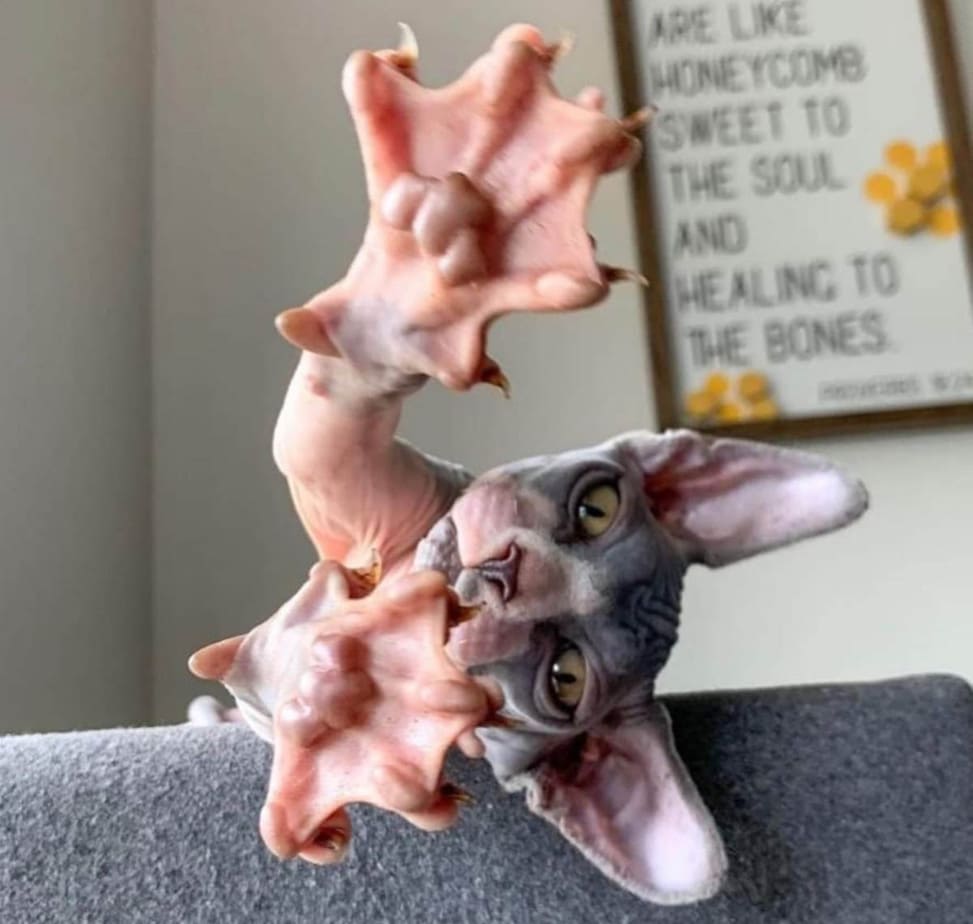 The cat’s feet contains five metacarpal bones on the front feet, and five toes, each toe is made up of three bones (phalanx) called distal, middle and proximal bones.

The claw is attached directly to the distal phalanx, ligaments in the front feet pull the distal phalanx towards the middle phalanx which keeps the claws off the ground and prevents excessive wear and tear. The extensor tendon helps the cat retract his or her claws. When relaxed, the claws are sheathed with the skin and fur around the toe pads, when tensed, the cat’s claws are extended. 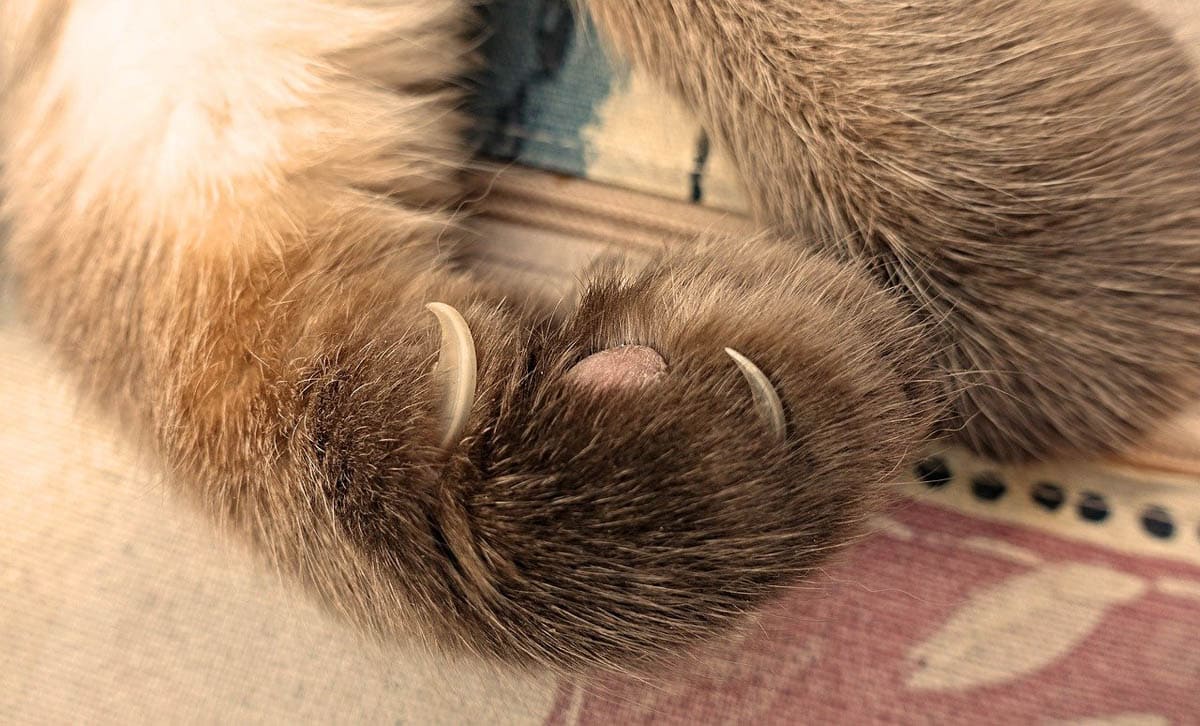 The cat’s claws are made of layers of keratin which are continually being shed, the quick is found inside the claw which contains a rich supply of nerves and blood vessels. Claws have a number of important uses including holding onto things, helping the cat climb and cling to surfaces, scratching an itch.

Declawing is thankfully losing favour, is illegal in most countries and has been banned in New York as well as eight cities in California. As we know, the claw attaches directly to the distal phalanx and both are removed during declawing surgery. The surgical removal of the claw and bone are extremely painful to the cat and have a number of potential side effects including infection, pain and re-growth of the claw. This also leaves the cat without his or her defence mechanisms. A scratching post solves the problem of cats scratching. 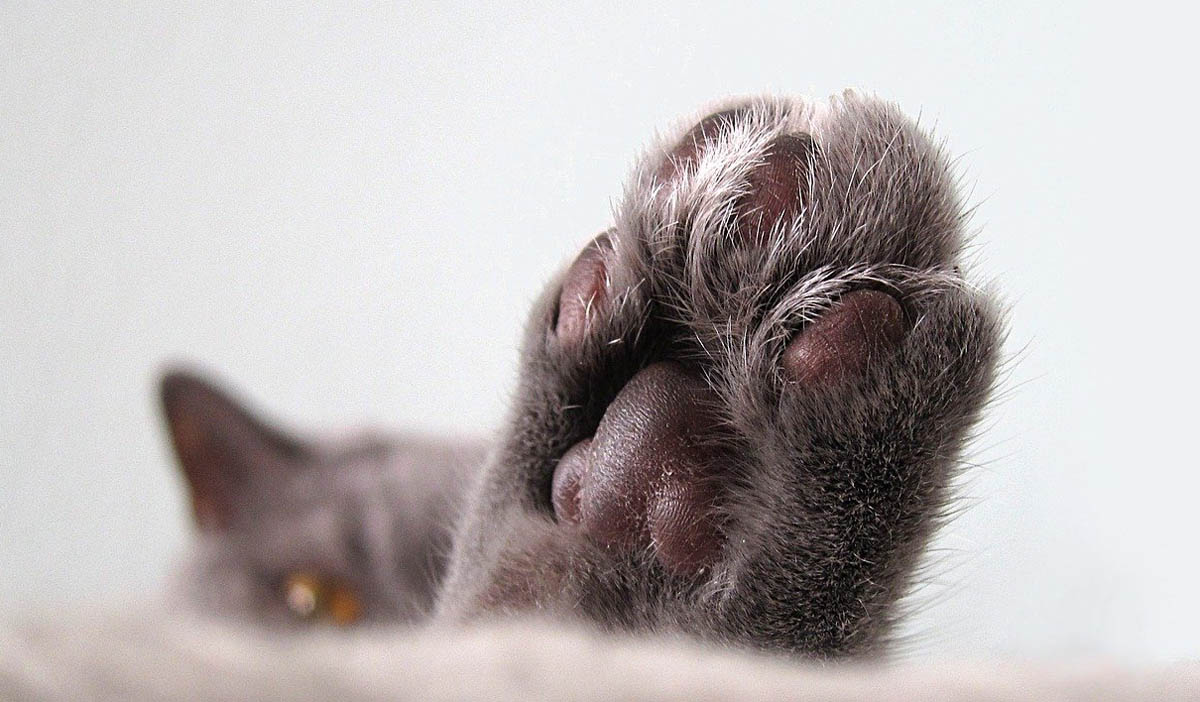 The paw pads are hairless skin which covers a fat pad which acts as a cushion. They consist of the digital pads, which beneath each toe (digit), the metacarpal (rear) or metatarsal (forelimb) pad, which is the heart-shaped pad located in the centre of the foot, and the carpal pad on the wrist.

While cats are reasonably low-maintenance, with such an important job, it’s important to keep the cat’s paws in tiptop shape.

If the cat is indoors, it will be necessary to trim the claws every 4-6 weeks as they are not naturally worn down as they would be with outdoor cats. Claw trimming should start during kittenhood so that the cat accepts having his or paws handled. Claw trims become even more important in the cat’s senior years as they can thicken with age, and embed in the paw pad.

A scratching post provides the cat with the opportunity to sharpen his or her claws and remove the loose outer layer of the claw. As a rule, the post should be 1.5 times taller than the cat.

If the cat goes outside, wipe the claws with a damp cloth when he or she comes inside to remove any debris. Carefully check the paw for grass awns or glass embedded into the footpad or toes.

Cats can potentially walk through toxins which can damage the skin or be ingested if the cat attempts to remove the substance during grooming. If the paws become contaminated with a toxic substance, wash thoroughly in hot, soapy water and contact your veterinarian for additional advice. Some substances are corrosive and can potentially burn the paws.

Regularly check the paws (including between the toes) for signs of trauma, swelling, cracks and dryness. A scent-free moisturiser can be applied to dry or cracked paws.

Just like any part of the body, the paws can be affected by disease or injury. Common signs can include lameness, reluctance to bear weight on the affected foot, swelling, pain, discharge and hair loss.