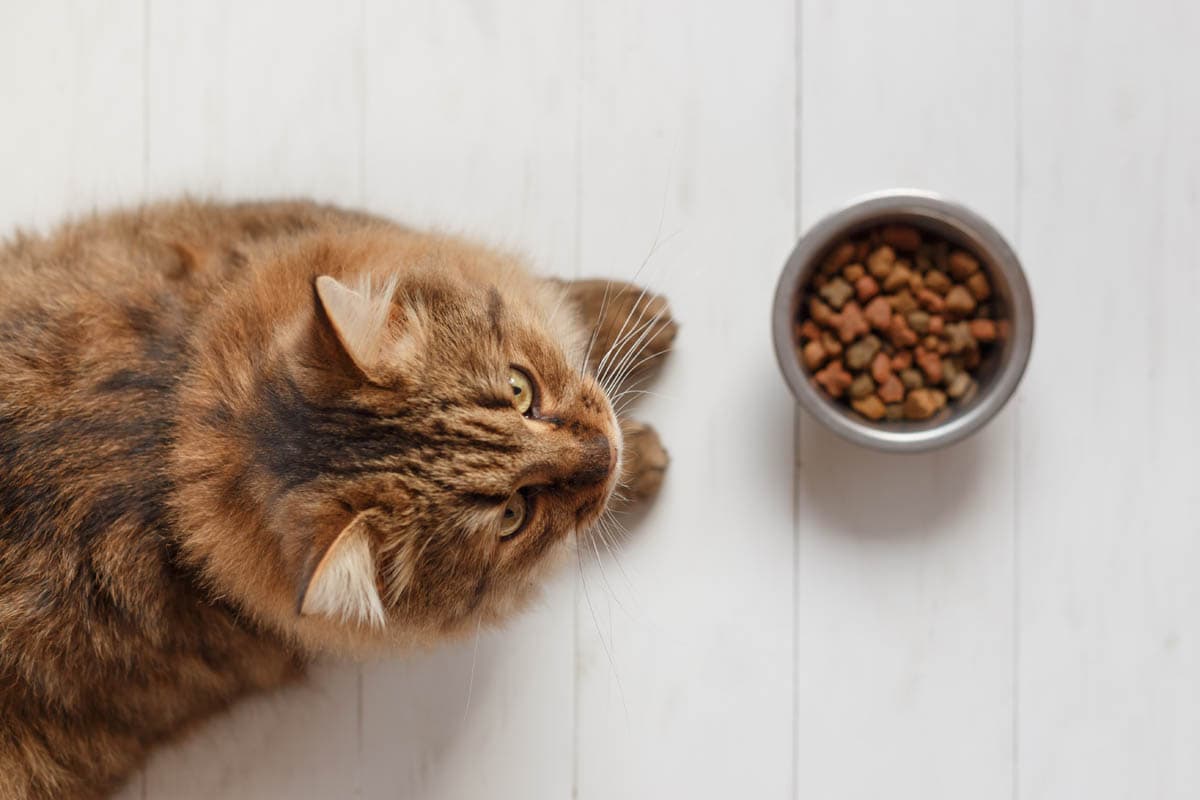 It is hard to imagine a cat with an eating disorder, but they are more common than most pet owners realise. Changes in eating habit can often be an early sign that the cat is not well and should see a veterinarian.

Anorexia is a loss of appetite and occurs secondary to an underlying disease or disorder. One of the most common causes of anorexia is nausea which has many pathologies. The age of the cat as well as accompanying symptoms may give a clue to the cause. Cat flu occurs more frequently in young kittens and can cause nasal congestion and a loss of smell which affects the cat’s appetite. Nausea in older cats can be a manifestation of chronic kidney disease or cancer.

Pseudoanorexia is a condition in which the animal is hungry but is unable to eat due to oral pain.


Polyphagia is an increase in appetite which differs from overeating as there is an underlying medical cause such as hyperthyroidism, acromegaly, Cushing’s disease, malabsorption, intestinal worms, diabetes, pregnancy and lactation. Certain medications such as corticosteroids can also lead to an increase in appetite.


Depending on the cause, the cat may gain or lose weight.

Pica is an eating disorder in which the cat eats non-food items such as hair ties and clothing. The word Pica comes from the Latin word for magpie, a bird that is known to eat almost anything. There is a higher incidence of pica in oriental breeds which suggests a genetic component, nutritional imbalances have also been implicated. Kittens are also at increased risk as they tend to explore the world with their mouth.

Risks associated with pica include gastrointestinal obstruction and linear foreign body which are both life-threatening.

Eating like this is the cat’s last meal can go hand in hand with polyphagia and overeating or can have a psychological background. A cat who lived on the street, or due to food bowl competition with other pets in the home. Cats who eat too fast may vomit immediately after they have eaten.

Technically, overeating falls under the umbrella of polyphagia, however, I’ve separated them into medical causes (polyphagia) and non-medical.

Common causes of overeating are boredom and stress. Some cats are seemingly food-obsessed and will eat anything, which can be a danger in itself and overeating will lead to obesity which has several deleterious effects on the cat’s health.

This is not an eating disorder as such but can be frustrating and potentially dangerous if the cat holds out or refuses to eat a prescription diet to manage an underlying disease such as kidney disease, or hyperthyroidism. Cats tend to be more discriminating with what they eat to dogs.

Reasons for fussiness include feeding one type or brand of food for a prolonged period. Cats will often resist changes to their diet, especially if they have eaten the same type or brand of food for an extended period. Some cats can become tuna addicts, if fed human-grade tuna frequently, and refuse all other foods. This puts the cat at risk of nutritional disorders as tuna on its own is not a complete and balanced diet for a cat. They are also at risk of yellow fat disease, a painful condition in which the fatty tissue becomes inflamed.

Cats who refuse to eat are at risk of hepatic lipidosis. The body sends fat to the liver as an alternate source of energy, which overwhelms it. Obese cats or cats who have previously had hepatic lipidosis are at increased risk.

Prescription diets are routinely prescribed to treat or manage certain diseases such as kidney disease, hyperthyroidism and allergies and it is not uncommon for a cat to refuse to eat the diet which can make the disease difficult to manage and a recurrence of symptoms.

Coprophagia is a form of pica in which the cat consumes feces. Kittens are more likely to engage in the consumption of feces, and one scientific theory is that this is an instinctive behaviour to ensure normal gastrointestinal flora. Medical causes include insufficient diet, nutritional deficiencies, gastrointestinal worms and malabsorption disorders.

A veterinarian should assess any cat with a suspected eating disorder to determine if the cause is physical or psychological. The veterinarian will perform a complete physical examination of the cat and obtain a medical history from you including how long the cat has been displaying an eating disorder, if there are other pets in the home, and if you have noticed any accompanying signs.

Baseline tests which include urinalysis, biochemical profile and complete blood count can give the veterinarian an overall picture of the cat’s health. Depending on their index of suspicion, they may choose to run additional checks to check for common diseases which can affect a cat’s appetite.

Treatment is aimed at addressing any medical problems as well as manage symptoms associated with the disorder. This may include: