The Sphynx is the most well known of the hairless cat breeds, but others have been developed by cross-breeding the Sphynx to other breeds or from cats found in feral or stray populations. Most hairless cat breeds have a small amount of fuzz on their bodies.

Throughout the decades, hairless cats have appeared as a spontaneous mutation. The first mention of hairless cats goes back to 1830 in the book A Natural History of the Mammals of Paraguay.

In 1902, local Indians gave Mr and Mrs F. J Shink two bald cats, Nellie and Dick. These cats were referred to as Mexican Hairless. Unfortunately, Dick escaped outside and was killed by a pack of dogs which left Nellie without a male to mate.

The term hairless is a bit of a misnomer as most of them actually, have a peach-like fuzz on the body. The Donskoy and Peterbald come in four coat “types” from bald to full fur.

There are several breeds of hairless cats in the cat fancy today. The Sphynx, Donskoy (Don Rex) and the Peterbald are the most common.

The Sphynx originates from four cats. Two from Minnesota were the bald offspring of a cat named Jezebelle. The other two are from a cat in Toronto. These four cats named Epidermis, Dermis, Paloma and Punkie are the descendants of the Sphynx.

The gene responsible for hairlessness is recessive, which means both parents must pass on a copy of the gene to the offspring. 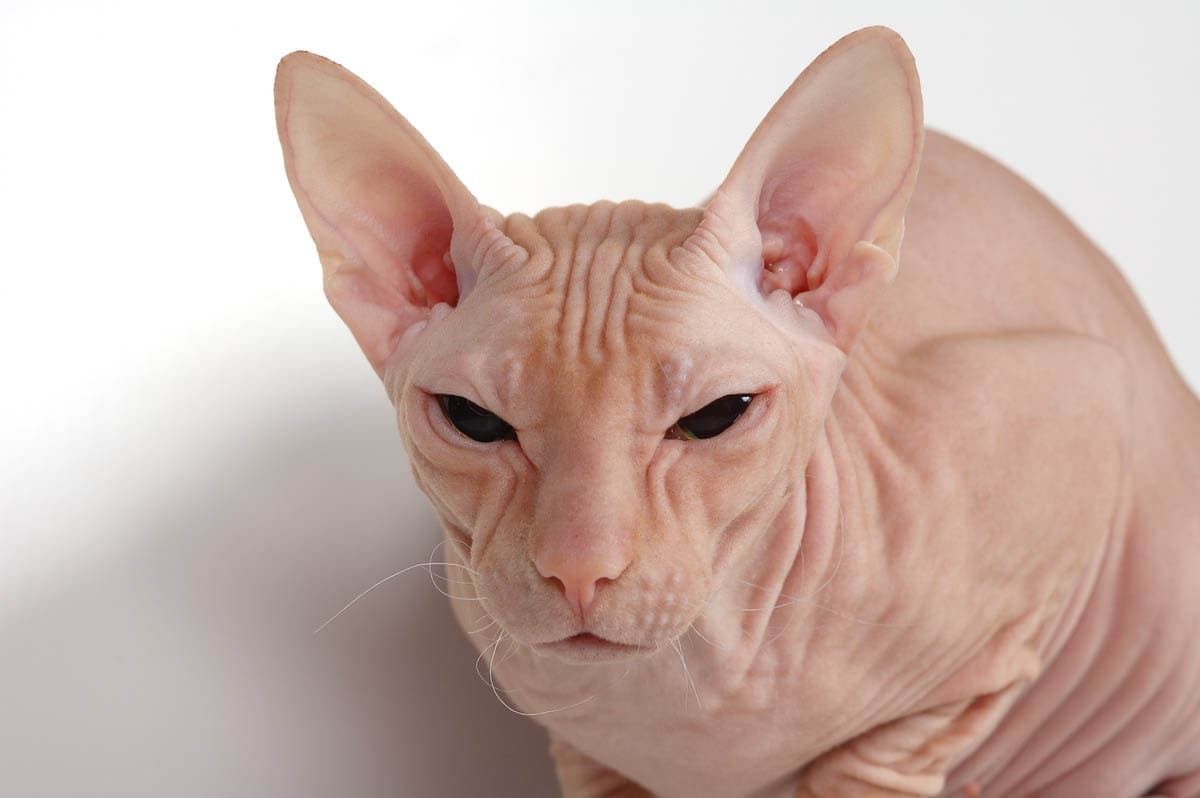 In 1987, Elena Kovalena rescued a blue tortoiseshell kitten. The kitten, named Varvara lost her coat when she was a few months old, and it never came back. She gave birth to a litter of kittens, one of whom also lost her coat at a few months old. Selective breeding followed to establish the breed.

The gene responsible for the hairlessness in the Donskoy is dominant and only one copy is necessary for offspring to inherit the trait. 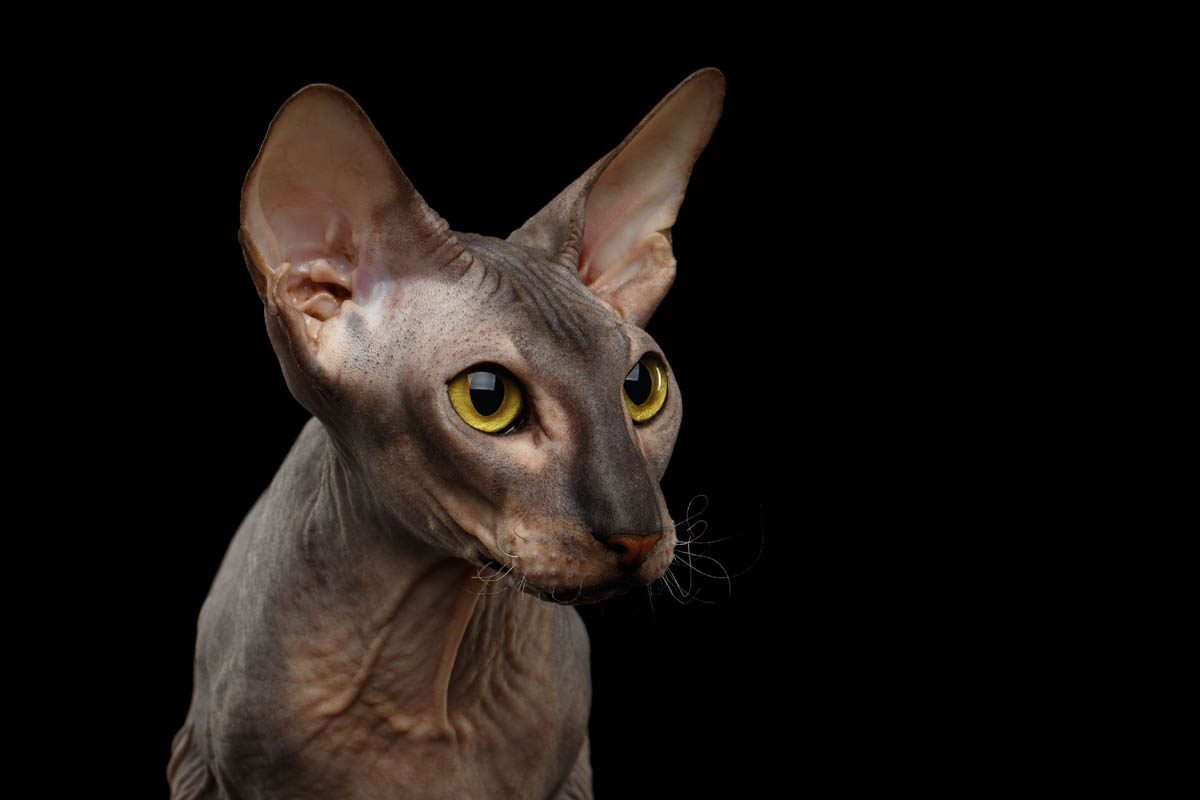 The Peterbald is a man-made breed created by crossing a Don Sphynx male to an Oriental female.

As with the Donskoy, the gene responsible for the hairlessness is dominant, only one copy from one parent is necessary to pass on the trait to the offspring.

The Elf is a rare breed that was created by Karen Nelson and Kristen Leedom, the breed is a hybrid of the Sphynx and American Curl. 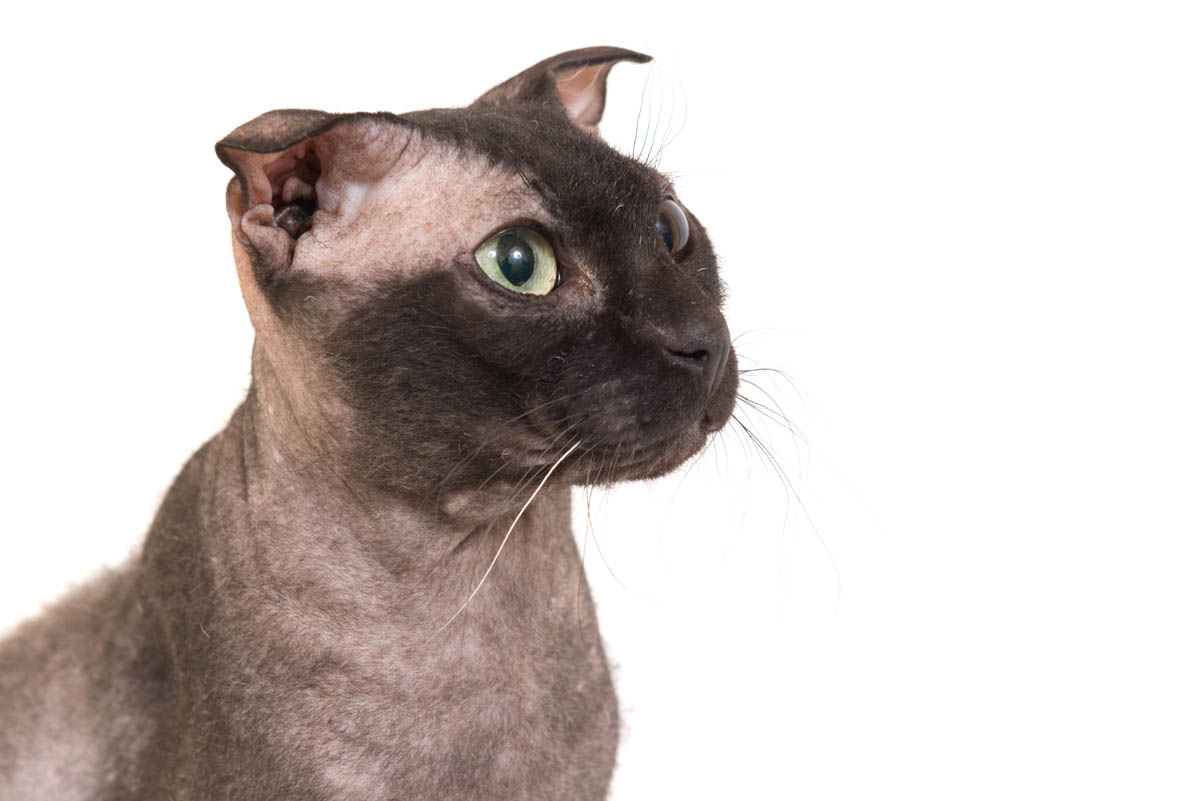 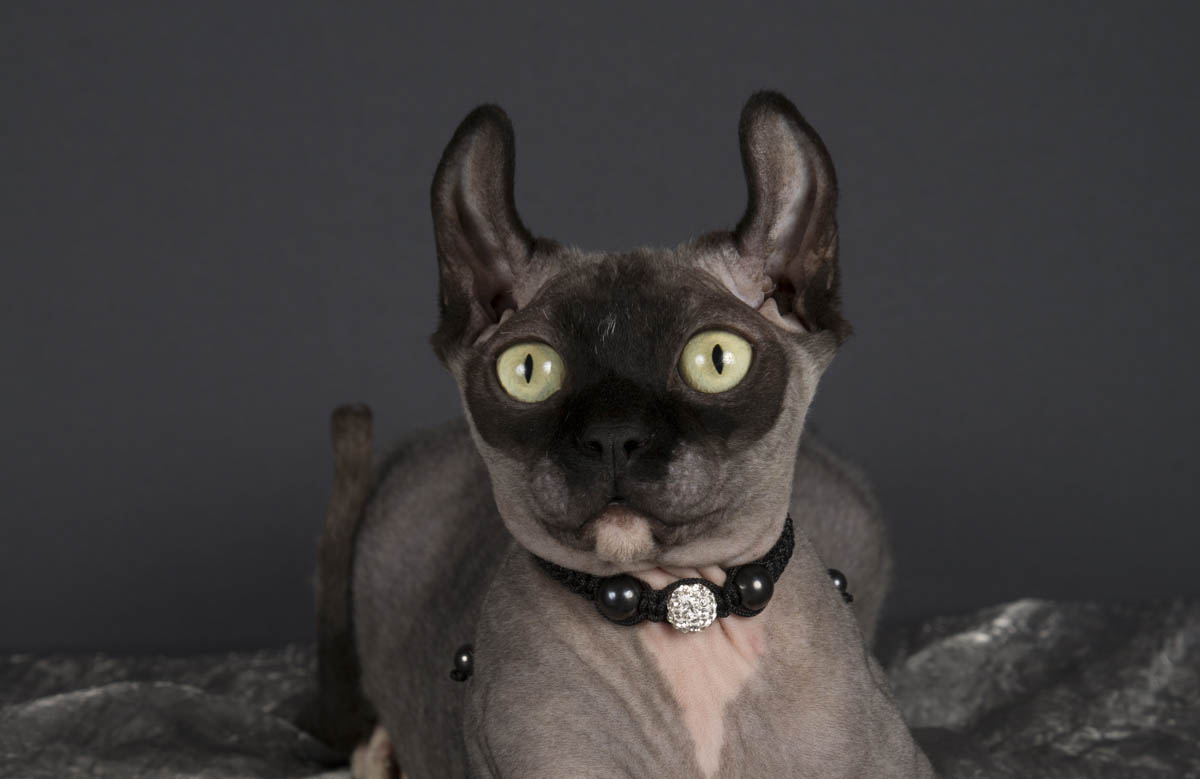 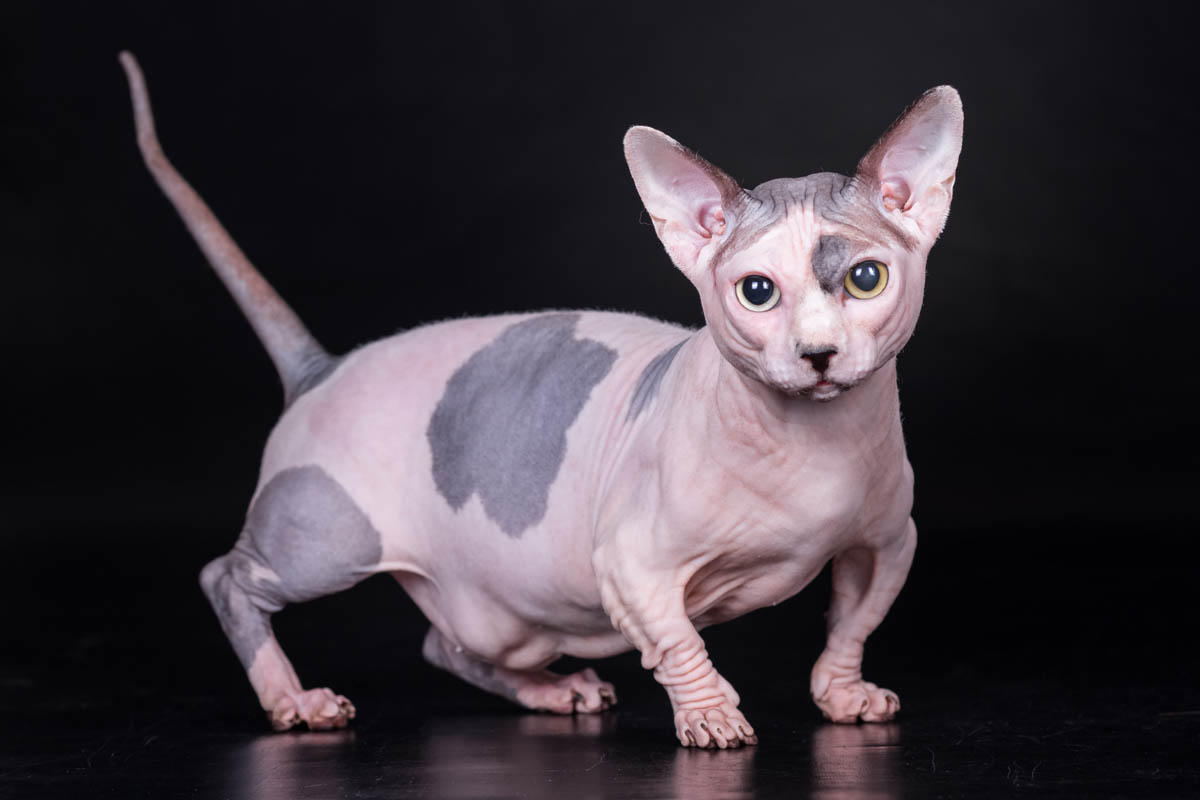 In 2005, Pat and Stephanie Osborne of Holy Moly Cattery received a Sphynx/Munchkin cross and decided to develop this hybrid as a new breed.

Hairless cats don’t have the thick, insulating coat most other breeds do and can be prone to the cold. So if you live in a cold climate, they should be provided with adequate heating.

Also, their skin can be prone to sunburn, so keep them inside during the hot mid-day sun, and if they do have access to an outdoor cat enclosure, there should be adequate shelter for them.

Their skin can be prone to greasiness, and hairless cats generally need to be given a bath weekly.

There are no hypoallergenic cat breeds. The cause of allergies is a protein called Fel D1 which is shed by the sebaceous glands in the skin and found in the saliva. The Fel D1 protein is found on dander, minute particles of old skin and fur that are continually being shed from the cat.

How much do hairless cats cost?

Can hairless cats live with other cats?

Yes, hairless cats and cats with fur can live together in the same household.

Most hairless cats have a small amount of fuzz, some breeds of hairless cats can grow more fur, but it is usually not as much as domestics and other breeds of cat with fur. The photo below shows a Peterbald cat with hair.

Where can I get a hairless cat?

The best place to buy a hairless cat is from a registered cat breeder. Cat councils such as the Cat Fanciers Association and The International Cat Association will be able to provide a list of breeders.