Fleas are the most common external parasite to affect cats and have a worldwide distribution. Not only are fleas a nuisance; they can transmit several diseases and parasites to cats, this is known as vector-borne transmission.

Fleas act as the intermediate host, which means they become infected when they feed on an infected host, they then transmit the pathogen (disease-causing organism) to the cat via the saliva, feces, regurgitation of infected blood (plague) or ingesting an infected flea (tapeworm).

Only 5% of fleas live on the cat, the rest of the time the flea (in its various life stages of egg, larvae, pupae, and adult) lives in the environment. They can be found in all the crevices (under furniture, on or around the cat’s sleeping spots) of a home as well as outside. Cats become infected when a flea from the environment (or another pet) jumps onto the cat. 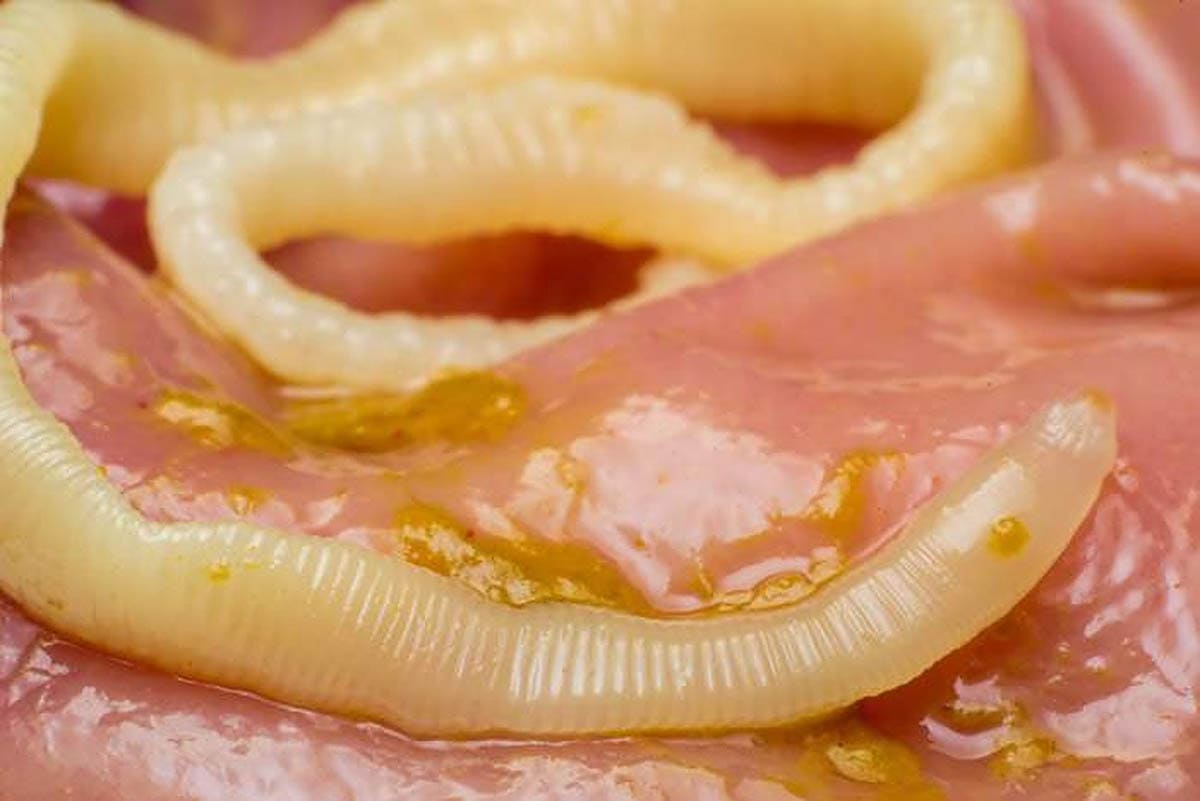 Tapeworm is a parasitic flatworm that lives in the cat’s intestines. Dipylidium canium is the most common tapeworm to affect cats. Flea larvae consume egg capsules containing eggs, once inside the flea larvae they hatch into tapeworm embryos which invade the larval flea body. The flea larvae mature into an adult flea which jumps onto your cat and feeds. Some fleas are consumed by the cat during biting (of itchy skin) or grooming. Once inside the cat, the ingested flea breaks down, and the tapeworm is released. Tapeworms attach to the intestinal wall, feeding off the partly digested food the cat has eaten.

Not all cats with tapeworm(s) will show signs of sickness. When they do, it is usually due to the worm competing with your cat for nutrients.

Tapeworms are treated with anti-worming medication.

The plague is an important disease as it is zoonotic (transmissible from cat to human). Caused by the bacteria Yersinia pestis, the plague comes in three clinical forms: bubonic which infects lymph nodes and is the least severe form, septicaemic which is an infection of the blood and the most severe form, pneumonic infection of the lungs. Fleas are the intermediate host; they ingest the bacteria when feeding on an infected host (commonly a rat), the disease is then transmitted to the cat when the flea attempts to feed on the cat and regurgitates infected blood into the cat.

Symptoms vary depending on the form of plague your cat has but may include anorexia, fever, swollen and ulcerated lymph nodes (bubonic), coughing and sneezing (pneumonic).

The route of exposure determines the organs affected and the symptoms but may include fever, anorexia, ulcers, swollen lymph nodes, conjunctivitis, and difficulty breathing. Disease from flea bites causes the ulcerative form of this disease.

Tularemia treatment includes antibiotics for 14 days as well as supportive care which can include fluid therapy and nutritional support.

Caused by an unusual bacteria known as a mycoplasma which has no cell wall, two species can infect cats ‘mycoplasma haemofelis and mycoplasma haemominutum’. The bacteria attach to the wall of red blood cells. The immune system tries to destroy the parasites, but in the process also kills the affected red blood cells, which lead to anemia (low red blood cell count). Infection is usually via the bite of a flea, although mothers can also pass the infection on to their kittens.

Symptoms are due to anemia and can include weakness, lethargy, pale gums, weight loss, jaundice, fever, enlarged lymph nodes, and spleen. Untreated, FIA can cause death.

Treatment is antibiotics and blood transfusion for severely anemic cats.

Cat scratch disease (CSD) is caused by Bartonella henselae bacteria. It is transmitted via flea feces which contain the bacteria, which are ingested by the cat during grooming. While CSD is of little significance to the cat, it can cause disease in humans. In immuno-competent people this may include loss of appetite, fever, aching and headache, however in individuals with a compromised immune system it can cause more serious illnesses such as inflammation in the retina, encephalitis, conjunctivitis and enlarged liver or spleen.

Treatment in healthy cats and people is usually not necessary, severe cases of those with compromised immune systems may require antibiotics.

Also known as cat flea typhus, Rickettsia is another zoonotic disease caused by an intracellular bacteria known as Rickettsia felis. Fleas acquire the bacteria when feeding on an infected mammal and then transmit the disease to cats when they scratch infected flea feces into their skin (usually via an itchy flea bite).

Cats usually remain asymptomatic; however people, particularly those who have weakened immune systems, can develop a headache, fever, confusion and a rash.

There is no protocol for treating rickettsia in cats; infected people are treated with antibiotics.

This is one of the most common skin disorders to affect cats, many of whom have an allergic reaction to the flea’s saliva. This causes intense itching and miliary dermatitis.

Treatment of flea allergy dermatitis is aimed at avoiding exposure to fleas, but may also include steroids to reduce itching, anti-inflammatory injection, and desensitisation.

A heavy infestation of fleas, particularly in young kittens, can lead to anemia, which is a reduced red blood cell count. Serious anemia can be life-threatening.

Treatment of anemia in cats involves removing the fleas, and in severe cases, a blood transfusion may be required.

How long can fleas live off the cat?

This depends on the life stage of the flea. An adult flea can only survive a few days without a blood feed; however, the pupae can live for up to five months.

Are fleas the same as nits?

No, nits are the eggs of the head louse, which is a different parasite to the flea. Head lice infect people (mostly children), and cat fleas infect cats and dogs. They can sometimes feed off a human host, but won’t stick around for long.

My cat has scabs but no fleas

Some cats can be extremely sensitive to the saliva of the flea, and even one flea bite is enough to cause an allergic reaction resulting in scabs and intense itching.

My cat is foaming at the mouth after a flea treatment

If your cat accidentally licks the flea product, he can foam at the mouth. If in any doubt, call your veterinarian or your local poisons hotline with the name of the flea product.

Can humans catch fleas from a cat?

As stated above, a cat flea can bite a human, but they don’t live on us.

Can you treat a pregnant cat for fleas?

Yes, some topical flea treatments are safe to use on pregnant cats, which includes Advantage, Frontline, and Revolution. Always speak to your veterinarian before treating a pregnant cat for fleas.

Indoor cats can catch fleas. Adult fleas can hitch a ride in on a person’s clothing. It is also possible for the flea pupae to remain dormant for up to six months if there is no host.

Can cats catch fleas in winter?

Cats can become infected with fleas year-round, they are more active in the summer months, but certainly around in winter.