The British Shorthair is one of the most well-known of the British cat breeds.

Blue (grey) is the most popular colour, and the breed is sometimes referred to as British Blue; however, the British Shorthair comes in all colours and patterns.

Due to the introduction of Persian genes after the war to increase the gene pool of British Shorthairs, some cats carry the recessive longhair gene. If two British Shorthair who both carry the gene are mated, some of the kittens will have the long hair coat. These longhaired offspring were sold as pets, or used in the Persian breeding programme. However, several cat councils now recognise the British semi-longhair as a separate breed.

In 1959 Beryl Cox became aware of a stray tomcat to be living in a deserted tin mine near Buckfastleigh in Devon. This tom had an unusually short curly coat. At this time, Miss Cox took in tortoiseshell and white female stray who was pregnant. In September 1959 she delivered four kittens at the bottom of Miss Cox’s garden, one of which had the same curly coat as she’d observed in the stray tom. She named the male kitten Kirlee and planned to keep him as a pet.

In 1960, Miss Cox read a newspaper article that included a photo of a curly-coated Cornish Rex (discovered ten years previously). The article was for an up and coming cat show and included was a photo of a curly-coated kitten by the name Du-Bu Lambtex. It went on to say that she was the only curly coated cat in Britain. Miss Cox wrote to the breeder of the kitten, Agnes Watts explaining that she too had a curly-coated cat. It was presumed that Kirlee carried the same gene as that of the Cornish Rex.

Work began to establish both the Cornish Rex and the Devon Rex as unique breeds. Kirlee went to live with a member of the Cornish Rex group by the name of Mrs P. Hughes. She mated Kirlee to one of the straight coated females by the name of Broughton Purley Queen. The litter comprised of three kittens, two were straight coated, and one female (Broughton Golden Rain) was curly-coated like her father. And so the Devon Rex breed began. All Devon Rexes can trace their ancestry back to Kirlee.

The story of the Cornish Rex begins in Bodmin Moor, Cornwall. On 21st July 1950, a tortoiseshell cat by the name of Serena and owned by Mrs Nina Ennismore gave birth to a litter of five kittens. One red and white coloured kitten in this litter had an unusual curly coat. The kitten was named Kallibunker (Kalli)and was to become the founder of the Cornish Rex breed.

Nina Ennismore’s veterinarian suggested she contact geneticist A C Jude. He advised she mate Kallibunker back to his mother. This mating produced three kittens: a straight coated female and two curly-coated males. Sadly, one of the males died at seven months of age, but the second male named Poldhu (along with Kallibunker) went on to sire further litters. The early Cornish Rexes were outcrossed to domestic cats.

The Oriental Shorthair is a Siamese-type cat but in a variety of coat colours, instead of the colour points of the Siamese cat.

First conceived in the 1950s in the United Kingdom where breeders wanted a Siamese-type cat but in different colours. Siamese, Russian Blues, Abyssinians, and domestic shorthairs were used to achieve this.

Orientals were imported to the United States in the 1970s. The CFA accepted them for championship competition in 1977. 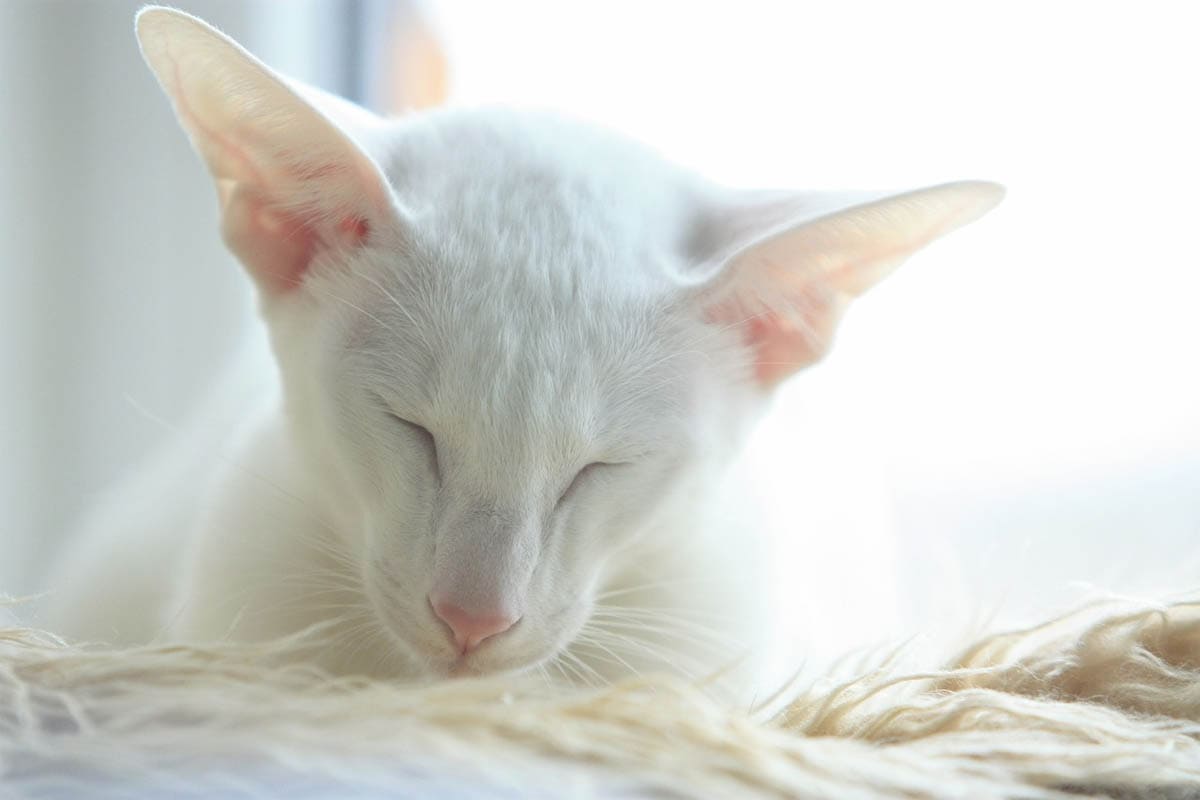 Feline genetics expert Patricia Turner wanted to create a pure white Siamese without the known deafness associated with many white cats. A breeding programme was established that crossed Siamese with white British Shorthairs.

The Havana Brown is a man-made breed originating in England in the 1950s and is the result of crossing a Siamese male by the name of Tombee to a black short-haired female called Susanah. Susannah herself was half Siamese/half black moggy). Four kittens were born, three blacks and one stunning brown male who was named Elmtower Bronze Idol.

Mrs Isobel Munro-Smith (Elmtower) was the owner of both cats. Other breeders involved in the creation of the Havana Brown in the early days include Baroness Edit von Ullmann and Mrs A Hargreaves who were the first to come up with the idea of creating a self-brown cat. Mrs Munro-Smith and Mrs Elsie Fisher joined the group later and together they formed the Chestnut Brown Group.

A London-based breeder by the name of Pat Turner visited the Ross’s, returning home with a male called Snowdrift. She began an experimental breeding programme with the breed. Patricia convinced Ross’s to change the name to Fold. 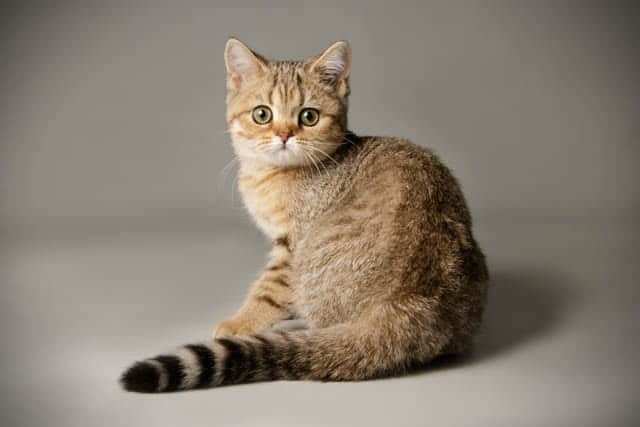 Scottish Folds cannot mate together as the offspring will be homozygous (i.e., have two sets of the Fd gene, making it double-strength, so to speak) which results in debilitating skeletal deformities. Permitted outcrosses are the British Shorthair and American Shorthair. Kittens from these matings will have upright ears for the first few weeks, if kittens carry the folded gene, the ears start to fold over around 3-4 weeks of age, kittens whose ears remain pricked are known as Scottish Straights.

Named after a South American rodent, the Chinchilla is essentially a silver Persian although some claim it is a separate breed. Either way, it is a cat with Persian-like qualities, although less extreme in the face. The breed came about in an attempt to create a silver-coloured Persian cat.

It is one of the oldest man-made breeds beginning in 1882 with a cat by the name of Chinnie. Chinnie was the result of a chance mating between a blue Persian and a stray tom (of unknown origins), the litter produced a smoke-coloured kitten who was sold to a Mrs Vallence, who named her Chinnie. Chinnie was mated to a silver tabby, and one of the kittens from this litter gave birth to the first Chinchilla male (Chinnie’s grandson). He was named Silver Lambkin.

The breed is also referred to as shaded silver Persian or golden shaded Persian.

The Burmilla came about as the result of an accidental mating between a Lilac Burmese female (Bambino Lilac Faberge) and a Silver Chinchilla male (Jemari Sanquist). In 1981 Miranda Bickford-Smith of Astahazy Cattery had purchased a Silver Chinchilla (Sanquist) as a pet for her husband. Faberge came into season and was isolated, but a cleaner accidentally left Faberge’s door open, and she was able to escape and pay a visit to Sanquist. The result of this mating produced four female kittens, all short-haired and Black Shaded Silver in colour.

These stunning kittens had a spectacular temperament, and there was much interest in them, a controlled breeding programme was established to develop the breed.

In 1984 a Burmilla standard was created, and the breed was granted recognition in 1997.