What is a Colourpoint Shorthair?

Most cat councils recognise the Colourpoint Shorthair as a Siamese, however, the Cat Fanciers Association and the World Cat Federation recognise them as a standalone breed.

Somerville Scarlet Pimpernel (Robber) was a male redpoint kitten bred by Lucy Price born in 1948 and given to Dr Nora Archer. His father was a seal point Siamese named Yewtree Yaanta, owned by Mrs Gordon Wilson and his mother was a tortoiseshell cat of Siamese type called Amanda.

Amanda’s mother was Devoran Sally Girl (Ming), born in 1945 and bred by Lucy Price. Ming’s owner, Mrs Matthews, had accidentally let her out and she mated with a red domestic shorthair who must have carried the pointed (Himalayan gene).

Robber was mated to Doneraile Dew, a Seal Point Siamese born in 1947 which produced Somerville Harlequinna, a tortie point. She was mated back to her father, and a female redpoint, Somerville Golden Seal was kept by Dr Archer.

Once achieved, recognition was sought with the GCCF, but they could not allocate a breed number at this stage and counter-proposed a breed number under the classification Foreign Shorthair. Miss Ray did not accept this as several generations of breeding had produced cats with the Siamese type. A second attempt was made in 1958, and the GCCF debated with the Siamese Cat Club, however, it was decided that there were not enough breeders to justify the proposal.

Interest increased and cats were registered under any other variety (AOV). The Red Point and Tortie Point Club was formed by Mrs Lingard and Mrs Cahill and preparations were made to apply for recognition and on 13th July 1966, the red point and tortie point Siamese were granted championship status.

More new colours were introduced including cinnamon and fawn.

On the other side of the Atlantic Ocean, American breeders were also working on introducing new colours by crossing a Seal Point Siamese to an American Shorthair. Unfortunately, information on the breeders and foundation cats is scarce compared to UK history. 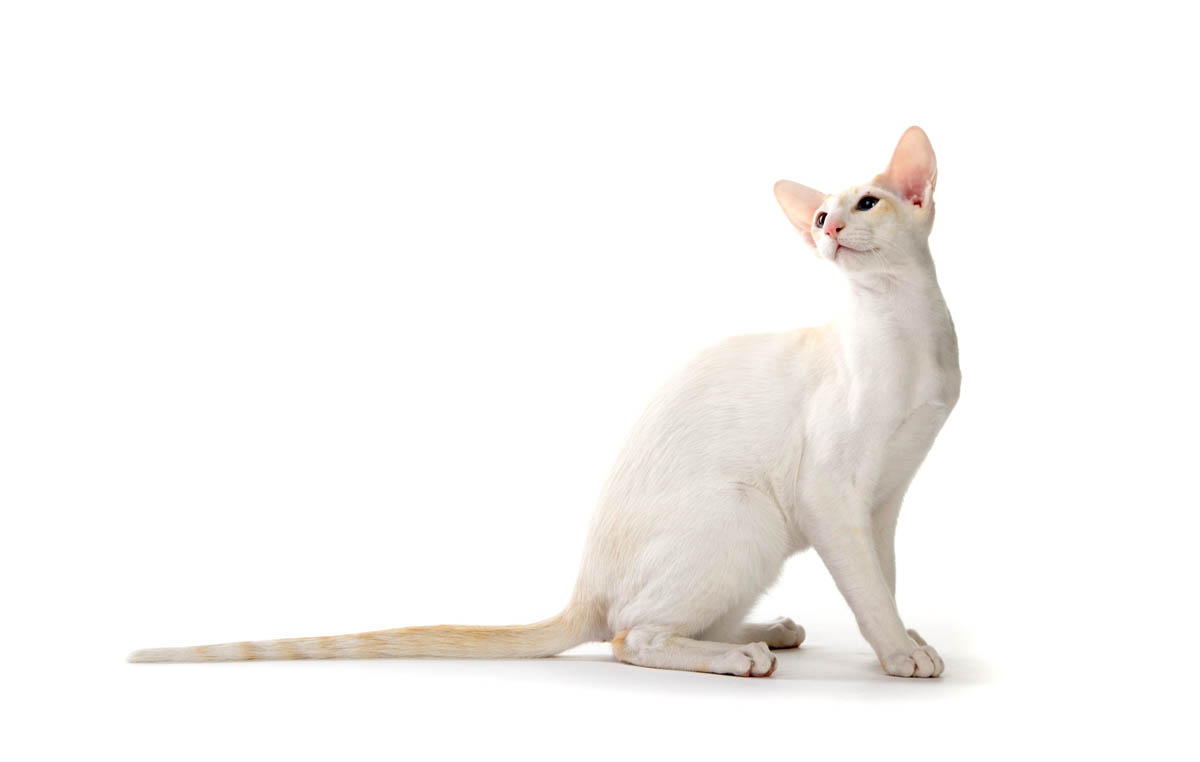 The colourpoint shorthair is a medium-sized cat that has a similar appearance to the Siamese, with a slender and angular body, and slender legs.  The head is a long, tapering wedge, with large ears set wide apart continuing the lines of the wedge and the nose is long and straight with no break.

The colourpoint shorthair is a highly intelligent, loving and loyal cat who forms close bonds with his or her human family.

Like their Siamese cousins, the colourpoint shorthair can be jealous, especially if he or she has formed a particularly close bond with one member of the family and can be quite demanding of attention.

Colourpoint shorthair cats love to be close with their family and will follow you from room to room providing a running commentary. Their people loving nature means they don’t do well if left for long periods. If you are out of the house a lot, consider adopting two cats for company.

Due to their intelligence, it is easy to train a colourpoint shorthair to play fetch or walk on a leash.

As with the Siamese, Colourpoint Shorthairs may have an increased incidence of the following:

All purebred cats should be purchased from a registered breeder and not a backyard breeder. It is preferable to visit the cattery to meet the breeder and cats including the parents of the litter.

Most breeders will not send the kitten to their home until 12-16 weeks. This enables the kitten to spend time with its mother and littermates and learn proper socialisation skills. Many breeders also wait until the kitten is large enough to be desexed (spayed or neutered) before they go to the new home. This guarantees that the kitten will not end up in the hands of a backyard breeder or kitten farm.

Check that the breeder offers a health guarantee and how long for. Get everything in writing.

Most breeders will provide you with a pedigree, but this should be discussed before money has changed hands. If the cat is pet-quality, the breeder may choose not to provide a pedigree. Most pet owners don’t need this, but if you plan to show your Colourpoint Shorthair, it will be needed.

All shorthaired cats benefit from a weekly brush to remove loose hair from the coat.

Brush the teeth daily with a cat toothbrush and toothpaste (never use human toothpaste) to remove plaque. Some veterinarians also recommend feeding chicken necks or chunks of steak once or twice a week to keep the teeth clean.

Kittens receive a set of three vaccinations between 6-8 weeks, 10-12 weeks and 14-16 weeks followed by an annual or tri-annual booster. The F3 is known as a core vaccination and covers the three primary causes of cat flu and rabies is mandatory in many countries. Your veterinarian will be able to advise you on necessary vaccination guidelines.

Siamese cats thrive on human interaction and benefit from plenty of time spent with their human family, this should include daily play therapy as well as interactive toys and puzzles to keep the cat mentally stimulated.

Ideally, the cat should be confined indoors or provided with a cat enclosure so that he or she can enjoy the outdoors without the risk of cars or predators.

Yes, Colourpoint Shorthairs shed, but their short fur means it is not as noticeable as other breeds.

No, there is no true hypoallergenic breed of cat. There is anecdotal evidence from breeders and Siamese owners that claim Siamese cats shed less than other breeds, which means there is less Fel 1D in the environment.

Do all pointed cats have blue eyes?