Table of Contents hide
1 What breed is the calico cat?
2 How does the calico coat pattern occur?
3 Why are females black and orange?
4 Are calico cats sterile?
5 Breeds of cat which can come in calico
6 Calico cat FAQ
7 Calico cat names

What breed is the calico cat?

A calico cat is a common coat pattern which consists of a white base with patches of red and black or red and tabby and is not a breed. The calico coat pattern is also known as tricolour or tortie and white.

There are four base (solid) colours in cats:

Why not white? Because a cat with a coloured and white coat (calico) has a gene which switches off colour in some parts. The gene responsible for this is the piebald or spotting gene (abbreviated to S), which is dominant. This means a white cat is genetically a coloured cat, but the S gene has switched off the colour in certain areas.

To understand why calicos are so rare in male cats, we need a little understanding of genetics. 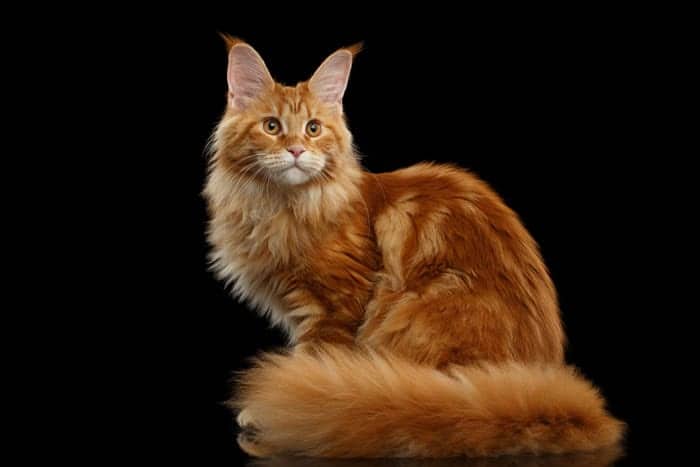 The red (actually known as orange and abbreviated to O) gene is only carried on the X chromosome, which makes it sex-linked. The O gene is dominant (all dominant genes are abbreviated in UPPER CASE, all recessive are lower case). The mother’s eggs only carry an X chromosome, but the male sperm can carry either an X or a Y chromosome. Each cat will inherit an X from their mother and an X or Y from the father.

If however, the female kitten inherits both the O and the o (usually black) gene, then because she has two X chromosomes (instead of an X and a Y like the male), both black and red will show making a tortoiseshell cat.  If she also inherits the white spotting gene which is responsible for the white coat colour, she will be black, red and have areas of white.

I like to think of the X chromosome as having four sections (or arms), and the shorter and smaller Y only has three. The extra arm the X chromosome contains additional genes including the O gene.  Most genes (except for the sex-linked X and Y) come in two pairs, one from the mother and one from the father. Therefore the male cat only inherits one O gene (which is dominant) from the X chromosome from his mother.

We already know that calico cats are almost always female, and they are as fertile as any other cat.  It is very rare for a male to be calico when he is; he is almost always sterile.

There are two possible ways for a male to be calico:

If he inherits an extra X chromosome and is therefore XXY, this is known as Klinefelter syndrome.

If two recently fertilised eggs (XX and XY) which have fused, meaning there is one cat, but it has two distinct sets of DNA. This makes him a chimera.

If one fertilised egg develops two distinct cell lines, which makes him a mosaic.

Breeds of cat which can come in calico