What breed is my cat?

Many pet owners are interested in the ancestry of our cats and what they are made up of. While mixed-breed dogs are just that, a combination of different breeds, cats of unknown origin are most likely to a domestic shorthair or domestic longhair and no particular breed.

Non-papered purebred or part-purebred cats aren’t as common as people think. Registered cat breeders keep a tight control over their breeding cats, and for a good reason, they want to preserve the integrity of the breed, and this includes carefully selecting only the best examples of the breed to use in their breeding programme, only ever mating purebred cat to purebred cat and only ever using cats who are registered. Most registered cat breeds can only mate with the same breed (ie; British Shorthair to British Shorthair, Siamese to Siamese). It is possible for an oops litter to be born occasionally, sometimes despite their best intentions a breeding cat escapes and mates with the local tomcat but it doesn’t happen often.

The popularity of early desexing (spaying and neutering) has meant that by the time a purebred kitten is ready to go to his or her new home, they have already been desexed, making it a lot harder for non-registered pet guardians to let their cat have a litter or two. Most breeders will only sell an entire cat for breeding to another registered breeder.

Many domestic shorthair and longhair cats share the same characteristics with pedigree cats and this is where it becomes confusing. When it comes to trying to determine what breed a cat is, the most common; these domestics are assumed to be:

Many people often confuse coat colours and markings for cat breeds. I have heard many people say “My cat is a tuxedo” or “I have a calico cat“.

Tuxedo is a black bicolour (i.e., it has white and black)

Calico is a cat with a predominantly white coat, with ginger tabby and black spotting

Both are names for coat colours/patterns; they are not breeds. It is fine to use these descriptors when talking about your cat as long as people realise it is a colour and not a breed. Incidentally, did you know that almost all calico cats are female?

It is now possible to have a DNA test performed by UC Davies to determine a cat’s lineage. Unlike dog breeds, which have been around for hundreds of years, cat breeds are relatively new. All cat breeds descended from random-bred wild cats who originated in 8 geographic regions including Western Europe, Egypt, East Mediterranean, Iran/Iraq, Arabian Sea, India, South Asia, and East Asia. A DNA test can provide information on your cat’s lineage based on 29 reference breeds using 170 DNA markers. 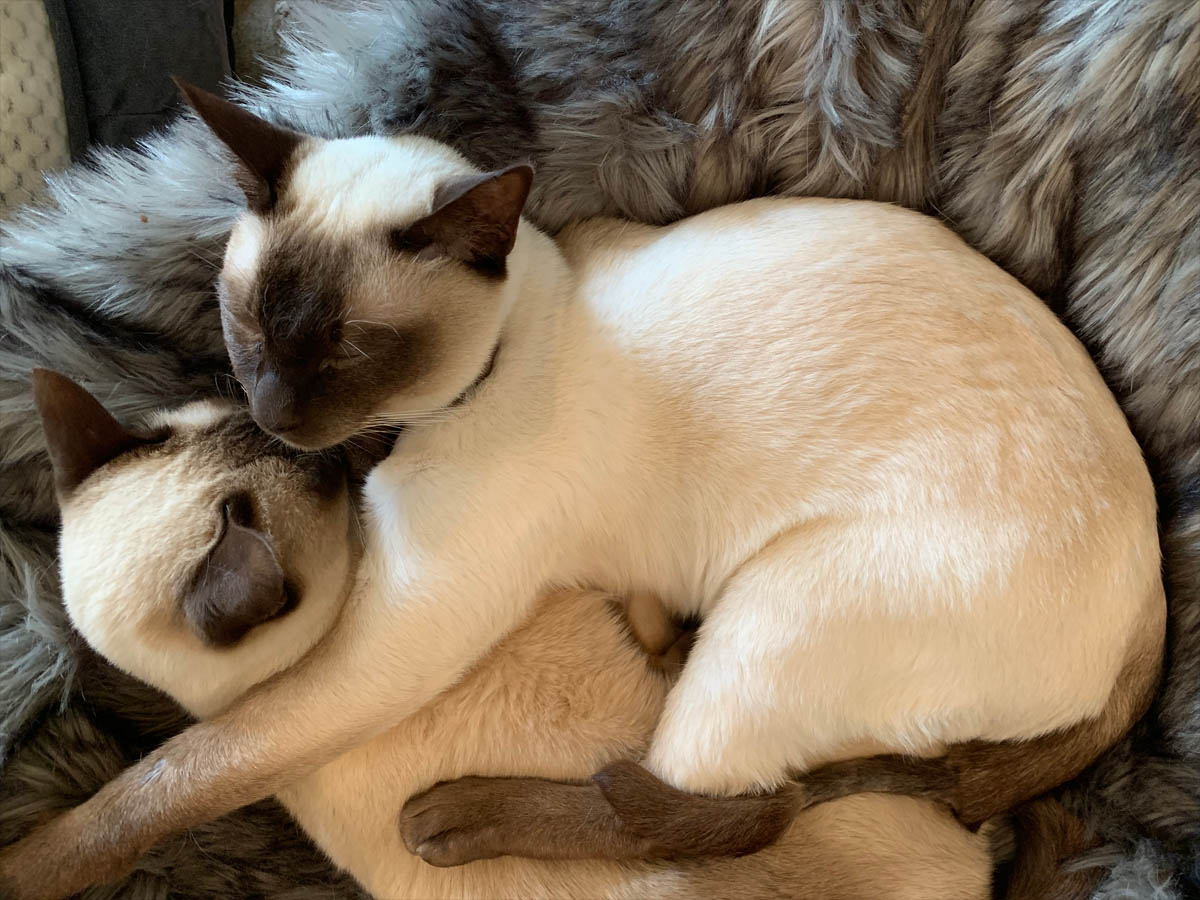 There are times a purebred cat has no papers; this may be because they came from an unregistered breeder or they have been lost when the cat has been rehomed. We recently adopted two Tonkinese cats from the RSPCA and don’t have their papers or much history. They look like Tonkinese, but I cannot be 100% sure because they have no pedigree to verify that.

The incidence of non-papered breeds in pet shops has declined a lot over the past twenty years due to early desexing and stricter rules and regulations. Some pet shops still sell entire cats, but they are thankfully in the minority. These kittens usually come from three sources; kitten mills, which produce kittens en-masse, backyard breeders or registered breeders who offload kittens to pet shops without papers. Cat councils prohibit their members from selling kittens to pet shops. Therefore, when a breeder does supply kittens to a pet shop, the breeder’s name will not be provided to the new kitten buyers. The problem is, without papers, it is impossible to know if what you are paying a lot of money for is purebred.

How do I describe my cat? 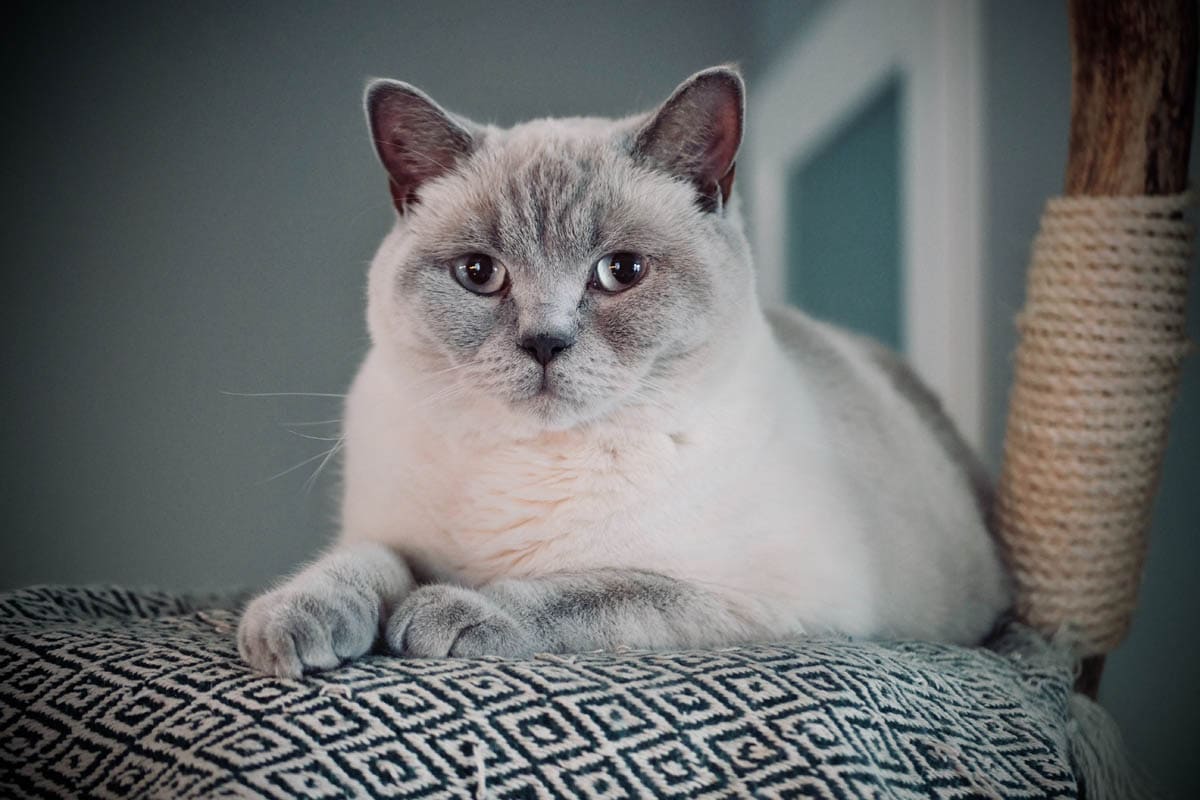 Many pet owners like to know what they have out of curiosity, and it helps to have a description to use when talking about their cat. Even without papers or breeds, we can still do this. The cat fancy is just that; it has a lot of very fancy names. You have longhaired, medium longhaired and shorthaired cats for starters. Then there are 101 (not literally) different coat patterns and colours. There’s classic tabby, spotted tabby, mackerel, ticked, shaded, pointed, van to name a few. With so many colours including black, white, grey, red, tortie, lilac, caramel, fawn…and that’s barely scratching the surface. When I describe my Oriental cat, I say the following, ‘he is a chocolate Oriental‘. Colour first, breed second. So, you may have a calico domestic shorthair or a domestic tuxedo longhair.

Most cat clubs have a domestic or household pets section where cats without papers/domestics can be exhibited. If you think your cat has the looks and temperament, give it a go! Some of the most beautiful cats I have seen were domestics.

All domestic cats share the same common ancestor. Cat breeds evolved due to genetic mutations which conferred a benefit (ie; shorthaired cats developing a long coat in cold climates) or a mutation occurred which breeders chose to develop, and finally, cat breeds developed by crossing different breeds or cat species (namely the Bengal). Many of the traits found in purebred cats are also common in domestics.

It is always possible that a cat with no history has some purebred lineage. But we should also remember that many of the breeds of cats we know today came about by selective breeding of ordinary domestic cats and ultimately, all cats and all breeds came from one common ancestor.