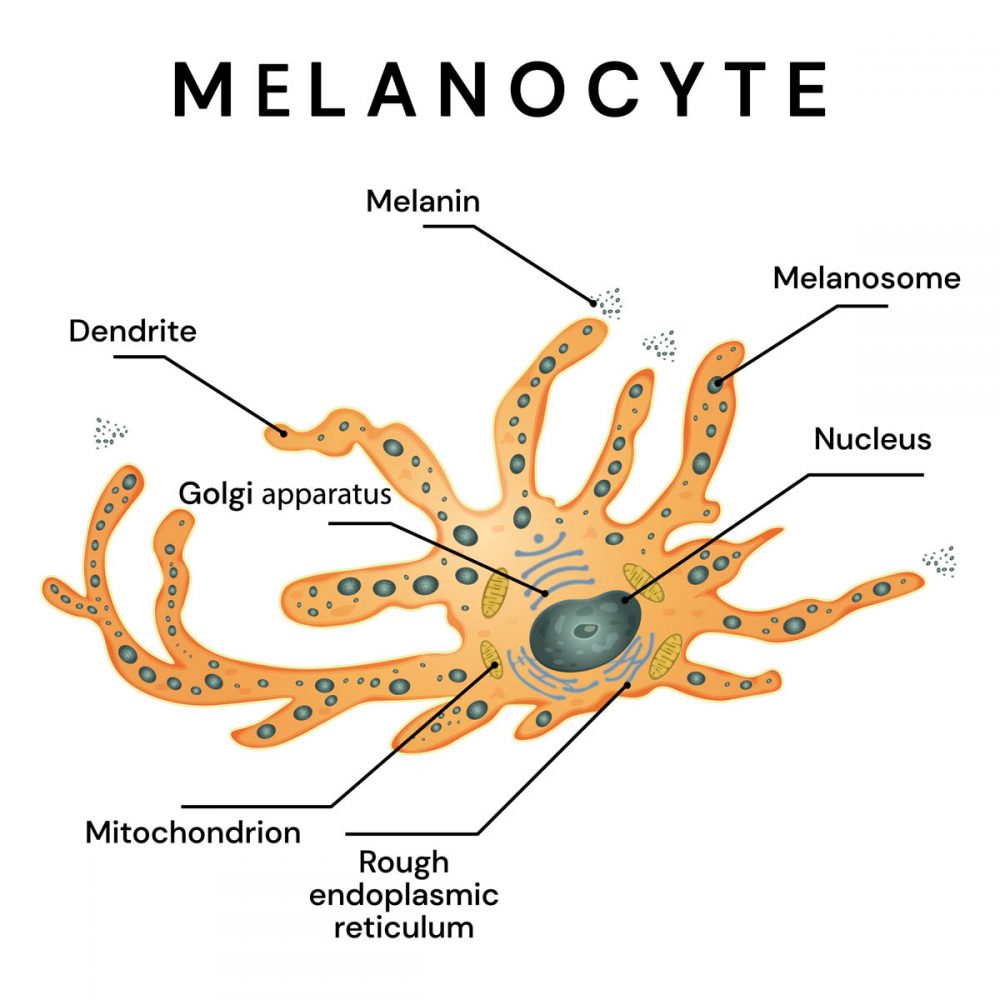 Melanocytes produce melanin which is responsible for colour. While all cats have similar numbers of melanocytes, the amount of melanin can differ. The function of melanin is to limit the amount of light that enters the eye to protect the light-sensitive retina located at the back of the eye.

The more melanin, the darker the eyes, the less melanin, the lighter the colour will be and a complete absence of melanin results in red eyes. Blue eyes of white cats had normal pigmentation of the iridial and retinal pigment epithelia but no stromal pigmentation of the iris or choroid. Interestingly, the deep blue eyes in pointed cats (Ragdoll, Siamese, Birman, Himalayan, Snowshoe) is due to the pigment-reducing effects of the albinism allele as well as a low amount of pigmentation. Full coloured cats from lines that produce deep blue eyes in pointed kittens are more likely to have green eyes while pointed cats from lines that produce deep copper eyes in full-coloured kittens are more likely to have pale blue eyes.

As melanin production is triggered by light, all kittens are born with blue eyes, due to their development in the dark womb. Eye colour starts to change in kittens from the fourth week.

The blue eye colour in cats occurs in one of three ways:

1) Dominant White (epistatic white cats) – The gene responsible for blue-eyed white cats is symbolised by the letter W, it is dominant, and therefore only one copy is required for the trait to be expressed. This gene suppresses the expression of the coat and eye colour. This means, for example, you can have a genetically black cat (or red), but if he carries the W gene, the colour will be masked. Blue-eyed, white cats are quite often deaf as the W gene also affects the development of the specialised cells within the ears.

The gene responsible for the Siamese cat and other colourpoint breeds (cs) is recessive, which means the offspring must inherit a copy from each of the parents. In Siamese/colourpoint cats, the gene causes partial albinism, (known as Himalayan albinism) and is also found in other animals such as the rabbit or mouse. The gene causes the coat colour to be heat sensitive, so the cooler extremities such as the nose, ears and tail show colouration and the rest of the body are cream to white.

Blue-eyed albinos are different from epistatic white cats; in the latter, the pigment is masked. There is pigment in the irises with both types, but it is significantly reduced compared to other eye colours. Blue-eyed albino cats are so because of an absence of melanin, not a masking of it.

3) White spotting gene (piebald) – White-spotted cats are prevalent, and this spotting can occur with any colour or pattern. The white spotting gene (represented with the symbol S) causes a defect in embryonic cells known as melanoblasts. These specialised cells are destined to become melanocyte cells that produce melanin granules in the hair and eyes. The melanoblast cells arise from the neural crest along the back of the embryo and migrate over the body. In cats who carry the white spotting gene, the defective melanoblasts are reduced in numbers and fail to reach all parts of the body. If the melanoblasts don’t reach their positions before the skin is formed, the skin will be deficient in those cells which leads to a lack of pigment production, which causes a white spot and blue eyes.

4) The Ojos Azules is an extremely rare breed of cat with a coloured coat and blue eyes. Unlike the blue-eyed Siamese who can be prone to strabismus (crossed eyes) and the epistasis white cat who may also be deaf, the gene doesn’t appear to affect the eyes or ears. However, it does cause other congenital problems in the homozygous form (i.e., the cat carries two copies of the gene, one from each parent) including cranial defects and stillbirth. To avoid this problem, the Ojos Azules can only be mated to non-blue-eyed cats. 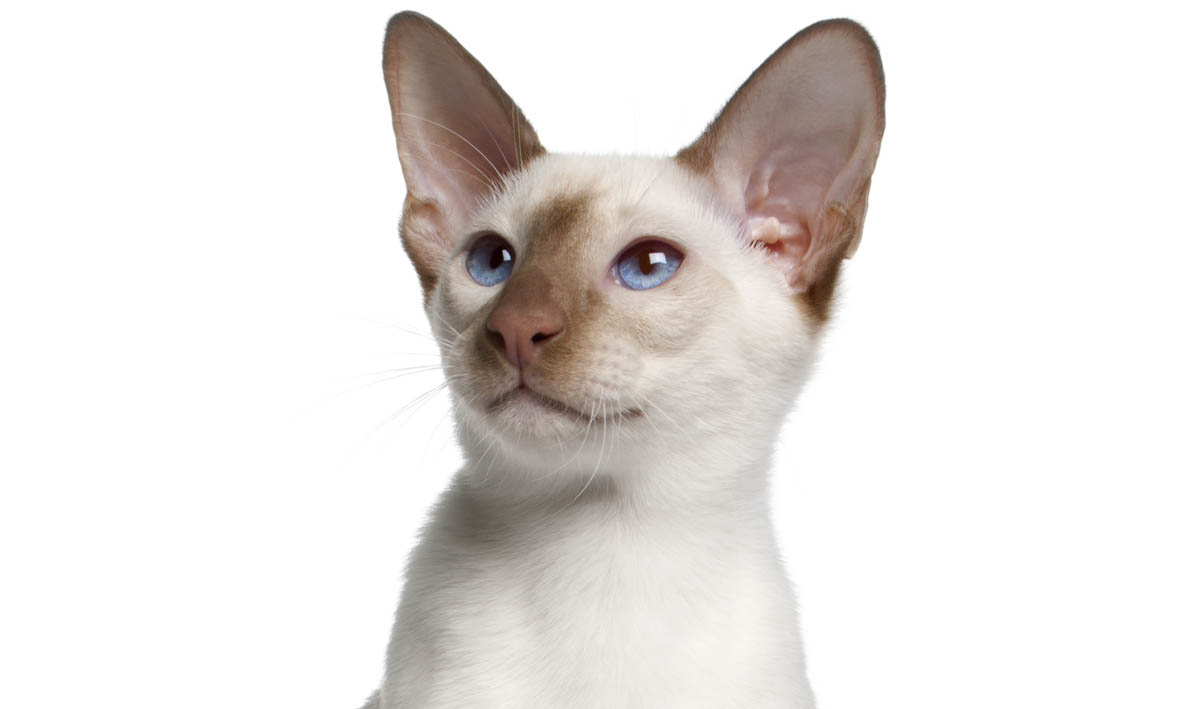 Blue is a relatively common eye colour for cats and can be found in both purebred and mixed breeds.

Deafness can occur in blue-eyed cats who have the dominant white gene as this gene also affects the development of the specialised cells within the ears. However, not all blue-eyed cats carry this gene, for example, cats with albinism or cats with the white spotting gene.

There are several causes of blindness in cats, some genetic (progressive retinal atrophy); however, the blue colouration is not a cause of blindness, and blue-eyed cats are at no greater risk of blindness than cats with other eye colours.

No, they are not rare, but they are less common than other colours and patterns.